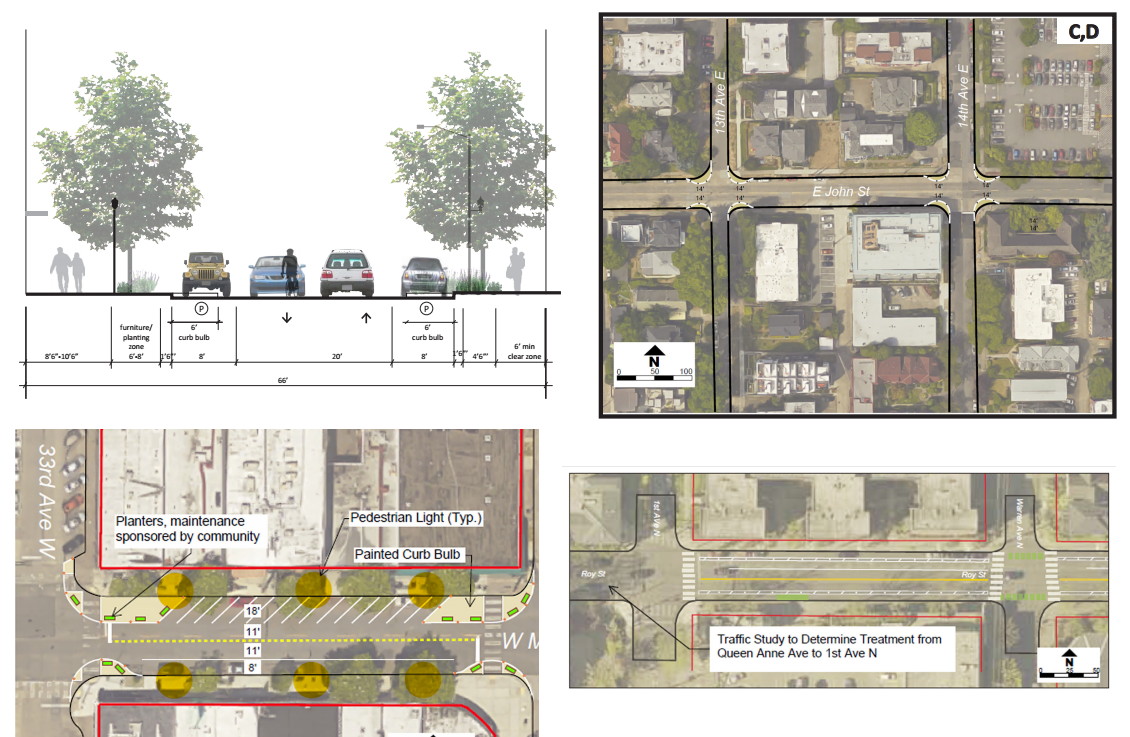 One of the biggest stories of the year for neighborhood groups has been Ed Murray’s dissolving of the District Neighborhood Councils. As we covered before, one of the biggest tasks that the DNCs had on their plates was a front-line say in the distribution of grant money, namely in the form of Seattle Department of Transportation (SDOT) street improvement grants. Neighborhood Park and Street Fund (NPSF) grants are handed out once per year, and the larger Neighborhood Street Fund (NSF) grants are given out once every three years.

Earlier this year the NSF grants began their cycle again: prior to Ed Murray’s announcement all 13 district councils had selected a top five project list and SDOT was in the process of evaluating them for cost and scope. Projects must involve SDOT right-of-way and generally have a total cost of $1 million or less.

The District Councils will remain in place for the remainder of the grant approval process this year. I want to detail the projects both out of an interest in providing information on vital improvements to our streets, and also as an illustration of the type of projects that the current District Neighborhood Council produces. As the process changes and the City finds new ways to invest the money currently invested in staffing the DNCs, the stakeholders that the grant process brings to the table will change too.

This first post will focus on improvements in Central Seattle and we will cover the proposals in the remaining districts in subsequent posts.

The next step for these proposals is they get ranked by the district councils that selected them in the first place, only now they have the full feasibility analysis conducted by SDOT and the cost estimates. But an extra added level of process is added this year as the Move Seattle levy oversight board will review the proposals after the councils, and it is that board that will make recommendations to the Mayor and to the City Council for inclusion in the 2017 budget.