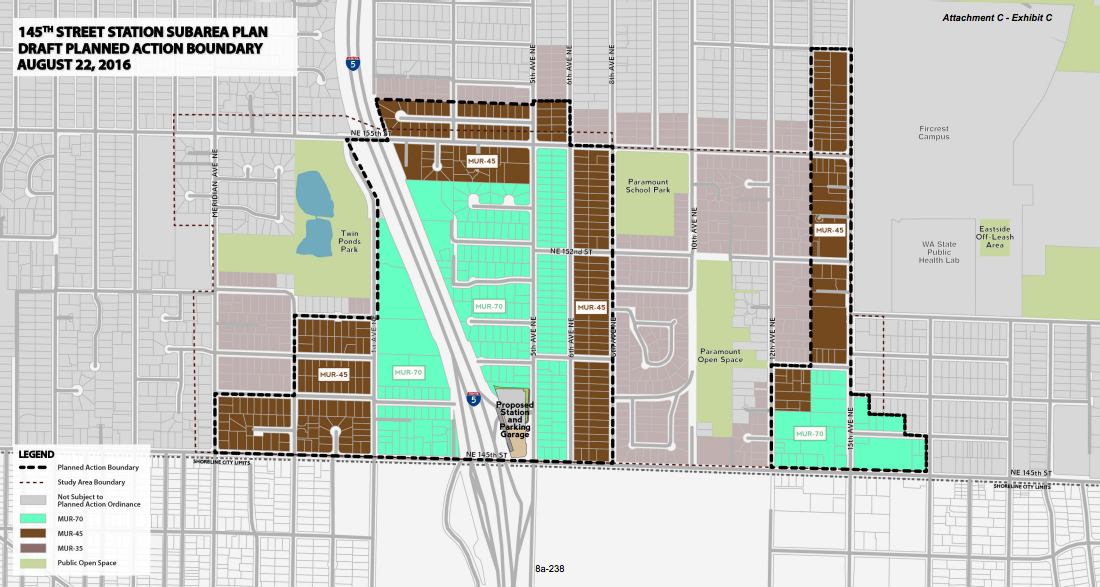 Over the last several years, Shoreline has been designing plans for rezones around planned light rail stations at 185th Street and 145th Street. As covered here in previous articles, the 145th Street Station is moving further to the north, and the Planning Commission-recommended zoning proposal considered was amended to respond to that.

Tonight, four new ordinances that would create new zoning around the 145th Street Station and amend development regulations for the 185th Street Station area will be considered by the city council. This will be the first part of a two-part session that will begin with the council studying the proposed ordinances, followed by a separate session where these may or may not be adopted. Should they pass, they would represent a significant transformation in what is allowed around the station footprint at 145th Street, allowing a new town center to grow around the future station.

The sessions are open to the public, so if you would like to watch the council proceedings or have a chance to provide public testimony, come to Shoreline City Hall. The city council session will start at 7pm tonight.