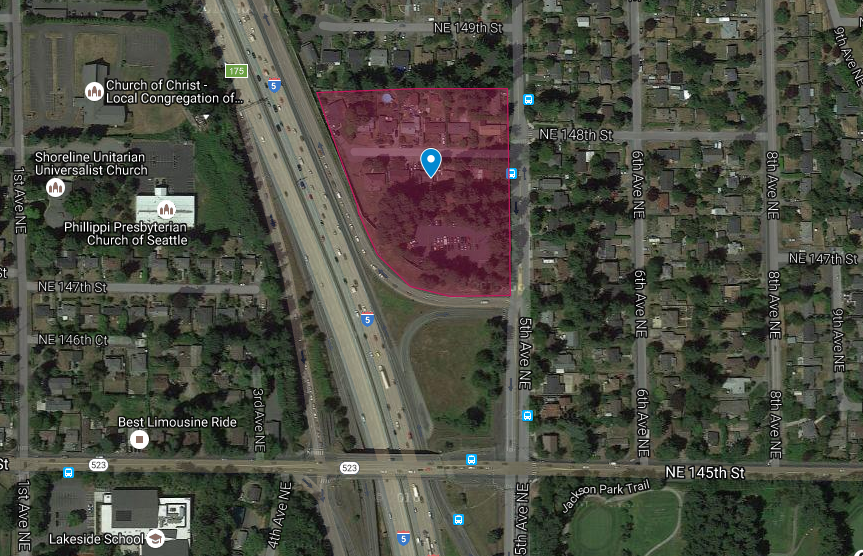 On Thursday, the Shoreline Planning Commission held a hearing to take public comment and vote on several resolutions related to the 145th Street Station Subarea Plan. The plan aims to change single-family zoning near the coming light rail station to support 35-foot, 45-foot and 70-foot buildings (and higher with the many incentives that Shoreline plans to offer) in new zoning pockets within the walkshed of the station. The commission members passed Ordinances 750 and 751 on Thursday, but postponed voting on additional ordinances such as 752 until the continuation of the public hearing tonight at 7pm.

Tonight’s hearing is open to the public, although public testimony was closed Thursday, and will again take place at Council Chambers at Shoreline City Hall.

At Thursday’s meeting, a small crowd of local homeowners gathered to issue mostly a negative view of the rezone (with a few notable exceptions) and to demand a delay or cancellation of the rezone effort. Complicating the decision was an email circulated from some Sound Transit officials just hours before this meeting that revealed plans to move the 145th Street Station 400 feet to the north, away from the freeway interchange and over an existing street to improve transit access to the train station.

Apparently Sound Transit, while consulting with King County Metro Transit, came to the conclusion that the previous site over a state-owned drainage facility adjacent to the freeway did not have enough land or street access to provide adequate bus access and layover space for the numerous Metro routes that will likely make use of the station. Notably, many routes from places such as Lake Forest Park, Kenmore, Bothell, Lake City, and the southern half of Shoreline are likely to use 145th Street to access the station from the east. The new location would apparently not only provides better bus access, but also, according to Sound Transit, better pedestrian and bicycle access by pulling away from 145th Street and focusing access along local streets—as disjointed as they are—and eliminating the bus-only freeway ramp and improving crossings on the remaining on-ramp.

One of the drawbacks of this move—in addition to diminishing the walkshed’s reach to the west—is that a non-insignificant portion of housing that was to be zoned for 70-foot buildings will now instead become part of the light rail station. In light of this, the Shoreline Planning Commission discussed a number of zoning swaps to compensate for the loss and eventually chose a single block of homes near the edge of the walkshed to be converted from 45-foot (MUR-45) buildings to 70-foot (MUR-70) buildings. How folks will walk or cycle to the station from west of the I-5 trench seems to remain an issue.

The Shoreline Planning Commission also discussed a recent decision to remove land near a wetland park from the upzone process. A section of the removed land was re-added to the 35-foot (MUR-35) zone change as it was determined to not be in critical areas despite being in the same city block as properties in a critical area.

The commission had previously recommended a plan to provide lower density residential buffers (R-6 instead of MUR zoning) around Twin Ponds Park and Paramount Open Space to reduce impacts to the critical features of the streams, ponds, and wetlands. Commissioner Laura Mork proposed adding back some land as MUR-35 that has no critical areas or the buffers falling on the properties while retaining properties as R-6 if they do. Commissioner Mork’s amendment proposal would also have the effect of requiring MUR properties that have critical areas or the buffers falling along them to conform to the R-6 development standards instead of MUR development standards. The commission voted to support the Mork amendment, which essentially allows the same amount of new development while treading lightly near critical areas.

Thursday’s meeting ended with two of the three proposed ordinances approved with the remaining deliberations were rescheduled for tonight, as the proceedings had already extended past 9pm. The public hearing will resume at 7pm tonight at Shoreline City Hall (August 22nd) and pick up where it left off, as Shoreline inches toward a final decision on the 145th Street Station Subarea Plan.