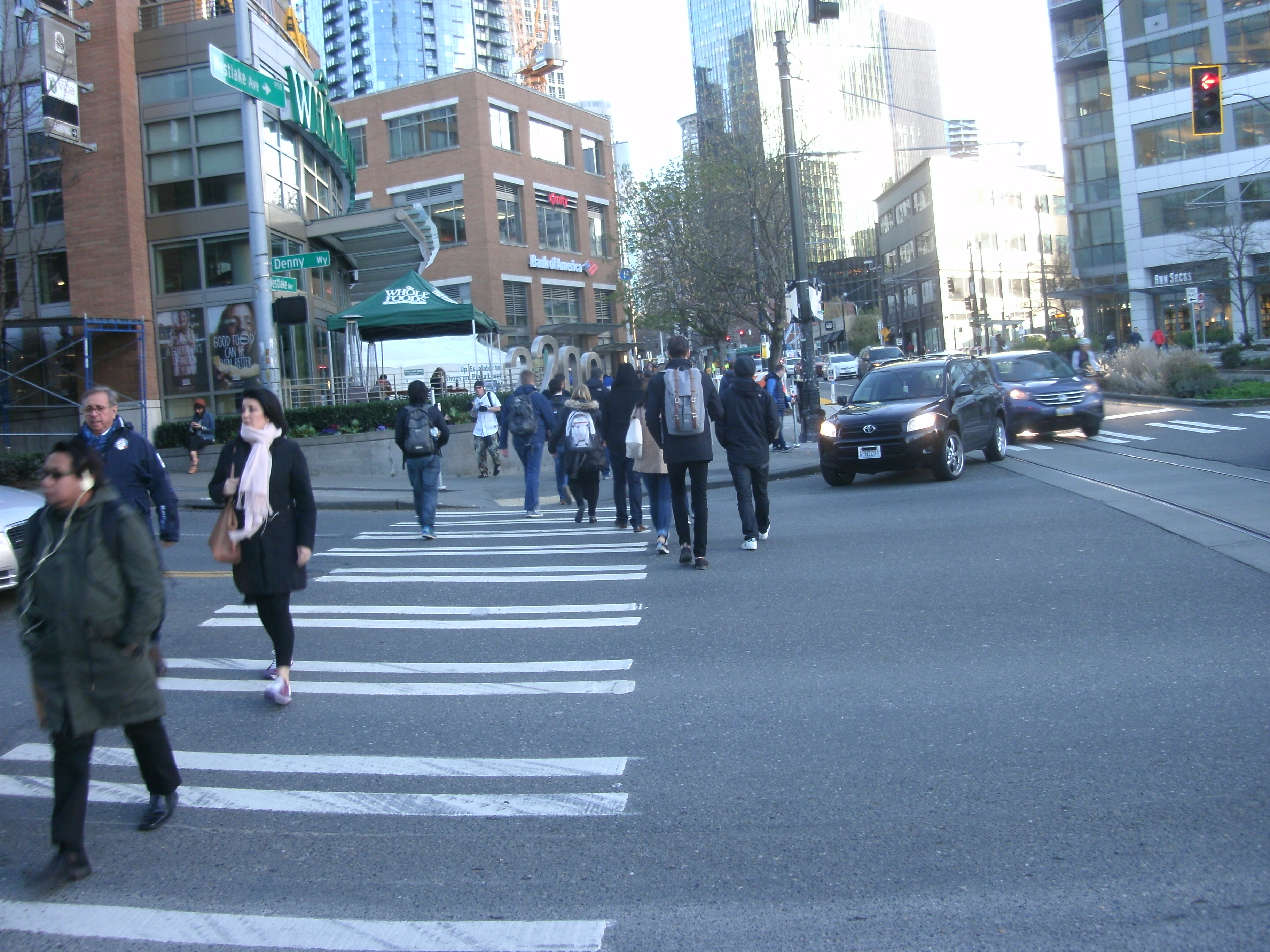 A pedestrian network is really one of the most basic systems that allows a city to function—so basic that it’s often taken for granted. But it obviously takes an enormous amount of resources to maintain our sidewalk network of 45,000 city blocks that pedestrians can currently navigate, setting aside for the moment the issue of the quality of that walk.

One of the tools that the City uses to determine how to approach the issue of maintaining, improving, and expanding the pedestrian network is the master plan, last updated in 2009. The Pedestrian Master Plan (PMP) joins the arsenal of master plans, including the freight and bicycle master plans, and the newly renamed One Center City Plan focusing on how all modes will work together Downtown. And because the citywide pedestrian network is by definition going to be more substantive than the Downtown, bike, or freight networks, the PMP might seem like a lot of Seattle Process to tell us what we already know. But the biggest thing to be gleaned from the plan is the prioritization process: what gets done first.

With the maintenance backlog on the city’s arterial streets close to $900 million currently, we are at the bottom of a hole with little chance of getting out of it anytime soon. As the chart above shows, 14.1% of arterials and 30.6% of non-arterials do not have sidewalks. Missing sidewalks are not the only challenge facing the pedestrian network, but they are near the top of the list in terms of urgent needs of the network and a good indicator of where the network currently stands.

The PMP identifies a smaller subset of improvements as being part of what it calls the Priority Investment Network (PIN). The criteria for inclusion in the PIN include: adjacency to the priority transit network, close walksheds to schools, streets where sidewalks are currently missing, and streets where there are high rates of collisions involving pedestrians.

From the PIN, the PMP lays out a process for the creation of a project list. Clearly the biggest determinant of what happens on the ground is the funding that’s available: the PMP lays out one of its biggest funding sources, the Move Seattle levy, over the nine-year span of the levy.

As you can see, the levy would fund 250 blocks of new sidewalks, and the identified need that only include arterials within the priority network is more than double that. The PMP lays out a number of performance measures for determining progress on making improvements to the PIN, but ultimately even the nearly $1 billion transportation levy will only amount to a drop in the bucket toward the list of full improvements identified here. Therefore, it’s going to be very easy for any accomplishments that take place in the next decade to be considered a win, while the maintenance backlog continues to grow. Meanwhile, $20 million from the levy goes toward one project, the Lander Street overpass project, which will offer marginal improvements toward safety and mobility for vulnerable users.

It also seems disingenuous to commit to Vision Zero by 2030 when our most robust transportation levy in decades only provides for spot improvements on 12 to 15 corridors and recent plans for large-scale transportation projects, which could provide for a larger funding mechanism, are immediately falling short of the expected improvements to the pedestrian realm, as we laid out recently on the topic of Madison BRT.

It’s conceivable that in five or six years, when the time comes to redevelop the Pedestrian Master Plan, that the need will grow even further to the degree that the priority investment network needs a further subcategory in order to prioritize investments in it.

In other words, the Pedestrian Master Plan is a good framework, but until the city as a whole decides that it’s time to truly put its commitment to improving walkability citywide, we will continue to hobble along at a considerable impediment.

The public comment period for the 2016 Pedestrian Master Plan update ends today. E-mail PMPupdate@seattle.gov to submit your comments which will help contribute to the Mayor’s recommendation to be reviewed by the City Council.