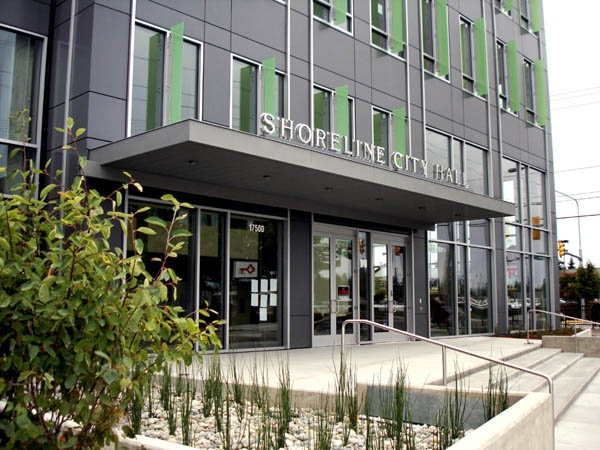 Shoreline has the opportunity to become a leader in transit-oriented development. Tonight at 7pm the Shoreline Planning Commission will hold a public hearing on the 145th Street Station Subarea Plan as the Shoreline City Council appears intent on passing the preferred “Compact Community Hybrid” alternative that would set Shoreline down the path of being a transit-oriented development leader. The meeting will take place at Shoreline City Hall (click here for details).

The reason Shoreline has so much transit-oriented development potential is because it has frequent transit service on SR-99, I-5, and 145th Street, which is slated for improvements with the 522 BRT project funded with the passage of ST3. Light rail is destined for two locations in the city by 2023, which will be a huge chuck of increased transit capacity and options for riders. At the southerly end of Shoreline will be a stop at 145th Street and another further north at 185th Street. The City of Shoreline has been planning how to build denser, walkable communities around these two locations for the past three years.

Last year, the Shoreline City Council passed a phased rezone around 185th Street and I-5 for mixed-use, transit-oriented development in advance of light rail arrival. Councilmembers, however, were met with strong community concern about what the rezones might mean for residents. The refrain of concerns from neighbors was varied. Could they still sell single-family homes as single-family homes? Could they afford to live in a neighborhood with skyrocketing property values? Would their neighborhoods become less safe? Would they be able to get in and out of their neighborhoods with increased roadway demand? Hearing these concerns and many others, the Shoreline City Council punted on the rezone for 145th Street pending a detailed transportation corridor analysis of 145th Street.

The 145th Street corridor analysis (PDF) Shoreline undertook projected traffic would grow, due to regional growth and tolling on Lake Washington bridges leading motorists to seek alternate routes. That traffic modeling leads to a preferred option widening the bridge over I-5 to add an extra left turn lane for car storage and widening 145th Street from I-5 to Lake City Way to make way for business access transit (BAT) lanes while sacrificing no general purpose lanes.

The study also identifies safety issues across all modes. Sidewalk upgrades are suggested throughout the corridor. In the eastern portion between Linden Avenue and Greenwood Avenue, the preferred design calls for a buffered bike lane, two travel lanes, a center turn lane, and aspires to be a “Complete Street.” Farther to the east, the preferred designs become more auto-oriented and STROAD-like dropping the bike lanes and going from five lanes between SR-99 and I-5 to six to seven lanes east of I-5. Side note: a seven lane road is never a “Complete Street.”

Shoreline’s power to effect any changes is limited by not owning any of the roadway, which Washington Department of Transportation (WSDOT) owns, except for the sidewalks on the Seattle side. The study reports the City of Shoreline is in talks with WSDOT and the City of Seattle to take on full ownership of the corridor. Time will tell if that deal materializes.

The obvious obstacle to achieving this vision of a widened 145th Street is the cost associated with purchasing large amounts of additional right of way and paving it over. The cost is estimated at $150 million, and it’s seems doubtful ST3 would cover 145th Street widening costs when the whole 522 BRT project is expected to cost less than $390 million. Using eminent domain to acquire parcels along the road could also have political fallout. It’s unclear how serious Shoreline is about taking on such an expensive and potentially controversial project that would carry increased maintenance costs into the future. But conducting the corridor analysis did make citizens aware of the options the City has before it and costs associated with widening 145th Street.

The Road To A Rezone

When we wrote about the rezone plan for 145th Street Station Subarea last year, the City of Shoreline was considering alternatives very similar to the ones on the table now. Three alternatives—two growth alternative and a no change alternative–were being weighed against varying tradeoffs:

One alternative is areawide in nature while the other confines dense development around the core station area. Both alternatives are projected to provide nearly the same amount population growth with Alternative 3 barely nudging out Alternative 2. Although, Alternative 2 does have a large job advantage over Alternative 3.

With Shoreline planners partially going back to the drawing board with the corridor study, a new subarea-specific Environmental Impact Statement (EIS) was conducted. In doing so, a new alternative growth strategy was added to the mix, referred to as the “Compact Community Hybrid.” The housing, population, and employment numbers for Alternative 2 and Alternative 3 were modeled to remain the same as in the 2015 EIS. The Compact Community Hybrid (Alternative 4), however, would have slightly different build-out numbers:

The Shoreline City Council technically have four alternatives that they could pursue–one no action option and three phased rezones options.

The no action alternative is a very unlikely outcome. But if the Shoreline City Council chose it, the result would be that current zoning would remain in place.

The Connecting Corridors concept would stitch the business districts on the Aurora Ave N, 5th Ave NE, and 15th Ave NE corridors together by allowing lowrise mixed-use development along the length of 145th Street and 155th Street. It would also create a new dense, walkable district near I-5 and stretch similar lowrise, mixed-use development along 5th Ave NE to as far north as NE 165th St. Shoreline’s approach would be zone these areas with Mixed Use Residential (MUR) with varying height and use limitation. The densest and most diverse area would be closest to the light rail station with heights capped at 65 feet. The zoning changes themselves would be unlocked in two phases with the first in 2016 and a second following in 2033.

In comparison to the Connecting Corridors alternative, the Compact Community alternative is a pared back rezone plan. Zoning changes would be focused around the future light rail station, up to about a half-mile away meaning that zoning changes would not stretch beyond NE 155th St and west of Meridian Ave NE. However, maximum building heights for MUR zones under the proposal would be 70 feet instead of 65 feet with heights tapering off toward single-family residential areas. Also of note, the existing business district near 15th Ave NE would be connected to this new urban district and phased zoning would occur in the same timeframes as under Alternative 2.

As the name suggests, the Compact Community Hybrid alternative is a hybrid proposal primarily based on the Compact Community alternative but with some of the features in the Connecting Corridors alternative. For instance, zoning in the closest blocks near the light rail station would remain zoned at 70 feet–except for two blocks east 6th Ave NE–while additional blocks north of NE 155th St would be zoned for MUR with maximum heights ranging from 35 to 45 feet.

Two dueling options are on the table due to a network of critical areas within the planning area. The Planning Commission recommended a plan that would provide lower density residential buffers around Twin Ponds Park and Paramount Open Space to reduce impacts to the critical features of the streams, ponds, and wetlands. Those areas with critical area would simply be zoned R-6 instead of MUR. But a competing option has been proposed by Commissioner Laura Mork, which would add back some land as MUR-35 that has no critical areas or the buffers falling on the properties while retaining properties as R-6 if they do. Commissioner Mork’s amendment proposal would also have the effect of requiring MUR properties that have critical areas or the buffers falling on them to conform to the R-6 development standards instead of MUR development standards. The net effect of Commissioner Mork’s amendment is essentially a wash between the two options.

Zoning is more than just building heights and uses, it’s also about urban design. City staff have put together a handy infographic to explain what the MUR zones are designed to achieve:

At the low end, MUR zones would generally accommodate single-family and Missing Middle housing types at modest heights, commercial uses would also be allowed in the mix when located on main streets. At the high end, MUR zones would be designed to allow mixed-use development typical of places like Ballard and Capitol Hill. If you picked up on that last part for the MUR-70 zone, midrise development of up to 140 feet would be possible in exchange for building green and providing affordable housing. The sum of these zones is intended to create a broad spectrum of development types that will create livable and walkable urban communities.

To give feedback, attend the public hearing on the subarea plan this evening (Thursday, August 18th) at Shoreline City Hall before final recommendations are sent to the Shoreline City Council. The meeting kicks off at 7pm in the Council Chambers.