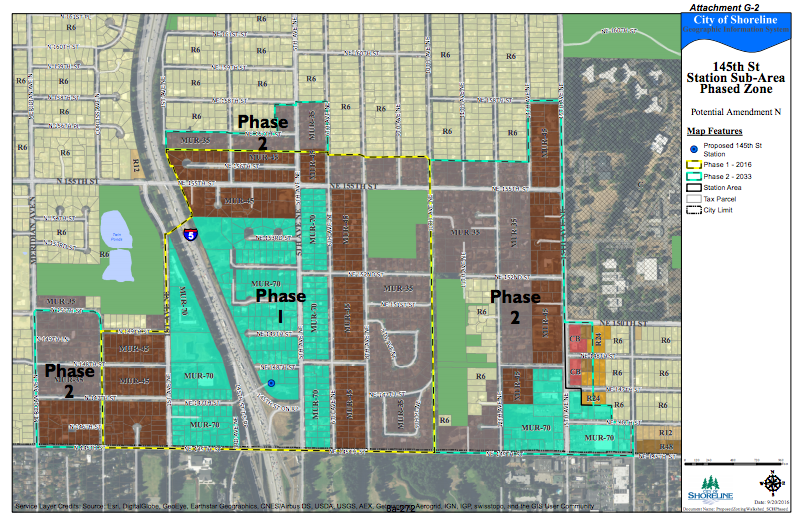 The saga continues with the Shoreline subarea planning process for the area around the future 145th Street Link Station, which is expected to open in 2023. Shoreline’s City Council will meet this evening to consider amendments to the proposed zoning map and development code that would guide growth in the station area for the foreseeable future. The Shoreline City Council has two general options to choose from in adopting a rezone map. The first option would be to adopt an area-wide rezone map similar to the one proposed by the Planning Commission in August while the second option would be to adopt a phased rezone map:

As a refresher, the Mixed Use Residential (MUR) zones are largely tailored to allow the following types of development:

Councilmembers have already indicated an interest in making more than a dozen different amendments to the recommended zoning map proposed by the Planning Commission. The following is an overview of areas that could be amended:

We apologize for the poor image quality as it was naturally rendered as shown.

The following are just a few of the possible zoning map amendments that could be offered at the meeting: 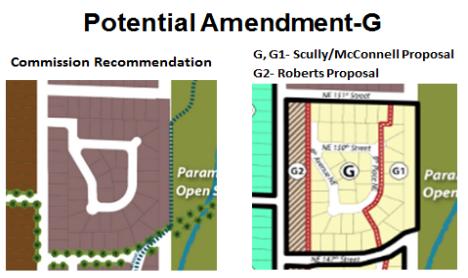 City staff have provided a helpful overview of the different amendments in the staff report with analysis on what each amendment would do and where there may be support for the change:

Some other possible amendments beyond zoning map changes include:

The Council’s meeting kicks off at 7pm and discussion on the subarea plan is expected to start around 7:20pm. The Shoreline City Council’s decisions could weigh heavily on 145th Street Station both in terms of ridership and spurring transit-oriented development. Those who might want to guide the decisions of policymakers should show up early to provide public testimony.