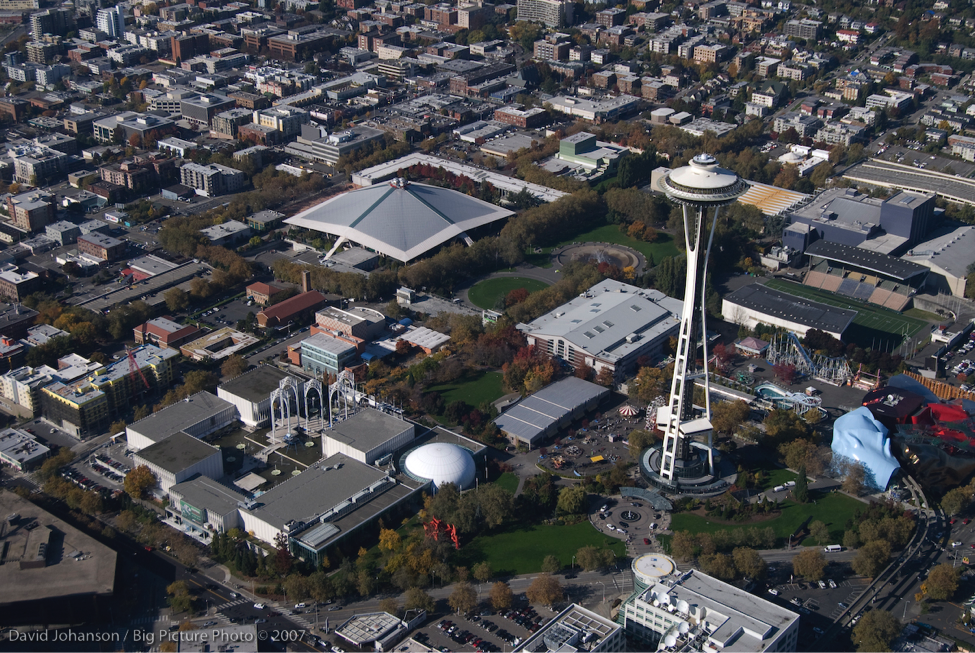 There may be drafts of where the new station will be located in Lower Queen Anne as the Seattle Office of Planning and Community Development recommends “a future Sound Transit light rail station in the vicinity of 1st Avenue N and Republican.” Looking at a map of the area there is another option to consider: build the new light rail station in the basement of a new NBA/NHL/performing arts center! Any changes to Seattle Center is definitely a topical and contested issue, but in recent developments surrounding the future of Key Arena there is an opportunity for multiple agencies to capitalize on a redevelopment of the proposed site.

This is not a vote for spending any public funds on an arena, nor allocating any ST3 dollars towards anything but public transit costs, but the fact remains that a transit station will be located in Lower Queen Anne and there is a real desire to build a new arena. If there are “X amount of dollars” earmarked for construction of a light rail station, why not offset that figure by teaming up with private developers?

What would Sound Transit light rail gain from a collaboration with arena developers?

At first pass there is the potential cost savings from teaming up on a large demolition and excavation endeavor. Both projects will require a lot of demolition, excavation, removal of earth and debris, allocating necessary staging areas, and pedestrian and traffic revisions for this project. Both projects will need large footprints to operate, and if the new arena land were to be made available it would be a golden opportunity to gain access to a large portion of one of the denser areas of the city. All of that will be a lot easier, and presumably less expensive, with more room to work. More importantly, sharing the cost of such a demolition and excavation should be of interest to transit authorities.

From a design perspective, utilizing the Key Arena footprint as a transit location checks a few big boxes. It is along the axis of the proposed new Downtown tunnel. It would allow for more design features which would normally be constrained by initial available land in the “vicinity of 1st Avenue N and Republican.” A larger design space would allow for larger, safer platforms that would be able to handle the surge access and egress of large events. Mind you, these events already happen routinely at Seattle Center, so having a station at the core of the Seattle Center would help mitigate pedestrian street crossings to areas outside of the Seattle Center. A station attached to a new arena would also come with many value-added features like shared custodial services, security, and maintenance of things like escalators.

There are a few, mostly cost saving, benefits for a light rail station being designed into a new arena. But why would private investors be interested in absorbing some costs from the city? From the private sector side of such an arrangement, how would the arena investors benefit from a collaboration?

Arena investors could certainly benefit though expedited permits, piggybacking on impact studies, and other bureaucratic hurdles. They could also see value in utilizing “X amount of dollars” ST3 had allocated into independently building a station and applying it towards part of their new arena foundation. Receiving a greenlight to actually build an arena would also be a plus. However the post construction benefits would certainly give pause to any initial cost concerns of a joint venture. The arena would have amazing opportunities for marketing and concessions within the station. Imagine a station funneling 45,000 to 65,000 people on their way to work every day, or the hundreds of thousands of people who attend events within the Lower Queen Anne neighborhood every year, or scheduled entertainment events within the new arena. Each one of those people would view advertisements, or be interested in buying a lunch/coffee/snack from any number of leased kiosk spaces, or visiting a team store to represent the team du jour around the water cooler.

However, the biggest benefit the investors could capitalize on would be the public approval benefits. One of the main concerns with a Seattle Center arena is the influx of traffic for events. That argument could be partially countered by constructing a light rail station at the core of the new arena designed to handle that traffic. Other concerns have suspicious shades of NIMBYism from a rapidly densifying neighborhood (which is quite understandable), and it will be very hard to sway that opinion. The arena investment group can try by pointing to tangible benefits of constructing a new arena for the Lower Queen Anne neighborhood, for the taxpayers, and for commuter safety.

There are a lot of shoulds, coulds, woulds, and what ifs in this idea. Very conditional and speculative language for an enormous project. There are quite a few hurdles in combining public and private interests on any project. There are numerous reasons why unforeseen problems of this specific arrangement would be very difficult navigate. However, in the McDonald’s Theory of proposing a way for the region to get a better transit station and to get a get a better entertainment venue, a joint venture between arena developers and sound transit should be considered.

JB is a Seattle area native who has swapped the car culture of the suburbs for a more sustainable, affordable, and efficient view of of city living. He is a little bit country, and a little bit rock and roll. He is a cycle commuter, a frequent 44 bus rider, and strives to find safer and quicker ways for communities to get around. He enjoys finding opportunities for improvement in his neighborhood and commute, but hopes that the region can do so without sacrificing its natural beauty and culture.