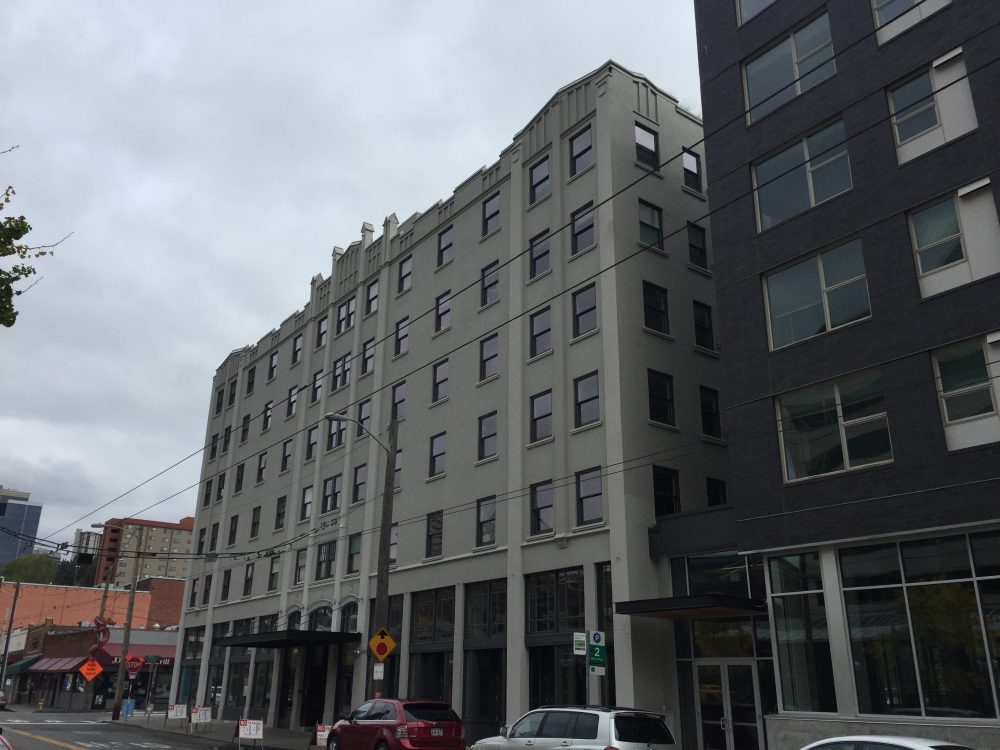 The Chinatown-International District area is next up for rezoning under the Housing Affordability and Livability Agenda program, which seeks to pair rezones with Mandatory Housing Affordability (MHA) requirements for new residential and non-residential development. Situated at the south end of Downtown, the neighborhood is renowned for is economic and cultural vibrancy reflecting Asian identity. The area previously was rezoned in 2011 allowing significantly taller buildings in most parts of Japantown, Chinatown, and Little Saigon (the three precincts that make up the Chinatown-International District neighborhood).

For more than a year, Seattle’s Office of Planning and Community Development (OPCD) has had extensive discussions with the community on potential rezone scenarios that led to a separate rezone process from Downtown and South Lake Union. The community collaboration led to area-specific responses to address issues such as historic preservation, bulk of additional capacity, and displacement risk. Historic areas will be exempt from the rezone and additional building capacity will be created by allowing taller instead of wider buildings

Most areas of Chinatown-International District are slated to be rezoned and receive slightly modified development regulations. The area is adjacent to a number of neighborhoods, including: Yesler Terrace, Beacon Hill, Central District, SODO, Pioneer Square, the Downtown Central Business District.

One notable exclusion in the proposal, however, is a select portion of Chinatown and Japantown off of S Jackson St, S King St, and S Weller St. OPCD is following a consistent approach with historic areas like Chinatown-International District–which is designated as a National Historic Register District–by not rezoning them. The primary reason for excluding these kinds of areas from MHA rezones is to retain the historic nature of them. Instead by directing new development capacity to areas around historic districts and properties, MHA rezones can serve to achieve the overarching program goals of developing more affordable housing and added development capacity while preserving nearby cultural resources.

The specific zoning changes in the proposal are as indicated in the following map:

OPCD is proposing development capacity increases in a variety of ways:

Like many zones in Downtown and South Lake Union, certain Chinatown-International District zones contain incentive zoning provisions that allow developers to gain additional height and floor area allowances beyond the base limits. The rezone proposal would retain incentive zoning to achieve public benefits, such as preservation of open space and historic landmarks, development of privately-owned public spaces (e.g., public open space, public atriums, human services uses, and public restrooms), contributions to affordable housing, and construction of Neighborhood Green Street improvements. While the rezones would increase the base height and floor area limits, additional development capacity beyond the base limits would have to be achieved through incentive zoning options. Developers would also be subject to MHA requirements for both non-incentive and incentive zoning portions of a structure.

Paired with the rezones will be MHA requirements, which would range by use and type of rezone. OPCD is estimating that approximately 150 affordable housing units will be produced over the next 10 years from development in the International District. Most of the units are expected to come from fee payments that the City generally allows for deeper affordability than on-site units. Locational requirements prioritize affordable housing fees to be used in urban centers and urban villages, near transit, and in proximity to where the fees were derived. Cash contributions to the City will be used to develop rental housing at or below 60% of the area median income (AMI) and potentially ownership units at or below 80% of the AMI.

According to OPCD, the rezone proposal is not likely to result in a significant likelihood that parcels will redevelop over the next 20 years. But planners note that there is a significant probability that four dwelling units in a building will redeveloped in the area.

To give an example of what could be expect under the rezone, OPCD prepared a few cases to demonstrate how the proposal could affect the neighborhood through new development:

From time to time, a developer may seek a modification from the MHA requirements or general development standards because a development proposal may fit within the box carved out under the rezone proposal. To ensure that a developer can use additional capacity and participate under the normal parameters of the MHA program, OPCD is recommending a two-step process before a modification to the MHA requirements would be allowed:

An applicant would have to demonstrate that due to specific development standards in Land Use Code, the secondary size threshold could not be achieved by the development. A developer could not assert financial feasibility or specific recommendations by a Design Review Board as a rationale for inability to achieve the secondary development capacity. When a valid modification is requested, the Department of Construction and Inspections would be authorized to provide up to a 10% reduction for zones with incentive zoning and a 25% reduction for other zones from the applicable MHA requirements.

In the Director’s Report, OPCD noted that:

OPCD will brief the City Council’s Planning, Land Use, and Zoning Committee today on the proposed rezone and MHA requirements. The proposal will be reviewed by the City Council over the next few months and could receive modifications before a final proposal is adopted.

Director’s Report – MHA ChinatownID Implementation by The Urbanist on Scribd