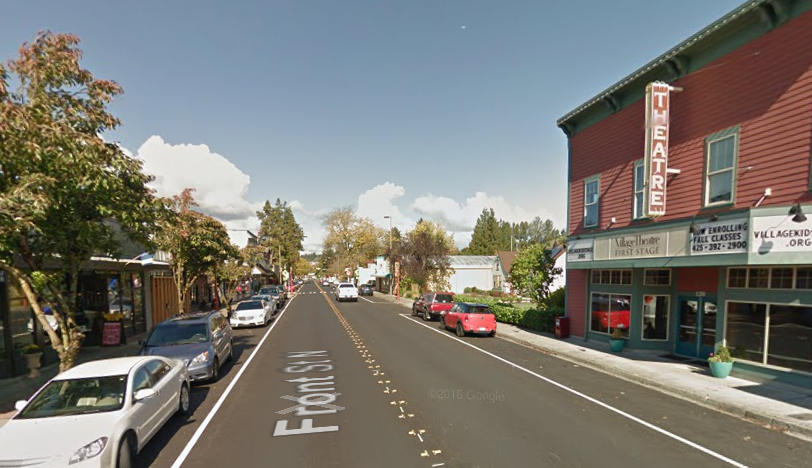 On Thursday (April 27th), there will public hearing for public testimony on the proposed Issaquah Old Town Subarea Plan, which kicks off at 6.30pm. The current plan was last approved in 2009 and is due for an update as the city plans for growth over the next 20 years.

For those unfamiliar with Issaquah, Old Town is the historic center of Issaquah and is distinct from Central Issaquah, a much younger part of the city to the northwest. Old Town is anchored by Front Street and Sunset Way and is home to many of Issaquah’s civic and cultural institutions along with a healthy number of businesses. The street grid is tight and walkable.

The city held two open houses last year to collect public comment, and several major items have been highlighted as areas of concern, including parking, traffic, and building stock.

Parking is an issue that can make an Urbanist cringe, and an Old Town vitality task force did call for “ample parking.” However, the original plan does call for a Parking Authority to coordinate and manage parking, and interestingly a parking study noted “The areas of full capacity parking near activity areas likely contribute to the perception there is not enough parking available throughout all of downtown” and concluded there is generally sufficient parking at all times. I believe Issaquah is ready to take the plunge into paid public parking, particularly along Front Street.

Traffic is a tricky issue given the regional geography and traffic patterns, with significant traffic simply passing through Old Town trying to access I-90, SR-900, and Issaquah-Hobart Rd. Thankfully, Issaquah rejected a proposed bypass several years ago, and any solution will need to be regional. The improved I-90-SR-18 interchange should help, but given the pace of growth all around Issaquah there isn’t much the city can do that wouldn’t suffer from induced demand. There has been some talk of the city tolling Issaquah-Hobart road, which the city can do as it is a county road. That action could burn some regional goodwill, but if the peak congestion become untenable the city should consider it.

In the meantime, Old Town residents and businesses may simply have put up with bad rush hour traffic, and the Old Town plan should clearly treat Front and Sunset as non-arterial streets. I particularly encourage people to comment on their vision for Sunset Way. The city wants to completely rebuild Sunset with broad sidewalks, bike path, and a planted median, but transportation levy Proposition 1 was rejected by the voters last fall when many felt the city was wasting money on a “beautification” project that wasn’t going to “fix” traffic. I personally thought the city’s investment was a good one, but there is a disconnect between what the city staff is pitching and what the voters are looking for.

For building stock, the plan seeks to “maintain the character, scale and historic integrity of Olde Town.” While Issaquah wants to channel most of its growth outside of Old Town, there is ample opportunity for infill development, and the task force’s key recommendation was to update the Old Town Plan and Design Standards “to increase the neighborhood’s competitiveness for attracting private development.” I reckon nearly half the privately-owned buildings along Front Street could be redeveloped in a way that significantly improved the vitality and walkability of the neighborhood while still maintaining the character and the many historical structures that make Old Town a special place.

The revised plan would also update a variety of topics for Old Town related to:

For those looking to make public comment, I would recommend reading through the Executive Summary to get grounded on the current plan and then perusing the proposed plan.

The Issaquah City Council will be holding a public hearing tomorrow (Thursday, April 27th at 6.30pm) on proposed Issaquah Old Town Subarea Plan at Council Chambers in City Hall South. There is also a survey currently open through the end of today (Wednesday, April 26th).