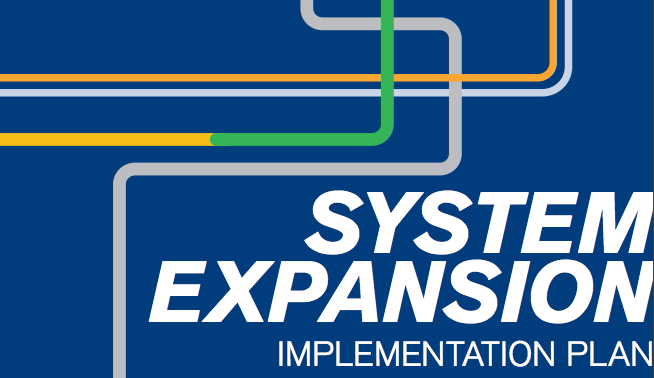 Sound Transit wants to speed ahead with transit expansions, but the first step in doing that involves planning and coordinating to make it happen. The agency has gone through a process of circling the wagons to determine how project delivery can be expedited in order to better utilize staff and consultant resources, speed up construction, and stretch limited funding for more bells and whistles. On top of that, Sound Transit has a massive workload ahead of it–with 24 major projects in the pipeline this year–so staging planning work more efficiently could serve to reduce future headaches for veteran staff.

Sound Transit has identified a variety of ways to help achieve the expedited delivery goal, which includes:

Internally, the agency also plans to develop its own process improvements to cut down on unnecessary and inefficient business practices that can cause project delay.

Over the years, Sound Transit has managed to eek out some efficiencies in project development for its core business line: light rail transit. The first segment of light rail took 5.6 years from the initial contract to begin the early planning and environmental review process to a final decision on the alignment and stations locations. The most recent light extension planning process–from Kent-Des Moines to Federal Way–had significant time savings in process at only 4.3 years. Other extensions have gradually seen shorter early planning processes.

Going forward, Sound Transit wants to target a four- to four-and-one-half-year early planning process for light rail projects, a one-year time savings over past experience. This portion of project development is generally the most flexible with scheduling compared to construction, which can be inflexible due to tighter scheduling staging constraints, diminishing returns at throwing resources at construction work, and the high outlay costs from contractors.

By the end of this year, Sound Transit will have two dozen projects that are either in project development, final design, or under construction. New projects getting out the gate for planning include:

A handful of key projects, however, will get under way for planning later. One of which is a full decade away. These include: the Lynnwood to Everett light rail extension (2020; Graham Street, 130th Street, and Boeing Access Road infill stations (2024); Lakewood to DuPont South Sounder extension (2025); Tacoma Link extension to Tacoma Community College (2026); and the South Kirkland to Issaquah light rail line (2027). Of course, it’s always possible that Sound Transit could begin the planning process for these even sooner since the agency has a tendency to take a conservative approach in estimating project timelines and costs.

With a plate full of so many projects, it’s little surprise that Sound Transit would try to devise a comprehensive approach to expediting implementation of the future transit system. There’s reason to believe that the agency will find success in many of the identified efficiency initiatives. Many local jurisdictions have indicated a willingness to be an early stakeholder in the process and aid Sound Transit in its environmental review and permitting processes. For some cities, the impetus is partially self-serving–arguably in a good way–to guide where alignments and stations. The desire is often to make best use of the investments in terms of land use while also getting Sound Transit to pair complimentary access improvements with the siting of stations.

Cities like Redmond, for instance, have been heavily proactive in reserving future right-of-way through setback restrictions on private property and holding community design forums ahead of light rail expansion. Seattle has committed to streamline the process for permitting transit facilities as part of the Sound Transit 3 expansion projects and better coordinating on interagency relations. Kent has adopted formal development standards for stations, railway tracks, guideway, and other high capacity transit facilities. And Everett is years ahead of itself now in considering how a light rail station closer to the city center might work.

Sound Transit is setting some ambitious goals for itself to achieve, but if successful, the region could get a better and more quickly built multi-modal transit system. Those are goals worth striving toward.