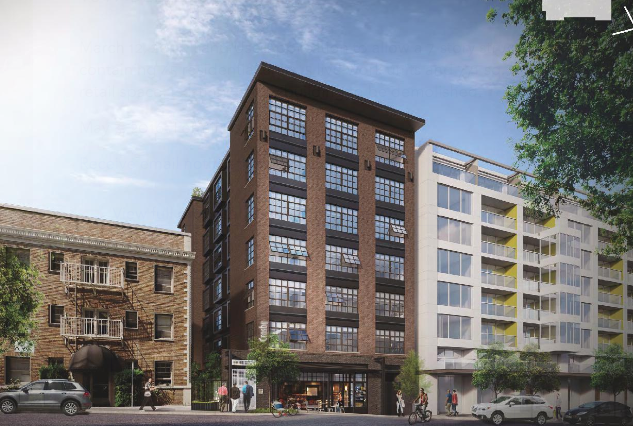 The Design Review Program has been a feature of major land use planning in Seattle since 1994. It was instituted as a way to get early public feedback in the design of larger residential and commercial developments instead of relying upon the State Environmental Policy Act (SEPA) process. The latter process–which is often still part of the overall land use process for larger projects–provides an opportunity for public comment, discretionary review, and conditioning. Minor changes have been made to the Design Review Program since it was instituted, including the addition of Streamlined Design Review as a special process for townhouse and rowhouse projects, but nothing approximating the level of changes in the SDCI proposal.

Last year, SDCI briefed the City Council on somewhat similar changes, but the proposal was put on hold so that attention to all things planning could be focused on Housing Affordability and Livability Agenda (HALA) land use and zoning policy. Other programmatic and corrective land use and zoning issues have also crossed the Council dais during that period, but the bulk of the issues have remained HALA-centric.

The SDCI proposal would make deep changes to how the program works. This includes reformulating thresholds for design review, requiring early community outreach, composition of design review boards and their structure, limits on design review meetings, and other technical changes.

The thresholds for design review would be modified and include site characteristics factors to determine what type of design review process would be required for a project. Thresholds would be simplified by proposed development square footage. For residential development, this would remove dwelling unit density as a consideration of thresholds creating uniformity between commercial and residential development. Thresholds between zones would apply more consistently than the current structure which has more than a dozen different thresholds based upon underlying zoning.

The changed threshold structure would also require many institutional uses to participate in design review whereas now they are not required to do so. This would mean community facilities likes libraries, community centers, and daycare centers would be subject to design review. However, primary and secondary schools would continue to be exempt from design review.

Development in single-family residential and Industrial General zones as well as properties designated with a Major Institution Overlay would continue to be exempt from design review, too. The proposal, however, would apply more broadly to development in Industrial Commercial and Industrial Buffer zones. Affordable housing developments that are funded by public money would be able to use a the Administrative Design Review process to reduced permit review timeframes.

The structure of the design review process would be altered by adding a pre-meeting requirement for early community outreach. SDCI notes its Director’s Report that the formal design review process, such as Early Design Guidance meetings, can have a significant impact in altering the direction of a building design proposal. Earlier engagement through community outreach could be an avenue to get feedback that truly informs the design process before a tentative set of designs comes to design review boards. Early community design outreach could also reduce added costs and delays that might otherwise come through the process later. Developers in some cases have sought to pursue voluntary early community outreach before going to design review (e.g., using the Pike Pine Urban Neighborhood Council and talking to community members at general neighborhood meetings).

The following are options that applicants could use to satisfy the early outreach requirement:

An applicant would have to use at least one strategy for each type of medium (in-person, electronic, and print) to satisfy the early community outreach requirement.

Additionally, the proposal would make it easier for SDCI to remove members from any board for just cause, such as failure of a member to attend at 90% of scheduled meetings or failure to attend on-boarding and orientation sessions for joining a design review board.

Design review board meetings would be limited by the type of design review process that a project would subject to, a change from today where there is no limitation.

However, the proposed limitations on meetings would not apply for projects seeking departures from the Land Use Code, abutting or locating across the street from a single-family residential zone, or submitted in conjunction with a Type IV or V land use decision (e.g., a contract rezone).

SDCI’s Analysis of the Proposal

A large portion of projects would see only minor changes in the type of design review process required under the proposal. Over 40% would go through the same type of Design Review that they would today. With the addition of the proposed early outreach process, this would result in a greater amount of dialogue and public involvement than exists for these projects under the current rules.

The proposed list of complexity characteristics would allow approximately 30% of projects to move through a faster track of design review, allowing the Board to focus on the remaining 70% of projects that have one of the complexity characteristics. Similarly, the proposal would require 22% of the projects that are currently reviewed through the Streamlined process to go through another form of Design Review.

To get a sense of the kinds of projects that would be subject to different design review processes under current and proposed thresholds, SDCI provided a variety of examples scenarios for consideration in the Director’s Report:

SDCI’s draft proposal to improve the Design Review Program is open for public comment through Monday, July 10th. Written comments on the proposal can be submitted to William Mills, an SDCI land use supervisor, who is managing that portion of the project. Appeals under SEPA will also be accepted through the end of today (Thursday, June 29th). Final recommendations will be transmitted to the Mayor later this year before being sent to the City Council for consideration.

The title image features the proposed Crosby development in Capitol Hill and is courtesy of B+H Architects.