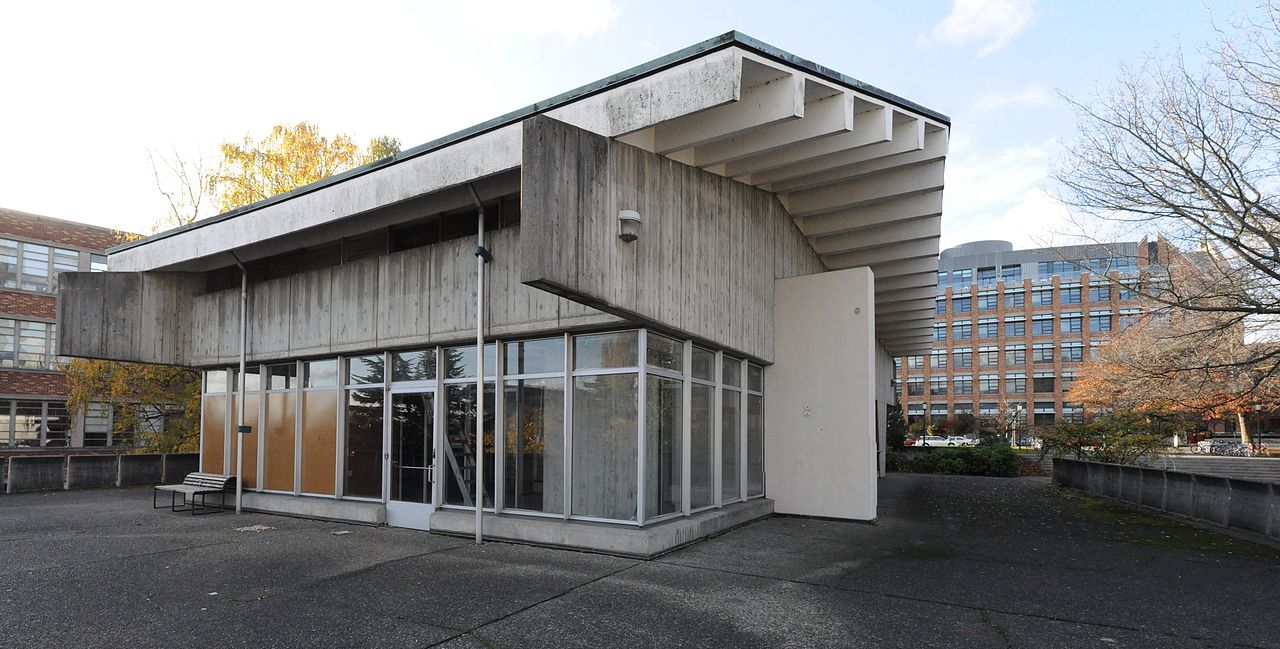 Local preservationists were dealt a significant victory today in a Supreme Court ruling that partially settled the primacy of Seattle’s preservation ordinance. The unanimous decision reverses a lower court’s decision on whether or not the City of Seattle’s preservation laws apply to property owned by the University of Washington (UW) and could serve to inform similar disputes where a local jurisdiction asserts its development regulations on property of other state agencies.

The case arose from the UW’s desire to demolish the More Hall Annex and replace it with a new computer science building. The building was originally constructed in 1961 to facilitate a nuclear reactor, but the UW eventually decommissioned and removed the reactor in 1988 leaving it empty for well over 20 years. When the UW began to move toward demolition in 2015, a modern architecture preservation group known as “DOCOMOMO” nominated the structure for landmark designation under the City of Seattle’s preservation ordinance. Following that, the UW sued in order to obtain summary judgement that preservation ordinance could not apply to the UW for various reasons. The UW succeed in their suit in the lower court and demolished the structure last July.

However, the City of Seattle appealed the case to the Supreme Court to settle the issue. A chorus of other ogranizations, such as the Washington State Department of Archaeology and Historic Preservation, Washington State Association of Municipal Attorneys (WSAMA), and Futurewise, joined the City of Seattle and DOCOMOMO in defense of the City’s preservation ordinance and its applicability to the UW’s campus. In review of the case, the Supreme Court considered four key questions:

A. Is the Regents’ “full control” over UW property “except as otherwise provided by law,” as expressed in RCW 28B.20.130(1), subject to limitation by applicable state statutes?

B. If so, is UW a “[s]tate agenc[y]” that must comply with local development regulations adopted pursuant to the Growth Management Act (GMA) in accordance with RCW 36.70A.103?

C. If so, is the [local preservation ordinance (LPO)] a local “development regulation[]” that was “adopted pursuant to” the GMA in accordance with RCW 36.70A.103?

In answering the first question, the court said that other state statutes can indeed limit the UW’s Board of Regents’ authority on property controlled by the UW. “To have full control of the university and its property of various kinds, except as otherwise provided by law,” states RCW 28B.20.130(1). The court held that the RCW is “unequivocal” that UW Board of Regents have full control on university property, except when it’s limited elsewhere by statutes. In the courts’ determination, that includes a large body of laws. Obvious statutes include the Shoreline Management Act, State Building Code Act, and Growth Management Act (GMA). The only cases where other statutes would not take precedence is when there is specific overriding statutes or direction by the Washington State Legislature to Regents that exempt the university from other bodies of law, such as Seattle’s preservation ordinance.

However, in further discussion on this point, the court noted that there are indeed statutes that may limit the scope of Seattle’s preservation ordinance:

UW also points to RCW 28B.20.700, which empowers the Regents “to provide for the construction, completion, reconstruction, remodeling, rehabilitation and improvement of buildings and facilities authorized by the legislature for the use of the university” as proof that it cannot be subject to the LPO via the GMA. Unfortunately for UW, this statute says nothing about demolishing any buildings, and it does not give the Regents any authority over buildings or facilities on UW property that were not authorized by the legislature for the use of the university. However, UW is seeking a holding that the LPO cannot ever be applied to any UW property in any way. There are certainly factual scenarios where the LPO might conflict with the Regents’ specific authority and thus be inapplicable, but again, those scenarios must be considered in their specific factual contexts.

On the second question, the court held that the UW is a “state agency” and therefore subject to the GMA in accordance with RCW 36.70A.103. “The term ‘state agency’ is not defined by either the GMA or the regulations interpreting it,” the court said. The prevailing interpretation of the courts is to use ordinary meanings when a term in statute is not defined.

On the third question, the court refused to make a determination on whether or not Seattle’s preservation ordinance was adopted as a local development regulation under the GMA. Instead, the court said that the merits of that issue would need to be determined by the Growth Management Hearings Board and that the UW would have to file a petition for consideration on those grounds.

On the fourth question, the court provided a technical and protracted discussion about disputes over the interpretation of terms, including “person” and “corporation” as it relates to ownership and the preservation. Ultimately, the court determined that the UW is a property owner covered by Seattle’s preservation ordinance.

Concluding their remarks on the case, the Supreme Court stated that:

The Regents enjoyed over a century of plenary authority over UW property. It is understandable that UW is resistant to changing that structure. It is also understandable that UW takes offense at any suggestion that it does not sufficiently value its own historical resources. However, it is up to the legislature, not UW, to grant, expand, restrict, or rescind the Regents’ authority. The plain language of the current statutes provide that the Regents’ authority is subject to limitation by applicable state statutes, including the GMA’s provision that state agencies must comply with local development regulations adopted pursuant to the GMA. UW property that is located in Seattle is thus potentially subject to the LPO absent a specific, directly conflicting statute. Accordingly, we reverse the trial court’s grant of summary judgment in favor of UW and remand for entry of summary judgment in favor of the City and DOCOMOMO.

The case is an important statement on the intersection of local development regulations and the freedom–or restriction on freedom–of decision-making afforded to other public agencies that own land within cities and counties. The outcome of the case could have future implications for similar cases between local jurisdictions and other creatures of the state. But perhaps most importantly, the case emphasizes fairness as the WSAMA argued in their amicus brief. The GMA “is unworkable if development regulations are not applied equally.”