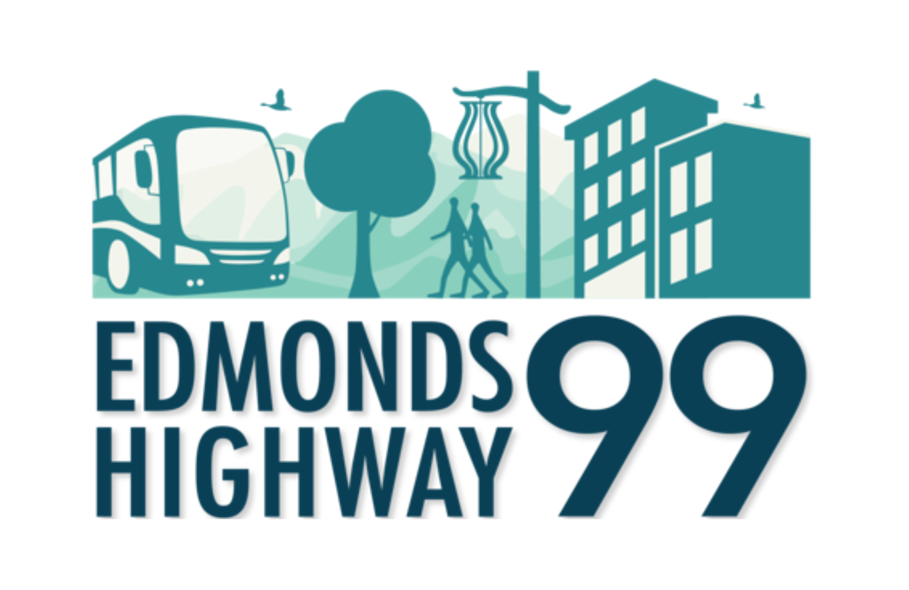 Edmonds is actively planning land use changes for its stretch of SR-99. Running from 244th St SW to just north of 220th SW, the city has a patchwork of urban commercial and residential zoning. The city has selected a study area along the corridor that ranges one to six blocks from SR-99 and Edmonds Way (east of SR-99). Within the area, Edmonds has been evaluating zoning changes that would consolidate a patchwork of zoning down to one primary zone and be paired with consistent development regulations. However, certain residential areas and Swedish Medical Center would retain their existing zoning under the preferred zoning alternative.

To support possible zoning and development regulation changes, the city has issued a Final Environmental Impact Statement. Zoning changes would accommodate substantial increases in the number of new housing units and jobs by 2035. A net increase of 2,101 homes and 696 jobs are possible under the proposed zoning changes over the status quo.

Areas proposed for zoning changes would go to General Commercial (GC), which would allow 75-foot tall buildings. For the GC zone itself, that would be an increase of 15 feet, or one story, over existing development regulations. Community Business (BC) and Multifamily (RM) zones proposed for zoning changes to GC would see an even greater height limit increase. Both of the zones have a maximum building height of 25 feet, so conversion to GC zoning would effectively represent a 50-foot building height limit increase. Those zoning changes would also have other bulk regulations adjusted. The proposed subarea zoning is as follows:

The proposed subarea zoning changes would be comprehensive including a variety of modifications to development regulations. The FEIS succinctly captures the general approach to these modifications: “In general, the proposed changes would result in a land use pattern that is more pedestrian-friendly, with buildings located closer to street frontages, fewer parking areas located between buildings and primary street frontages, more areas designed for pedestrian use, and more pedestrian infrastructure.” These types of changes are laid out in the following table:

Edmonds intends to adopt specific objectives and goals for the subarea through a local plan. In June, the city published its draft subarea plan which provides a high level of specificity in the types of actions and possible programs that could be directed to the subarea. These include planned transportation improvements and recommendations on wayfinding and signage strategies, transit, and programs to deliver affordable housing. It also takes stock of background data, opportunities, and challenges:

The draft version of the subarea plan is proposed to be adopted as part of the area-wide zoning changes.

Also as part of the rezone, Edmonds hopes to adopt a Planned Action ordinance for the planning subarea, which would eliminate the need for further environmental review under SEPA (State Environmental Policy Act) for new development in the area, provided that cumulative impacts of new development projects remain below the planned level of development capacity and implement the identified mitigation strategies in the FEIS/Planned Action ordinance.

A final package of changes for the subarea could be approved on August 15th.

UPDATE 8/9/17: Updated to reflect new information on timing of approval.