Thirty years ago, Carol and I flew to Delhi, landing by the first light of a November morning. As we waited for the bus into the city, we shivered from the unexpected cold–young New Yorkers with backpacks… The bus eventually came and drove us through Delhi’s outskirts by the blue light. The air was misty and smokey from the dung fires people were just beginning to light, and it was hard interpret the bleak surroundings that flitted by: a wall, some machiner,y a few people standing around in the gloaming.

But as we got to the center of the great city, the sun came up, and the wide thoroughfares came alive as rivers of humanity. And, oh my, so many ways to get around: buses festooned with marigolds and icons, ox and donkey carts, dusty trucks, and even elephants plodded along; cars and taxis honked and claimed whatever space would fit them; and a myriad of rickshaws, scooters, bicycles, and pedestrians weaved in and out around the sacred cows and beggars. There were no lanes, yet everyone seemed to have a place in the cooperative anarchy of the Delhi streets. And when more traffic was heading east than west, then east bound traffic simply bulged out, taking up 70% of the right of way–so if you looked up the road you would see the median line snaking ahead.

These roads were cacophonous, dazzling with color, dizzy with movement, both crazy and surprisingly functional. Traffic was slow, but it moved and pulsed and swayed.  And when the late afternoon the heat finally came and the traffic felt less urgent, these streets, bathed in golden light, were beautiful.

I don’t want to over-romanticize this. The motor rickshaws spewed wretched smoke. The open sewers stank horribly, there were injuries and fatalities, bicycle rickshaw drivers had unbelievably strenuous lives, and Delhi commuters cursed the traffic.

But there is not, and never has been, a perfect system for traffic–from ancient Rome to modern New York, people have cursed it. Traffic is everywhere disliked and no where the same. Traffic is a cultural artifact, and while our own traffic is bad, that of other cities is even worse. Delhi’s traffic is about as unlike our own as possible, and many here the US would find it horrifying. Yet, I am convinced that it has some things to teach us.

One clear lesson: the Delhi streets were democratic. They allowed any mode of transport, and if all you could afford was a rusty old bike, you had a place on the street. What a contrast to Seattle, where in many parts of town the street design and traffic culture creates a virtual monopoly for cars, and even sidewalks are missing and biking is treacherous. For most Seattleites owning a car is a necessity, and not a cheap one. According to the City of Seattle’s New Mobility Playbook, “on average, owning a car in King County adds about $12,500 a year to the household budget.”

A second lesson of the Delhi streets concerns speed–the traffic I saw moved at much slower speeds than traffic in the US. Yes, the sheer density slowed things down. But there was also so much to see that people slowed down just to appreciate the spectacle, so even when the traffic did not clog the streets people moved slowly. The sacred cows were particularly effective; as revered creatures, everyone slowed for them.

Here in the US we have a speeding problem. A recent National Transportation Safety Board report found that speed-related death is comparable to that attributed to alcohol-impaired driving, and kills about 10,000 people per year. See report here. The deadliness of speed starts to increase exponentially above 30 miles per hour. To slow down vehicles, US engineers use “traffic calming” techniques such as speed bumps, road diets, and driver feedback signs. These techniques are only partly successful, people tend to speed up between bumps, for instance, and the Rainier road diet, while somewhat successful, has not managed to stop cars from speeding.

A more subtle and intriguing approach, called “psychological traffic calming”, is emerging, especially in Europe, and it may even be more effective than the traditional calming methods–by installing intriguing art work, or cafe seating by the edge of the road, drivers will slow down out of curiosity or respect. The streets of New Delhi had this system years ago, sacred cows and festooned buses have long functioned as mental speed bumps that stimulate the mind without jolting your suspension.

A third lesson from the streets of Delhi concerns the safety benefit of steering though chaos. I know that sounds crazy, but bear with me. In a street environment of no lanes, few signs, and a lot very diverse traffic, there are many of what traffic engineers call “conflicts”–that is moments when two people (drivers, bikers, pedestrians) want to get in the same space at the same time. Tom Vanderbilt wrote about this in Traffic: Why We Drive the Way We Do, which I happened to be reading as I was writing this essay.

“In conventional traffic engineering thought, the more conflict, the less safe the system. But again, Delhi challenges preconceptions.  In a study of various locations around Delhi,” Vanderbilt wrote, “researchers found that the site that had a low conflict rate tended to have high fatality rate, and vice versa. In other words the seeming chaos functioned as a kind of safety device.”

In a way this safety benefit is understandable, all that chaos makes us alert for the unexpected and aware that we are steering a deadly weapon. It does not make driving pleasant, especially to a driver new to this environment, but it makes it safer.

Here in the US our street system is designed to minimize the number of conflicts; our lanes tell us exactly where to be, the signs tell us how fast we can go, what to look out for, and when to stop. If drivers follow the system they can disengage some, talk on the phone, sing and dance with the radio, or just space out and discover, several minutes later, that they have no memory of the last several miles of driving. Driving in the US is designed to be as conflict free as possible which may be why “distracted driving” is an epidemic, and why our streets are so deadly. No matter how much engineers try to design conflicts out of the road system, they cannot eliminate them–the kid will dart out from behind the bus, the bicyclist will serve to avoid a pothole–and the driver, at a deadly speed and lulled into a false confidence, suddenly cannot brake fast enough. The problem of traffic safety is not only a problem of engineering roads for safety, it is also a problem of people, especially of people who drive too fast because they feel safe.

So, what to do with all these lessons from the streets of Delhi? I’m not actually suggesting we install a bunch of sacred cows, do away with the lanes, and call it good–though it would make for an amusing morning commute!

But, as Seattle grows, and gets denser, as more people take to the roads, as we improve transit and pedestrian and bicycle routes; it makes sense to think about how to accommodate this new democracy in our streets that have been so monopolized by cars. And an essential part of that is to a need to slow the cars. So, what would be good mental speed bumps for Seattle drivers? Should the Seattle Department of Transportation hire more public artists? And how can we help Seattle drivers adapt to more chaotic systems? Several people have called for banning cars from Pike Place Market, yet I think we need more places like Pike Place Market where car drivers learn, up close and personal, how to live with pedestrians.

Some things are certainties–both the infrastructure of Seattle roads and the culture of Seattle traffic is evolving, and in fact seems to be headed for fairly rapid evolution. Now is the chance to shape it.

Andrew Kidde lives in Southeast Seattle. He’s on the steering committee of the South Seattle Climate Action Network and the leadership team of 350 Seattle. A former mediator, facilitator, and planner Andrew became a full time climate activist in 2015. Areas of interest include: transportation, carbon pricing, the design of collective spaces, among others things… 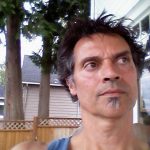 Andrew Kidde is a climate activist focusing on how transportation infrastructure and urban design can help create sustainable communities. He lives in Southeast Seattle where he raised two kids. He’s on the leadership team of 350 Seattle; chair of the Rainier Valley Greenways and Safe Streets, steering committee member of the South Seattle Climate Action Network, and member of the 37th Democratic Legislative District Climate Caucus. Andrew became a full time climate activist in 2015 after a career as a planner, mediator, and lawyer.