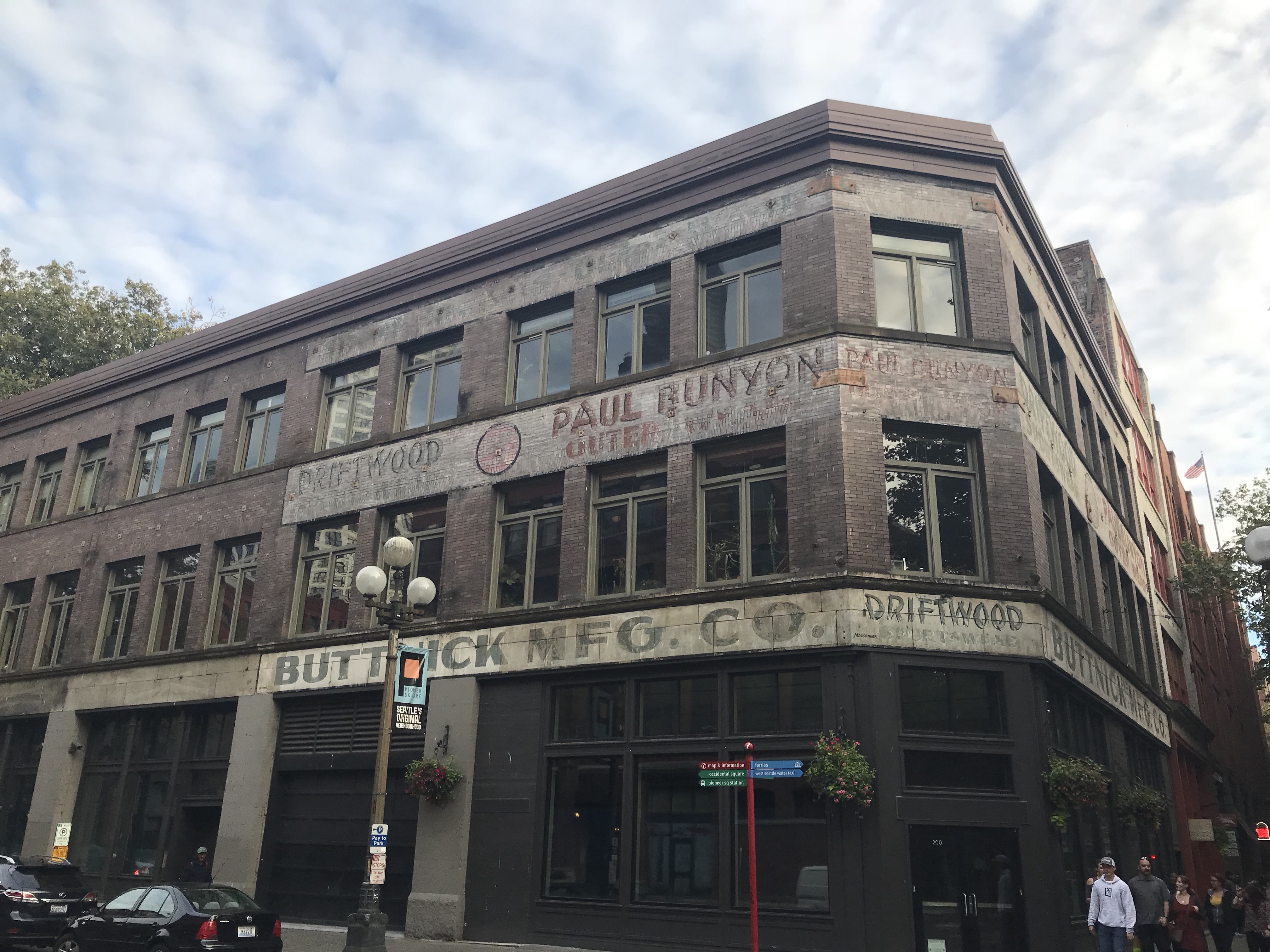 On Monday, the Seattle City Council received a policy briefing on recommendations to improve the safety of unreinforced masonry structures. The council also approved a site-specific rezone in the Madrona neighborhood, which could allow for more mixed-use development on the neighborhood’s main north-south retail spine.

During the city council’s regular Monday morning briefing, staff from the Seattle Department of Construction and Inspections (SDCI) and Office of Emergency Management provided key findings and recommendations on policies that could reduce the likelihood of unreinforced masonry (URM) buildings from collapsing during a moderate earthquake. The recommendations come from a multi-year effort by the Unreinforced Masonry Policy Committee. City staff were blunt in addressing the startling realities that Seattle faces in moderate and high intensity earthquake scenarios.

Barb Graff, Office of Emergency Management Director, emphasized the extent to which URM buildings pose a threat to people now. “There’s over 1,100 unreinforced masonry buildings throughout Seattle representing more than 25 million square feet of building space,” she said. “We believe that approximately 700 of those buildings have no visible sign of retrofit…More than 450 of those buildings have occupant loads of at least 100 people resulting in an estimated 33,000 people who are living, working, sleeping, eating, and going to school in those buildings at any given time.”

Nathan Torgleson, SDCI Director, highlighted the challenge and necessity of developing policy for URM buildings. “We have an interesting policy dilemma for [URM] buildings,” he said. “They are among our more most historic and oldest buildings, and they’re valuable contributors to neighborhood character. Many of these buildings are in neighborhoods where we have high risk of displacement because of redevelopment happening in our city.”

Catastrophic seismicity during the the next fifty years is highly likely according to Graff. She explained that Seattle has an 86% chance of being hit by a 6.8 earthquake, similar to the Nisqually Earthquake in 2001. That earthquake sustained substantial to buildings in Seattle, particularly URM buildings in Pioneer Square where high liquefaction damage risk is prevalent. Twenty buildings were red tagged (occupancy was prohibited) after the Nisqually Earthquake according to Torgelson. But the risk for even higher intensity earthquakes is also high. Seattle could also be hit by earthquakes at or above 8.0 (33% chance) or 9.0 (12% chance) on the Richter scale over the same time period. This could result in the kind of full scale devastation seen in Christchurch, New Zealand from the 2011 earthquake.

Councilmember Kirsten Harris-Talley asked a question to get at the equity impact that URM buildings pose to residents. She wanted to better understand the share of buildings by use. Staff replied that about 30% of the buildings are commercial, 16% residential, and 13% mixed-use (typically first floor commercial and residential above). Councilmember Kshama Sawant also wanted to know what share of residents might be tenants. However, city staff could not confirm how many residents might actually live in the buildings and their tenancy. Councilmember Lisa Herbold later suggested that SDCI cross-reference the known URM buildings with the Rental Registration and Inspection database that the department manages.

Jon Siu, Seattle Building Official, explained that masonry buildings can often be at risk of collapse or damage, even during a moderate earthquake. One of the dangers is the parapet, a projecting element at the roofline, which usually is not braced. City law already requires securing parapets if any other improvements or alterations are proposed to a masonry structure, but not otherwise mandatory. Parapet collapse and damage is a very common failure in masonry buildings and poses serious threats since brick, stone, and mortar can fall to the street level hitting people and blocking passage ways making emergency and recovery response difficult. Parapet collapses can also have the effect of pulling or weighing down other portions of brick and stone facades, eventually leading to a larger facade failure.

Siu used the following images to highlight how masonry exterior walls react during an earthquake and can ultimately fail. The movement of the earth can be jerky up as well as sideways leading to interior floors to pull apart from walls, which can crack and weaken the walls. This can, at its extreme, to total failure and outright collapse. This recently happened in the Mexico City earthquake with a brick building.

Siu explained that the Unreinforced Masonry Policy Committee was recommending the Bolts Plus standard, which is being implemented in numerous California City. Building and property owners would be required to retrofit URM buildings by bracing parapets, anchoring the exterior walls to the roof, and anchoring the exterior walls to the interior floors. In some cases, buildings may need additional bracing treatments to strengthen the overall structure and replacement of existing mortar if weak. Siu was clear that these types of actions are minimal and would primarily serve to save lives. He further explained that there’s no guarantee reinforced structures under this standard would remain intact after a large event, but it could go a long way to preserving them in small or moderate event like the Nisqually Earthquake.

Councilmember Rob Johnson asked how much retrofitting might cost. Siu said that costs are estimated anywhere from $5 to $60 per square foot. The average number that Seattle is using, Siu said, is $45. Councilmember Sally Bagshaw asked Siu about alternative standards. He said that here are other standards out there, such as Bolts Plus Plus Frame and ASCE 41, to provide specialized protection.

Graff explained that the Policy Committee had categorized URM buildings into three categories: critical, high, and medium risk; there is no low risk. The difference for each of these come down to use and local conditions. Each category would be prioritized differently for retrofitting with the highest risk buildings requiring earlier retrofitting:

Public buildings make up a large share of the URM structures. City staff indicated that 40 buildings owned by the City of Seattle and 21 public school buildings are URMs. However, Seattle Public Schools has done some level of retrofitting for all but one of the 21 listed schools.

Councilmember Mike O’Brien asked city staff what the estimated cost for retrofitting all of the URM buildings would be. Graff responded that it be “over a billion” and noted that cost was a factor in phasing and spreading implementation and compliance of refitting over a 13-year timeline. Graff also said that financing from a broad set of stakeholders, including public financing, would need to be a piece of the ordinance so that retrofitting could be accomplished unlike past efforts.

Echoing Torgelson’s earlier point during the meeting, Councilmember O’Brien highlighted the very real tradeoffs in retrofitting. On the one hand, retrofitting could reduce insurance premiums, extend the life of a building, and create an opportunity to improve the overall amenities of building. On the other hand, the cost of retrofitting and improvements to a building could pose a threat of displacement to existing tenants, whether residents or businesses. He flagged the issue as a policy to be considered going forward.

A rezone in the Madrona neighborhood has been approved. The Seattle City Council authorized a two-lot rezone just a block east of the burgeoning retail district centered on E Union St and 34th Ave. Martin Liebowitz requested a contract rezone from Lowrise 2 (LR2) to Neighborhood Commercial 1 with a 30-foot height limit (NC1-30) for two adjacent properties, one of which is owned by his limited liability company.

Comment letters from neighbors were generally skeptical or oppositional to the rezone proposal and future development of the Liebowitz properties. Neighbors raised issues on fire access, appropriateness and consistency of the rezone, and lack of a formal development proposal to gauge its compatibility with local character. In particular, neighbors seemed to express serious concern over how drainage could impact their properties if the Liebowitz properties were redeveloped and how traffic would affect the local road network and on-street parking. Residents noted that nearby (one block south) St. Therese Catholic Church and school generate a lot of local traffic.

Another neighbor, however, expressed optimism of the rezone and possible redevelopment and argued redevelopment had improved the neighborhood for everybody. “Union & 34th has dramatically improved, in terms of neighborhood activity and commerce, in the past 15+ years. This in turn has made the area more walkable at all hours and turned Madrona into more of an urban village. I hope the [rezone] application is approved.”

While no development specifically has been proposed on the Liebowitz property, it’s possible that a three-story mixed-use development could be built on the site. Future development will need to comply with all development regulations the NC1-30 zone, including development or payment of affordable housing for any new residential development and most new commercial development (if over 4,000 square feet).