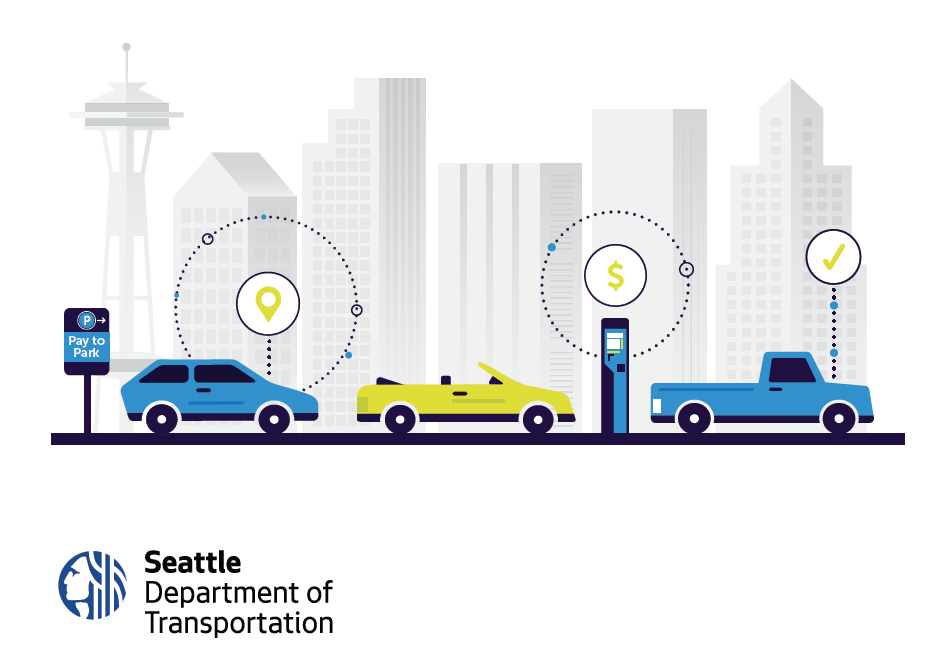 It’s been two years since we last checked in Seattle’s paid parking program. Earlier this month, the Seattle Department of Transportation (SDOT) released their annual parking demand report and plan to revise paid parking rates and restrictions. The most notable changes include:

SDOT is extending paid parking hours primarily in Capitol Hill. Three local subareas, including Capitol Hill North, Capitol Hill South, and Pike-Pine were chosen for the extended paid parking hours. Parking occupancy in each of the subareas regularly exceed 90% after 8pm. Some times even saw 110% occupancy after 8pm during the survey, which reflects how much demand local trips to restaurants, bars, and clubs are generating in addition to local trips.

The annual survey also showed significant demand in the Ballard Locks subarea with occupancy rates shooting up after 6pm during the summer. SDOT’s data shows that average occupancy during this year’s survey was about 50% at 6pm whereas the 7pm and 8pm timeframes shot up to 90% and 80% respectively. To better manage occupancy rates, paid parking will be extended from 6pm to 8pm in the summer months of 2018. Similarly, the Ballard Edge area has seen high demand during evening hours, which is why SDOT will also extend paid parking until 8pm there.

SDOT will also look at other neighborhoods to see if extending paid parking in the future might be sensible. Survey results from 2017 suggest that parking occupancies remained high after 8pm in variety of areas, including: 12th Avenue, Ballard Core, Chinatown/International District Core, First Hill, and Green Lake.

Paid parking zones could eventually come to new areas in 2018. In 2017, SDOT studied four areas specifically: Fremont, Roosevelt, Uptown, and Westlake Ave N near Lake Union. SDOT is currently reviewing the 2017 data to determine if parking utilization rates make paid parking a desirable tool to manage demand. If the SDOT proposes expansions, the department will conduct public outreach prior to making a decision. Last year, SDOT made expansions in some unpaid parking areas on Dexter Ave N and Eastlake Ave E near South Lake Union. SDOT made the expansion because daytime parking occupancy rates were at 100%, which is likely reflective of the growing neighborhood for both residents and jobs.

In some cases, the planned changes differ from 2016 due to the results of the 2017 survey. Examples include Uptown Core, Green Lake, and Ballad Locks (Summer).

Besides some of the changes already discussed, SDOT will make general adjustments to paid parking rates based upon time of day. Rates will generally be revised up or down by 50 cents:

So Capitol Hill South, for instance, where paid parking lasts until 8pm, parking is technically limited to three hours but in practice unlimited after 5pm if fully paid during the period. SDOT’s new restrictions would actually eliminate time limited parking after 5pm. This means that parking merely only needs to be paid during the paid parking period. A vehicle parked at 5pm could remain in the same place after 10pm without having to be moved.

The paid parking rate changes should be rolling out soon