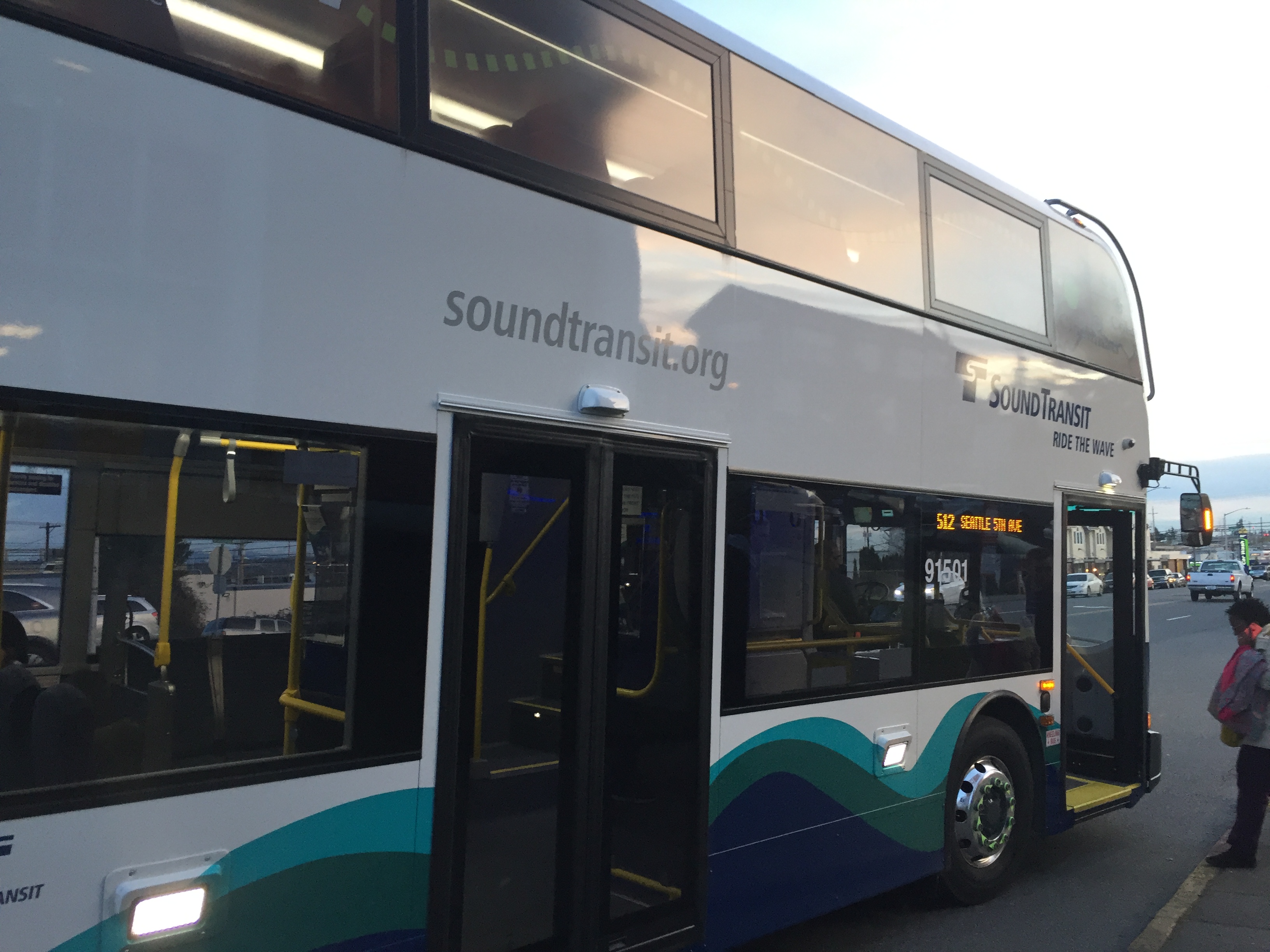 Sound Transit staff is moving forward with an effort to restructure adult fares on ST Express bus service. Billed as “fare simplification,” the changes are supposed to help better align the transit agency with other local transit agencies that have undergone similar restructures in advance of Next Gen ORCA. Staff will present two options to the Sound Transit Operations and Administration Committee today, which are identical to the proposal in January.

The staff-recommended option is to set all regular ST Express adult fares at $3.25 with no zones. A second option would also eliminate zone-based fares but charge different fares depending if a route only operates within one county or two counties. Both options would consolidate fares for youth, seniors, and individuals with disabilities or qualifying low incomes by setting fares at a flat rate. If any changes are adopted, they would take effect on July 1st under the proposals.

To quote from our summary of the proposal in January:

The flat fare option would dramatically subsidize long-distance routes, which often cost more to run than one-county routes. That option would most benefit suburban commuters, but could help alleviate some of the financial pain for those with lower incomes. One-county riders, however, would see an 18% fare increase overnight.

The route-based fare approach would be closer to the status quo, but could discourage many one-county riders to reconsider using two-county express routes due to much higher fares. Using ST 512 as an example, many riders shuttle between Downtown Seattle and North Seattle/Shoreline even though the bus operates as far as Everett. Likewise, many riders in Snohomish County only ride the route between Everett and Lynnwood. A 36% fare hike for the same service is simply unjustifiable.

Agency staff refused to consider alternative options to restructure fares, such as simply consolidating all regular adult fares to $2.75.

Sound Transit sought feedback from respondents to the proposal. A large plurality of respondents, more than 40% in both cases, felt that Option 1 and 2 were inequitable proposals. Nearly 40% of respondents also felt that the proposals were unaffordable, an indication perhaps that many riders responding would see increasing, not declining fares. Agency staff unfortunately did not provide an adequate breakdown by ridership demographic for respondents to paint a more clear picture of equity and affordability concerns.

Under ridership and revenue models by the transit agency, both options could have wildly differing impacts. Option 1 could directly lead to a decline in ridership of 68,000 to 325,000 yearly. Financial impacts could be slightly positive, however, increasing by a meager $774,000 to $1,300,000. Option 2 could lead to a lesser hit or even positive impact on ridership with a loss of 21,000 to a gain of 20,000 yearly. On the financial side, the option could lead to even more meager revenue increases of $118,000 to $240,000.

The overall financial implications between the two proposals are fairly de minimis because they generally increase regular adult fares and only slightly create a negative aggregate effect on ridership. Increased fares and a reduced ridership are offset by deeply reducing fares on multi-county trips for youth, seniors, and individuals with disabilities or qualifying low incomes and in the case of Option 1 significantly subsidizing multi-county trips.

The reduced fares for longer-distance travel for youth, seniors, and individuals with disabilities or qualifying low incomes are an undeniably valuable and important aspect to the proposals. However, the proposal before the Sound Transit Board of Directors mirrors the regressive flat fare restructure approved by the Metropolitan King County Council for Metro last year. Before signing off on any changes, the Sound Transit Board of Directors should have a robust discussion on the transit agency’s objective to increase ridership and provide affordable, equitable service to all segments of the population, which could mean accepting lower farebox recovery.