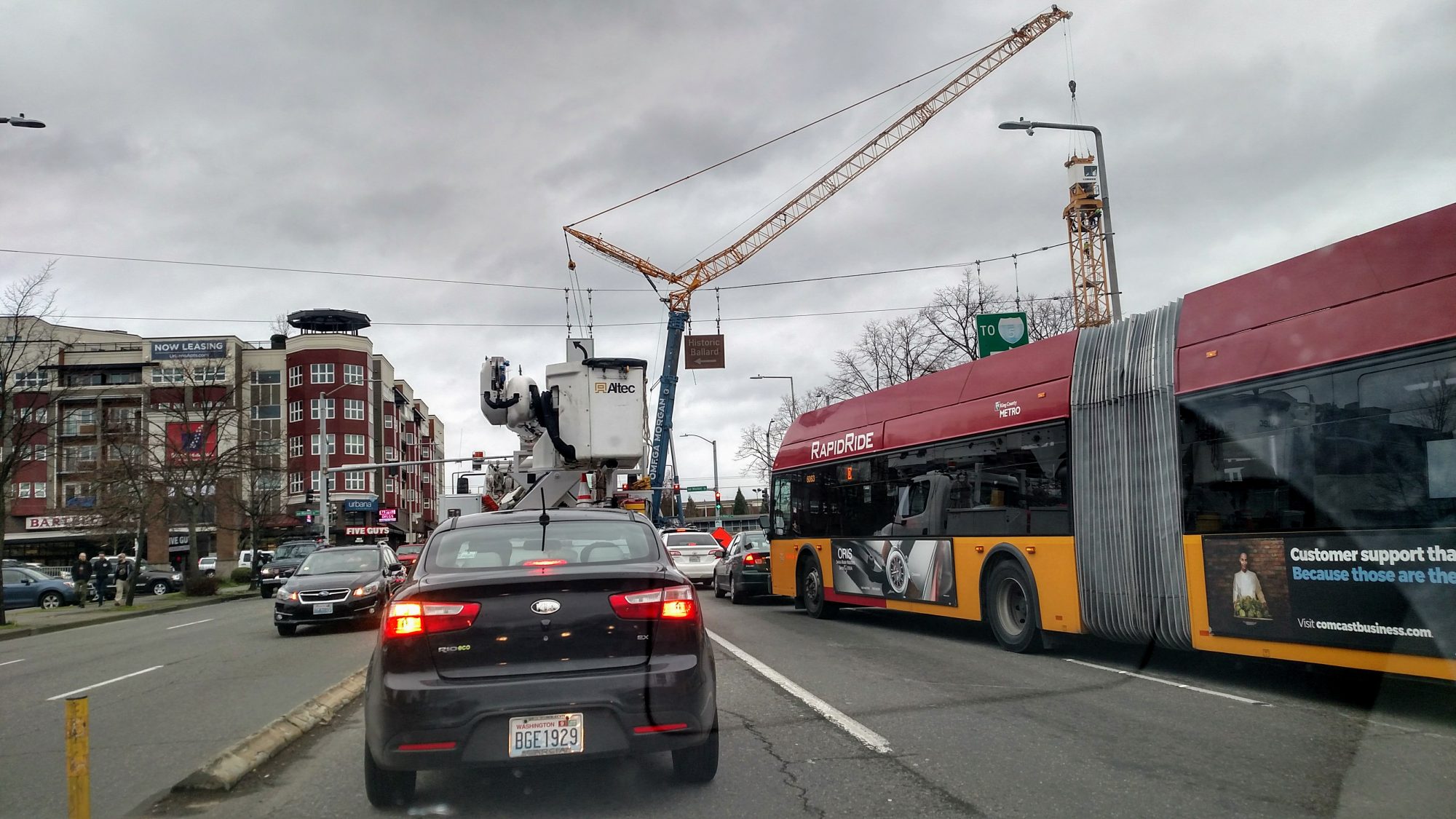 Ten urban villages’ boundaries are expanding in the latest batch of Housing Affordability and Livability Agenda (HALA) rezones, but by the city’s own logic many more should expand soon. The city justifies its urban village boundary expansions with proximity to frequent transit nodes, and many more nodes are popping up as the city upgrades more and more lines to the frequent transit standard.

Over the course of crafting the Mandatory Housing Affordability (MHA) rezone plan, Seattle Office of Planning and Community Development (OPCD) developed the principle of expanding urban village boundaries to ensure they stretched at least as far as a 10-minute walkshed from each village’s respective Frequent Transit Node(s). Frequent Transit Nodes were defined as light rail stations or the intersection of two frequent bus lines.

The catch is OPCD locked in those Frequent Transit Nodes at the start of the process two years ago. As luck would have it, that was before investments from the Seattle Transportation Benefit District (STBD) came online, adding several additional frequent transit lines. The bus-to-Link restructure also bumped up frequencies on some routes. The Seattle Municipal Code defines Frequent Transit Service as “transit service headways [time between scheduled bus arrivals] in at least one direction of 15 minutes or less for at least 12 hours per day, 6 days per week, and transit service headways of 30 minutes or less for at least 18 hours every day.”

RapidRide has been in the Frequent Network since implemented. Routes like the 5, 7, 8, 36, 40, 44, and 48 also met the definition back in 2015. Since the multiyear MHA journey began, Routes 45 and 62 have joined the ranks of frequent service, others later this year will, too. Those frequent network additions would have important ramifications for urban village boundaries.  The crosstown 45 cutting across the grid gives Greenwood a Frequent Transit Node–two in fact–with the intersections with Route 5 and RapidRide E. Adapting the Comprehensive Plan appropriately to meet this reality would put some meat on those skinny urban village bones.

It would appear the principle of boundary expansions from frequent transit nodes didn’t get followed in all instances. Some exceptions are by design; OPCD intended to exempt for environmentally critical areas (e.g., steep hillsides or watersheds) from urban villages and has a preference to maintain industrial lands. Other cases seem to have just fallen between the cracks. Wallingford and Fremont don’t get boundary expansions from its Frequent Transit Node at Aurora Avenue and N 46th St where the RapidRide E and Route 44 intersect. This node happens to be at edge of each urban village, somewhat complicating matters.

As you can see above, the frequent transit node principle would dictate that North Fremont turn into a true urban village instead of an implied one. Wide swaths of single-family zoning exist near the frequent transit node at the intersection of Phinney Ave N (Route 5) and N 46th St (Route 44). The addition of Route 62 to the frequent network would support widening Wallingford Urban Village boundaries, particularly toward the east. The Seattle City Council should make these changes to the Comprehensive Plan at the next opportunity.

Putting Bryant, Laurelhurst and Sandpoint on the Urban Village Map

South Seattle has fewer frequent transit nodes created by buses since southern crosstown routes do not meet the frequent definition. The light rail stations do qualify as nodes though and the MHA maps suggests the urban village boundaries will be extended in station walksheds. West Seattle does have some frequent transit nodes including Westwood Village (where the C, 21, and 120 all meet) and 35th Ave SW and SW Avalon Way (where the C and 21 meet). Though partially in urban villages, boundaries should be extended from these nodes to the full 10-minute walkshed.

Some routes are on the cusp of meeting the frequent transit definition. Route 32 could meet the standard with some amplification, as I made the case before. There’s also a case to be made to upgrade Route 50 as a frequent crosstown route for South Seattle. Route 2 is also close. As Seattle adds service hours, more routes will join the frequent transit network creating more nodes. More and more of the city should be zoned for multifamily density–by virtue of new and expanded urban villages–as that happens. Urbanists should make the case for these expansions and new urban villages as the Seattle City Council takes up the Comprehensive Plan. Getting them on the docket would ensure we more equitably spread growth across the city and avoid single family enclaves within frequent transit walksheds.