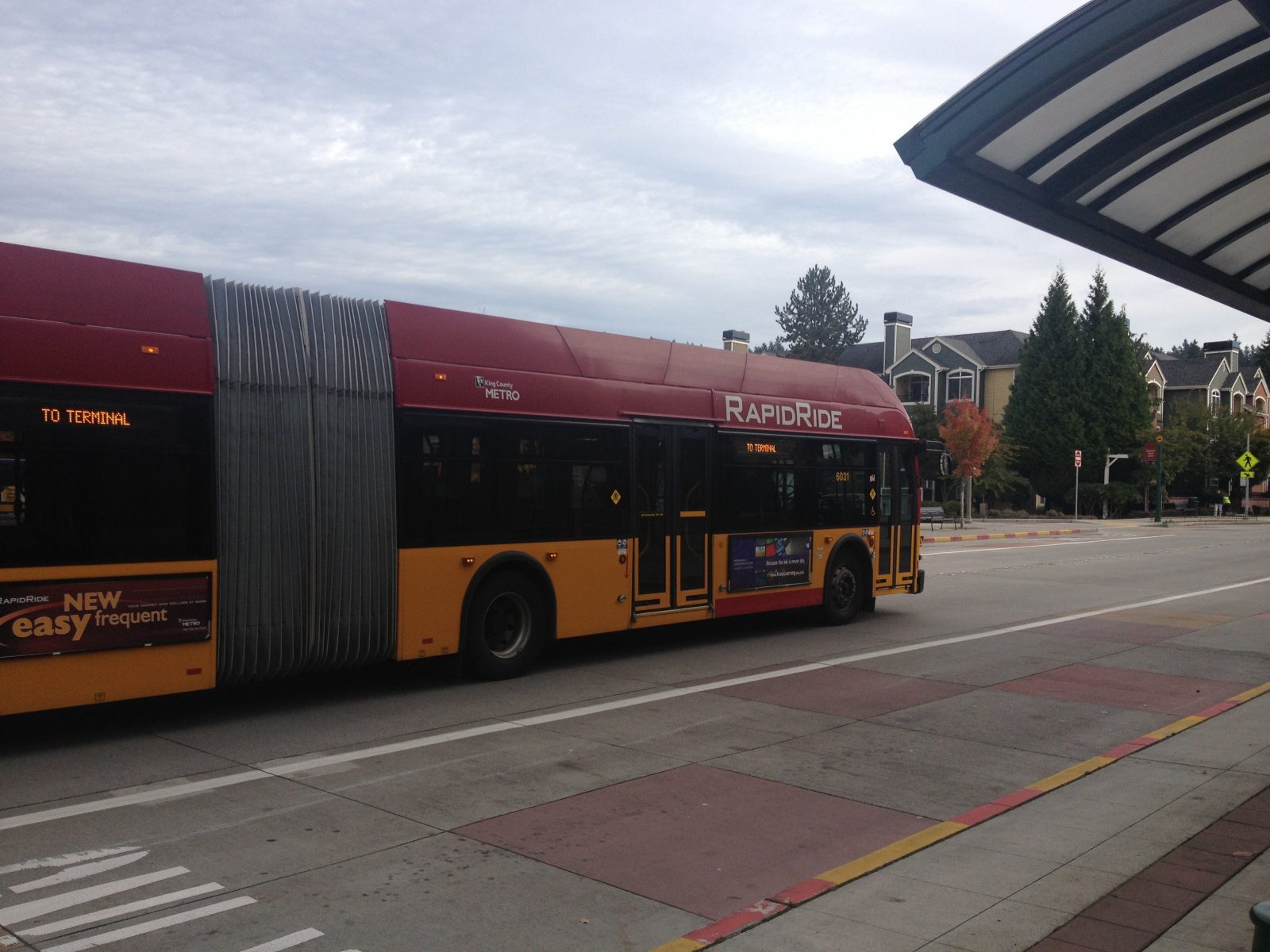 King County Metro Transit’s long-range plan would bring the county’s RapidRide total to 40 by 2040. But something not envisioned is a route connecting Ballard and the University of Washington (UW) on streets closer to the water. The two neighborhoods will have a RapidRide connection when Route 44 is upgraded in 2023. That still leaves Lower Wallingford without a direct connection to Ballard, and southeastern part of Fremont without a direct connection to the UW. That made me wonder if a “Cut Line”–tracking along the northern edge of the Salmon Bay, the Fremont Cut, Lake Union, Portage Bay, Montlake Cut, and Union Bay–would be useful and ridership-inducing.

Access to the UW is weaker than it should be for both Lower Fremont and Lower Wallingford. These neighborhoods are dense and have added more than a thousand new apartments this decade–and with their urban village designations they’re zoned to get denser. Route 31 and Route 32 together are intended to approximate frequent service along part of this corridor during peak times. In practice, this doesn’t always work out so well and it’s not uncommon to see the two buses come one right after the other and then leave a big gap instead of being more evenly spaced. Consistently frequent service throughout the day best serves transit-dependent folks and helps win people over to a car-lite or carless lifestyle. Plus, on a route serving the university, many commutes do not happen at typical hours. Meanwhile, the 31 doesn’t run after 8pm.

For its western portion, the Cut Line can piggyback on RapidRide upgrades to Route 40–slated for 2023–and Route 44. The Route 40 RapidRide will hopefully being a dedicated transit lane on Leary Way which could then serve the Cut Line. The routing in the central portion (along N 35th St, Wallingford Ave N, N 40th St, and NE Campus Pkwy) includes opportunities to add queue jumps or in-lane stops that–paired with transit signal priority, stop balancing, off-board payment, and all-door boarding–should speed up the route considerably. Route 31 and 32 could also see their reliability and speed improve from these upgrades.

Building Demand for the Ballard Spur

The eastern tail of the Cut Line serves U Village and Seattle Children’s Hospital. Along with Route 44, the Cut Line could serve as a starter line to build demand for a Ballard-to-UW subway that proved so popular during the outreach portion for the Sound Transit 3 (ST3) package. Strong ridership on both would further demonstrate crosstown transit demand between Greater Ballard and the Greater UW communities to warrant a subway investment. Since ST3’s Interbay alignment will provide downtown service, the Ballard-to-UW subway would need new to stand on other merits than providing the first downtown to Ballard connection. If Ballard, Fremont, Wallingford, and the U District continue to grow steadily, then a fixed crosstown route connected them may prove necessary.

End of the Line?

The map shows the route terminating at Seattle Children’s like Route 32 does today. However, often Route 32 turns into the 75 and continues on to Sand Point, Lake City, and finally Northgate–at the site of soon-to-be Link station. The 75 is in the frequent network with 15 minute service or better all day. The even more frequent Route 65, which serves Wedgwood and Lake City, also could be a route pairing. As an urban village, Wedgwood would be a strong enough destination to draw RapidRide service, but Wedgwood is not yet an urban village and has only grandfathered multifamily zoning. That could change, at least if anybody listened to The Urbanist; we endorsed adding it as an urban village back in 2015.

So when could this bus line happen? Actually a few looming planning actions could feed momentum into a bus upgrade like the “Cut” Rapidride. The University of Washington recently released a Campus Master Plan update and drew criticism for not doing more to decrease the campus’ drive-alone rate. The plan does recommend UW pay some of the costs of making Route 44 a RapidRide bus line. The 31 and 32 don’t feature as prominently. The Seattle City Council could demand that the UW meet more of the demands for transit contributions and chip in for upgrades to Routes 32 and 65.

The other big opportunity to reimagine the bus network on the near-term horizon is when Northgate Link opens in 2021. Officially joining the 65 (or 75) with the 32 could make more sense at that point since it’d feed the station. Likewise, the Cut Line could help feed Ballard Link, which is scheduled to open by 2035.

Or maybe this isn’t a convincing case and I’m just a guy who wants his commute to the UW in the morning to be more dependable.