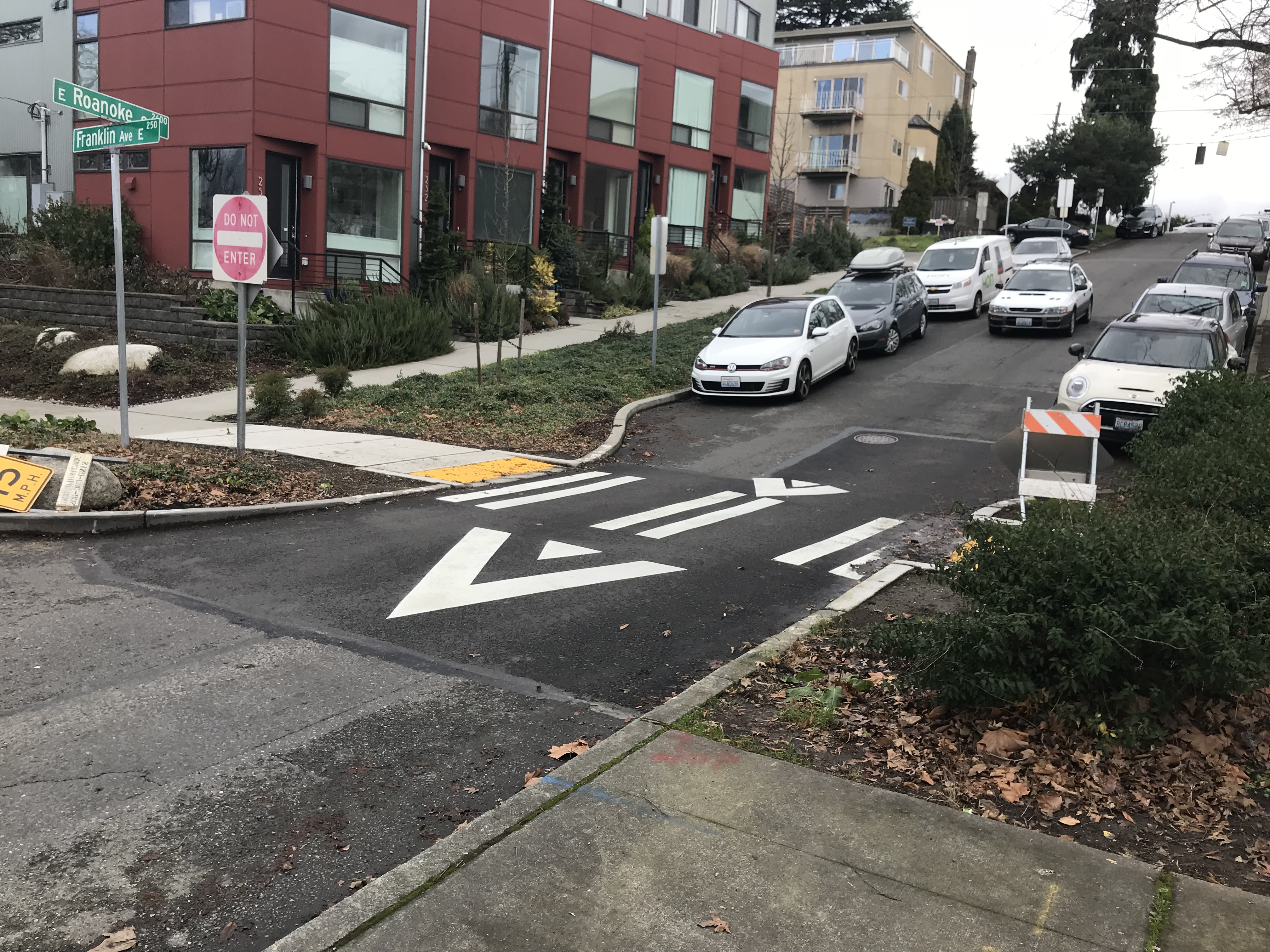 On Tuesday, the Seattle Department of Transportation (SDOT) unveiled its five-year pedestrian implementation plan spanning 2018 through 2022. The plan provides key background information about long-term objectives, assumed costs for pedestrian improvement types, recently completed projects, and projects to be constructed within the next five years. Similar to the bicycle implementation plans, the document is heavy on tables and graphics, helping to make it easier to understand what SDOT intends to achieve during the implementation period.

The plan is highly data-driven and attempts to identify investments that are of the highest priority. Each set of projects considered are ranked using a variety of key factors and criteria, such as equity, location, and local conditions. In a city with thousands of streets and intersections, the need for investments are great. Sifting through an endless list of possible projects is no easy task, but important to make investments that stretch limited dollars and provide equitable benefits.

A negotiated settlement to a lawsuit brought under the Americans with Disabilities Act (ADA) adds urgency to the five-year pedestrian plan. Ryan Packer reported on the implications in July 2017:

The lawsuit alleged the City is currently violating the Americans with Disabilities act, based on the current number of intersections that are lacking proper curb ramps and the fact that many intersections have curb cuts that are substandard. Under the settlement, the Seattle Department of Transportation (SDOT) will be required to build 1,250 curb ramps every single year, adding up to a commitment to install 22,500 over the next 18 years. The requirement to build starts immediately, with 625 new ramps by the end of 2017 counting to the quota. According to a 2016 survey, the city only has 27,253 curb ramps right now, so by 2035 Seattle will see its curb cut inventory almost double.

The implementation highlights various treatment types for pedestrian projects, when they are used, and their estimated costs. Treatments fall into four general project type categories:

The cost for typical treatments is often considerably more expensive than one might expect. The city is trying out low-cost options where safe and reasonable to spread the benefits of investments further.

SDOT reports that the agency has already delivered on a variety of key improvements in the past two years:

Under the Move Seattle levy, SDOT has specific objectives in pedestrian project deliverables:

To get a sense of what of the types of projects have been delivered, SDOT has summarized project locations and treatments by year in the following tables:

Looking Ahead to the Next Five Years

In the next five years, SDOT will evaluate crossing improvements for approximately 101 signalized intersections and 217 unsignalized intersections to make city streets safer and more comfortable for pedestrians. Most of the signalized crossings to be evaluated are in the city center on Second Avenue and nearby streets. Unsignalized crossings under evaluation are more dispersed throughout the city, but North Seattle, Southeast Seattle, and southern portions of West Seattle are poised to get particular attention.

Dozens of sidewalk improvement projects are planned over the next five years. 83.25 blocks will be on arterials and another 75.5 blocks will be on non-arterial streets. A total of 158.75 blocks of sidewalks should end up being rolled out, particularly in North Seattle above N/NE/NW 85th St. Several other key projects will take place elsewhere, such as near Rainier Avenue in Southeast Seattle and blocks near White Center.

Next week, the Seattle City Council will consider adoption of the implementation plan.

Seattle Can Be A More Walkable City