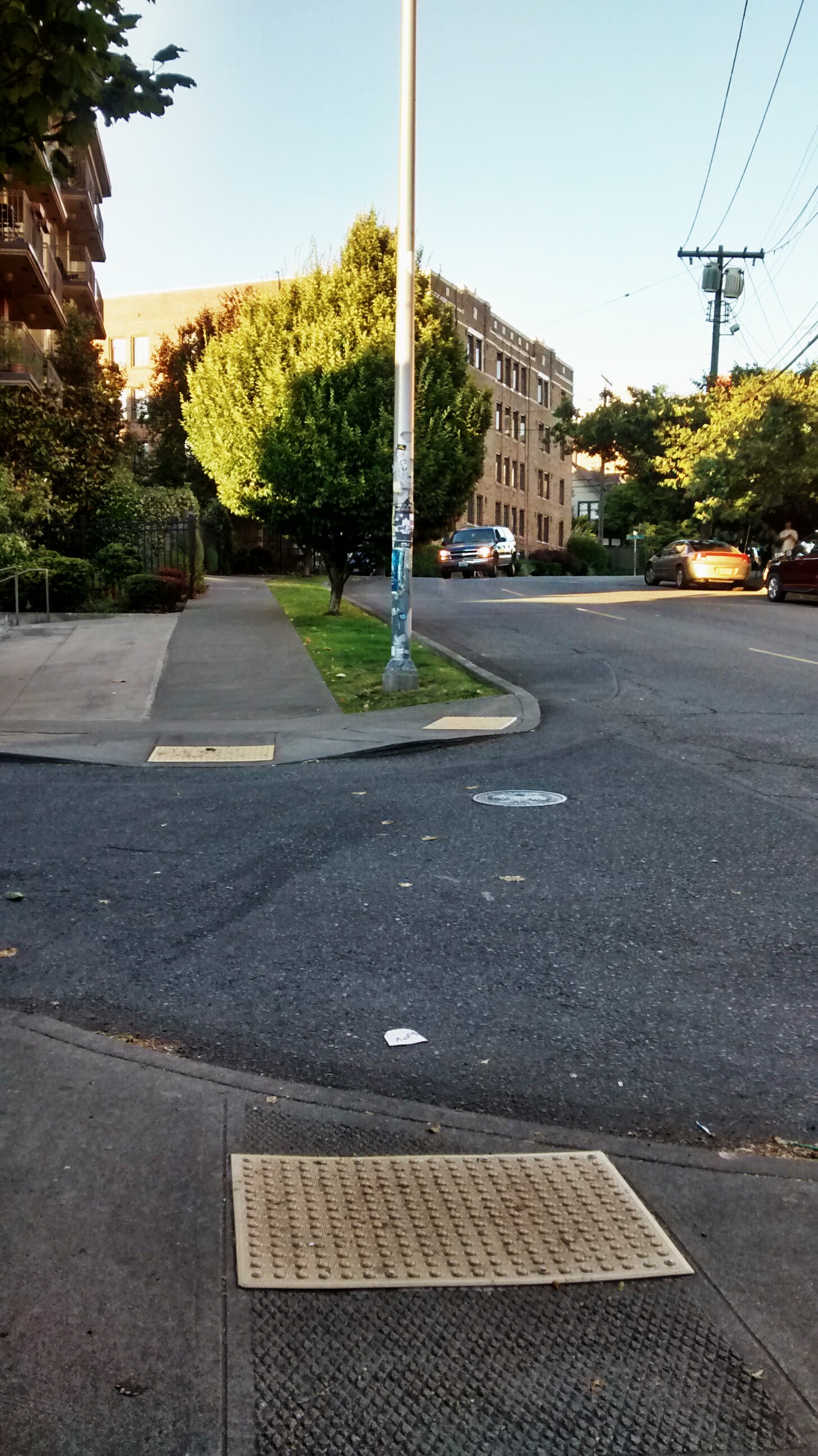 On Monday of last week, the City of Seattle settled a class action lawsuit in U.S. District court. The lawsuit alleged the City is currently violating the Americans with Disabilities act, based on the current number of intersections that are lacking proper curb ramps and the fact that many intersections have curb cuts that are substandard. Under the settlement, the Seattle Department of Transportation (SDOT) will be required to build 1,250 curb ramps every single year, adding up to a commitment to install 22,500 over the next 18 years. The requirement to build starts immediately, with 625 new ramps by the end of 2017 counting to the quota. According to a 2016 survey, the city only has 27,253 curb ramps right now, so by 2035 Seattle will see its curb cut inventory almost double.

It is unfortunate that advocates for users in wheelchairs and for those with mobility issues had to resort to a lawsuit to get the City to act on its commitment to a wholly inclusive city, and the terms of the settlement raise pretty big questions on what Seattle’s transportation budget will look like moving forward with a legally required curb ramp quota to meet every year. Unless Seattle’s transportation department is able to get the average cost per curb ramp down, a much larger portion of the transportation budget will go toward those improvements than was anticipated when the city passed the Move Seattle levy, by a pretty significant magnitude.

Just to give an idea of how much we need to ramp up construction (no pun intended), the 625 new ramps that we need to construct before the calendar turns to 2018 is approximately the same number of ramps that were built under the last four years of the city’s previous transportation levy, Bridging the Gap. (There appears to be a typo in the above graphic from the 2015 Bridging the Gap annual report–the total number of curb ramps constructed was 1,221 and not 122.)

The Move Seattle levy, which is a much bigger levy in terms of full dollar amount over its span, is bumping up curb ramp spending accordingly but we still have a long way to go. Last year, the levy goal was installing 325 new curb ramps, and that goal was easily met with 355 being built. However, this doesn’t include SDOT projects that were not Move Seattle levy funded, so presumably there were a few more ramps constructed throughout the city last year in addition to the 355 built with levy funds. The total amount that was anticipated to be spent on curb ramps and associated intersection improvements during the entire nine-year levy is $30 million, way below what will be necessary to keep within the terms of this lawsuit.

However, ramps that contribute to the lawsuit’s annual requirement can include ramps that are privately constructed when redevelopment happens. As long as Seattle’s construction boom continues, this should provide a chunk of the needed ramps per year, though exactly how many is not clear at this point.

Based on a survey conducted by HNTB for SDOT last year, every curb ramp in Seattle currently costs $13,085, with $7,075 coming from construction costs and $6,010 from “soft” costs like design and labor. Costs for both vary pretty widely from one city to another, with curb ramps in Bellevue costing over $20,000 and those in Vancouver, WA costing $7,200. The survey associated higher costs in West Coast cities with hilly topography, which adds to the design and implementation costs. But it also noted that the cities that contracted with smaller firms typically saw lower costs associated with their projects.

If the entire 22,500 curb ramp requirement were city-funded and every single ramp cost the current average of $13,085, we would be looking at an unfunded mandate on the order of over $294 million. That means Seattle needs to look to new funding sources for curb ramps and fast, and levy-funded projects are the most likely source for those funds. The entire budget for the implementation of the Pedestrian Master Plan over the life of the Move Seattle levy is $221 million, including $61 million for new sidewalks, the single biggest slice. The leaders at SDOT will need to decide if the money for curb cuts will come from big ticket items–reducing the scope of multimodal projects like new RapidRide lines for example–or if the money will come from a lot of smaller pots, like the new sidewalk funds or money for neighborhood greenways and the Bike Master Plan.

In any case, this will be a big issue for the Move Seattle levy oversight committee to take up, which will meet next week for the first time since April. It’s also notable that the City of Seattle will be paying the legal cost associated with the curb cut lawsuit on the plaintiff’s side in the amount of $1.4 million, to say nothing of legal costs associated with defending the city. We don’t know how this lawsuit will impact the Seattle Department of Transportation, but we will be feeling the ripples of this settlement for a long time.