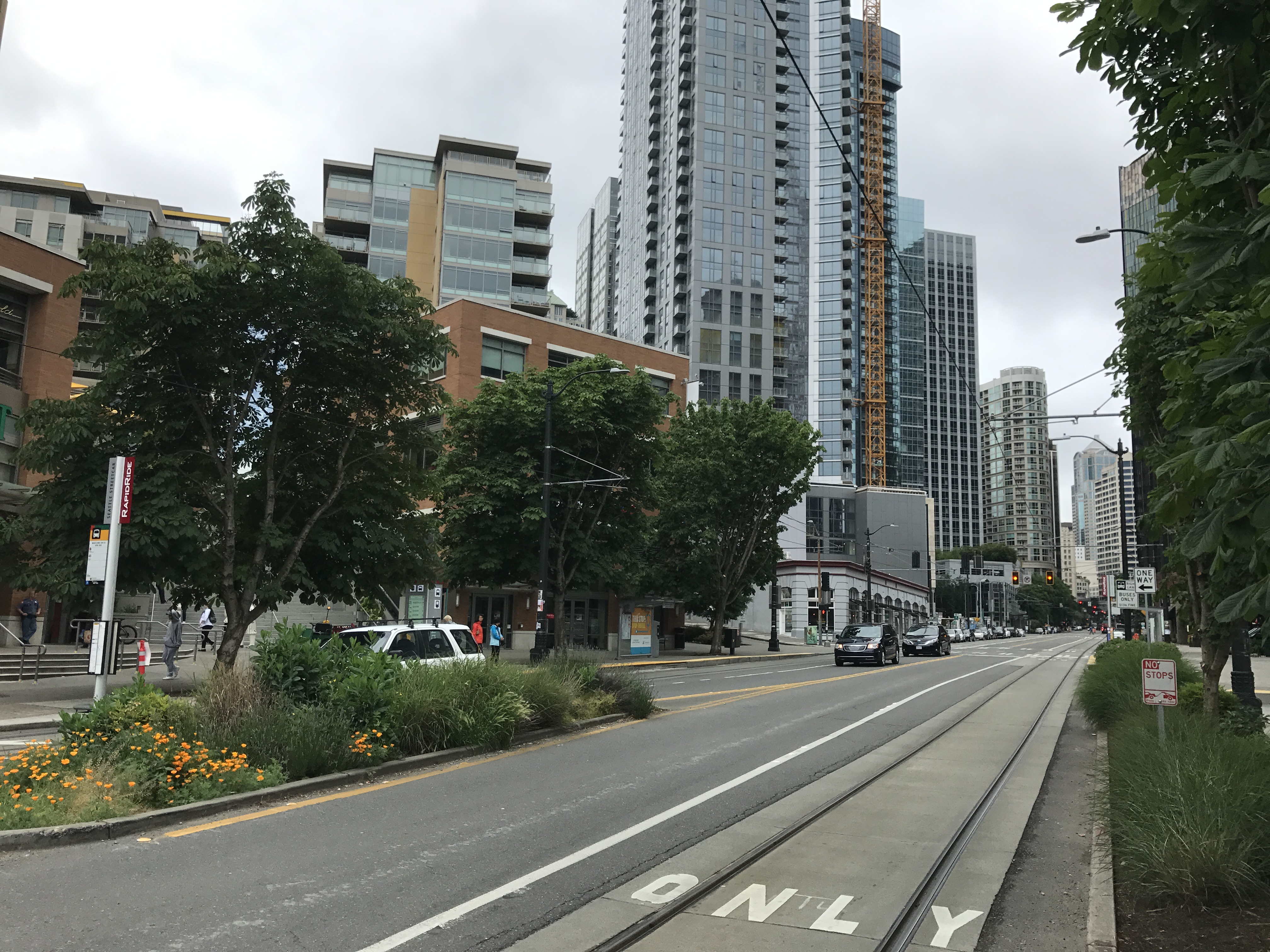 Late last month, the Washington State Legislature took rushed steps in passing two bills that deal with the Growth Management Act (GMA). One of the bills more widely allows construction of schools in rural areas–a decidedly bad idea–while another significantly modifies the approach to developing land capacity analysis reports for urban growth areas. In an earlier article this year, I explained why both bills were misguided as originally drafted. Most of the problems raised about the school siting bill are still true, but the Legislature improved the land capacity bill to be much more sensible and included useful sweeteners.

The school siting bill was resurrected as an entirely new bill in the Third Special Session of the Legislature after Democratic Governor Jay Inslee partially vetoed the original bill. Legislators successfully carved out special school siting exceptions for the Bethel School District in Pierce County, but that is as far as the Governor was willing to go when he signed it in April. The bill was loaded up with other provisions that allowed schools to extend sewer systems to remote rural school sites under certain circumstances. School districts could defray the infrastructural investment costs of sewer lines by allowing property owners along the sewer lines to hookup to them and pay a proportionate share over two decades.

In his partial veto, the Governor identified three primary features of the bill that were unacceptable:

Firstly, any extension of urban services to serve a rural school must be limited to the size and scale needed to support the long-term needs of the school. Second, the land surrounding a new rural school must maintain its rural character and housing density as specified in RCW 36.70A.070(5). Finally, in order for a school to be sited outside the Urban Growth Area Line, school districts must demonstrate that there is no suitable land available within the Urban Growth Area.

The new bill passed by the Legislature met none of the standards outlined by the Governor in his partial veto of the original bill, yet he still signed it without further veto. In the process of drafting the new bill, the Legislature provided virtually zero scrutiny. Sponsors introduced it on June 29th and then fast-tracked it to a floor vote passing handily in the House the same day followed by concurrence of the Senate on July 1st. While the bill is concerning because it failed to meet the Governor’s stated requirements and lacked any sense of thoughtful oversight, it is even more concerning that the bill fundamentally undermines the objectives of the Growth Management Act (GMA) by posing serious risks to rural lands, taxpayers, and most importantly students. The Governor should have stuck to his principles and not signed it.

The Legislature also pushed through a slightly more ripe GMA bill during the wave of chaos leading up to the operating budget vote on the eve of July 1st. The bill, as adopted, is designed to achieve two disparate objectives: reform the land capacity analysis process that GMA counties in the Puget Sound use to plan for growth and pair a batch of affordable housing and homeless housing funding mechanisms to it. The bill also exempts certain planned action subarea plans around high capacity transit systems (i.e., light rail and commuter rail) from some environmental review requirements.

Land capacity assumptions underpin the growth management framework in King, Pierce, Snohomish, Kitsap, Clark, and Thurston counties. If a property, for instance, is vacant in the urban growth area, zoned for mixed-use development, assumed to have capacity for 50 dwelling units and 25 jobs (and other factors), and suitable to achieve those targets during the 20-year planning timeline, then the land can be counted as capacity in the local buildable lands report and comprehensive plan. There are various ways to modify land capacity through upzoning in urban areas, modifying urban development regulations (e.g., reducing parking requirements and setbacks), and adding new land to the urban growth area for urban development. Each of the six counties mentioned above are required to review and evaluate how their comprehensive plans are working to achieve the planned levels of growth forecasted during a 20-year planning timeline.

Where there are deficiencies in their comprehensive plans or changes in circumstances that do not match planned objectives, RCW 36.70A.215(1)(b) requires that counties, in consultation with their cities, “[i]dentify reasonable measures, other than adjusting urban growth areas, that will be taken to comply with the requirements” to update and bring their county-wide plan for growth into alignment. The assumptions that go into these buildable lands reports are complex, but nonetheless serve as an important tool to develop policies that can attain consistency and manage growth appropriately.

The bill tasks the Washington State Department of Commerce (“Commerce”) with developing guidance on how counties should conduct buildable lands reports and implement reasonable measures. Future guidance by Commerce will need to establish a specific “market factor” to ensure that excess capacity is worked into buildable lands assumptions in case development fails to occur as expected, such as growth beyond projections or under-development to meet projections. Counties already do this, but apparently legislators were led to believe that current practices are insufficient. Other topics to be evaluated as part of guidance development include:

While this type of analysis is undeniably useful to informing local comprehensive plans, it could be used as a cloak and dagger later to expand urban growth areas, notwithstanding RCW 36.70A.215(1)(b).

In developing the new guidance, Commerce will hand off work to a third party consultant that will engage public and private stakeholders and evaluate the issues that they raise in addition to the topics identified in the bill. Final guidance is required to be delivered by the end of 2018, which is arguably a fairly rushed timeline but also a necessary one if it is going to be used in the development of buildable lands reports due in the next few years. Regionally speaking, a big wave of cities and counties will be updating their comprehensive plans in 2023, including Seattle and King County, meaning that the King County buildable lands report will need to be completed at least to years prior in 2021.

Outside of the GMA, the bill makes less technical changes to state law; one area is environmental review. A new exemption from extensive environmental review requirements is provided for “planned action” subarea planning efforts. This is limited to only cities and counties planning under the GMA. When urban residential and mixed-use development is planned within a half-mile of an existing or future high capacity transit stop within, an Environmental Impact Statement under the State Environmental Policy Act (SEPA) will not be required, so long as the assumed impacts are otherwise covered under an adopted comprehensive plan. As a result, the planned actions that qualify for the exemption will be able to benefit from a greatly reduced and less expensive planning process. New development in the planned action areas will also be exempt from SEPA streamlining the permitting process.

Two separate revenue options for affordable housing purposes were also included in the bill. One is an extension of an existing $40 document recording fee dedicated for homeless housing (e.g., operating and repairing shelters, rental housing assistance, and housing development) and assistance. The fee extension will be through mid-2023 and applies to documents recorded with local county recorder’s offices, which includes things like condominiums, subdivisions, surveys, and deeds. Separately, authorization for cities and counties to use local real estate excise taxes (REET II) for homeless housing purposes through mid-2019 was passed. REET II taxes have been imposed by many cities regionally, including Seattle and King County. Though temporary, the REET II change will allow cities and counties to use up to $100,000 or 25% of their REET II funds, whichever is greater but not to exceed $1 million per year, for the development, acquisition, and rehabilitation of homeless housing.

In previous versions of the bill, Senate Republicans had tried to sweeten the deal by adding things like a property tax exemption to preserve affordable housing, a new surcharge for affordable housing and implementation of local homeless housing plans, and a local option sales tax in King County for affordable housing. All of those were stripped from the bill in the end. Less generous provisions also failed to make the final cut.

It’s much too early to definitively say whether or not the land capacity analysis and reasonable measures guidance will be a force for good or evil. If it means that cities and counties are forced to focus their efforts on rezoning low-density single-family areas, relaxing parking requirements, developing better affordable housing strategies, and generally increasing development capacity in urban areas, it will be an undeniably positive change. If it means the suburban status quo paired with large-scale urban growth area expansions, then it will be an unequivocal disastrous change that will cost our environment dearly.