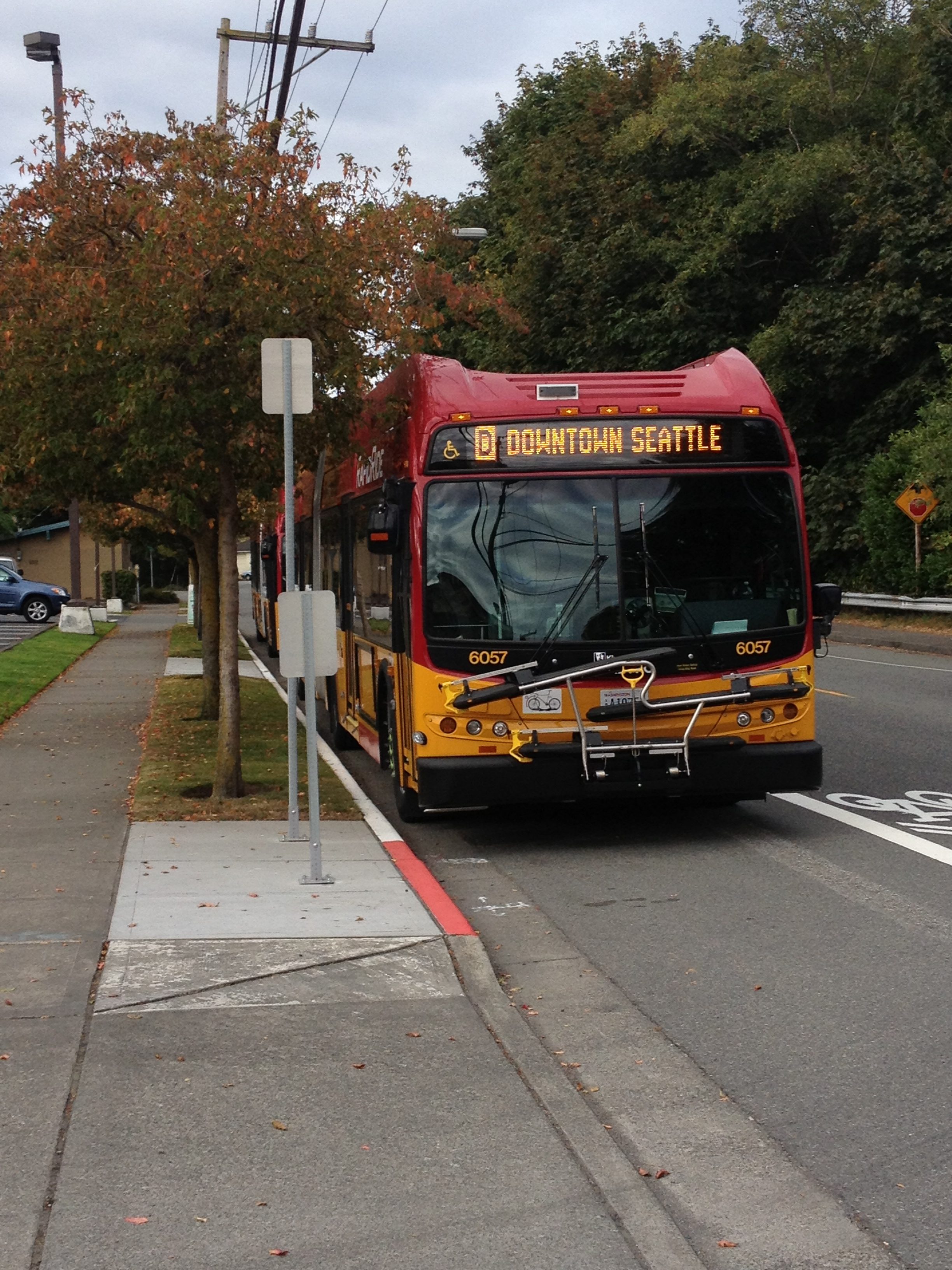 Seattle is moving full steam ahead on its RapidRide network planning program, a bold initiative to provide high-quality frequent bus service across the city. Seven new lines could be added by 2024, building upon the three-line network already covering portions of Northeast, Central, and West Seattle. In February, the Seattle Department of Transportation (SDOT) published a 41-page program report detailing the process, timing, scope, cost, and types of improvements that would come with RapidRide network expansion.

The RapidRide corridors generally mirror existing high ridership corridors, like Routes 7 (Rainier) and 48 (23rd). The one exception to this, however, is the Roosevelt line which would splice together Routes 63 and 70. Collectively, the seven corridors slated for upgrades to RapidRide have 61,000 daily riders. This would would grow by a whopping 84% by 2035 with the planned upgrades, translating to 51,700 additional daily rides or 112,700 daily.

SDOT has prepared corridor profiles for each of the seven lines using the same approach. As an example, the Rainier line corridor profile offers useful information about the anticipated alignment, opening year of service, corridor length, evaluation metrics, and a detailed project timeline. The corridor profile also highlights the type of investments to be made as part of the project and past investments in the corridor.

Two RapidRide projects in North Seattle are unique in that SDOT has flagged portions of those alignments as subject to further analysis.

In the case of the Roosevelt line, SDOT has all but guaranteed that the RapidRide route will run from Downtown Seattle to the University District by 2021, but the remainder of the route to Northgate is less certain. Costs for stringing new trolleybus wire, procuring extra buses, and deploying RapidRide-quality features aren’t cheap. Last summer, SDOT presented details indicating that the Roosevelt and Northgate segments may need to be pushed into future extensions.

Separately, the Market line could conceptually serve Children’s Hospital via NE 45th St. This would require extension of trolleybus wires further east of the University District–a long-standing proposal for today’s Route 44. But the cost of doing so upfront could prove a fairly expensive endeavor. Recognizing this, the draft proposal points toward termination of the Market line at University of Washington Station–the same terminal of today’s Route 44; this would mean using existing trolleybus wires.

Using the existing alignment of Route 44 could arguably be a relatively cost-neutral approach in the long-run, even if a temporary one. That’s because improvements made between NE 45th St and University of Washington Station will generally serve the future 23rd Ave line launching a few years later–improvements that would otherwise have to be made as part of that RapidRide expansion. Nevertheless, the planning process will consider the Children’s Hospital option.

Route 40 provides a connection between Northgate and Crown, but since the launch of RapidRide D, many riders have called for an extension of the line to fill in what they see as a gap between Crown Hill and Northgate. The RapidRide expansion plan highlights a RapidRide service extension between the two neighborhoods, but it’s not clear how that will play out. Does the Fremont line, which effectively replaces Route 40, provide the sole connection? Does RapidRide D line get an extension instead? Or could both lines bridge the gap?

Early indications from SDOT is that only one of the two lines will likely connect Crown Hill and Northgate, not both. If the RapidRide D line is chosen, the connection could be delivered much sooner than a Fremont line alternative and serve a rapidly growing ridership constituency along 15th Ave NW. But a one-for-one Fremont line replacement of Route 40 could provide direct service to an existing central Ballard ridership constituency, which itself is growing market.

The public, however, may want both lines to make the connection. If SDOT and Metro proceeded with that option, the issue would likely center on how much service to put on common Crown Hill-Northgate corridor, which creates its own set of issues, such as network legibility and consistent staggered frequencies. Ultimately, the Fremont line planning process will serve as the vehicle to determine how SDOT will move forward with a RapidRide connection for that corridor.

RapidRide expansion is planned to be phased in between 2019 and 2024. Madison will be the first new line to be launched with at least one new line starting up each year after. 2021 should see the launch of the Roosevelt and Rainier lines bringing the total number of Seattle RapidRide routes to seven by end of the year. The last of the bunch will be the 23rd line in 2024.

Seattle’s future RapidRide network will largely mimic the corridors identified in the recently approved Metro Connects long-range plan. The Metro Connects plan, developed by King County Metro Transit, spans a 23-year period with full implementation in 2040. The plan looks at the county-wide network, not just Seattle. But with high ridership demand and growth anticipated over the plan period, Metro expects to make the bulk of its RapidRide investments in Seattle. The phased roll out of new light rail will affect some existing RapidRide lines like the C and D, which will look a lot different than today. For instance, the RapidRide D line could be split in half at Salmon Bay.

The Metro Connects plan could deliver five more RapidRide lines in Seattle in addition to the existing ones and seven corridors planned by SDOT. Here’s how things could shake out under the plan:

The Metro Connects plan could also modify three existing RapidRide lines to bring service to new areas of Seattle. These include:

SDOT is in full public outreach mode on two RapidRide expansion proposals. The first of these is the Madison line, which is in its updated design phase–the last outreach milestone before final design. SDOT will release final designs on the project late this year and kick off construction in 2018. Public comment on the proposal is open through March 22nd. Another RapidRide project open for public comment is the Delridge line. SDOT is only at the beginning stages of the planning process posing two alternative corridor design concepts. Further refinements of the project design will be made once SDOT has more direction from the public on priorities.

Later this year, SDOT will seek additional feedback on the Roosevelt line design and kick off initial concept work on the Rainier line.

RapidRide Expansion Program – February 2017 by The Urbanist on Scribd