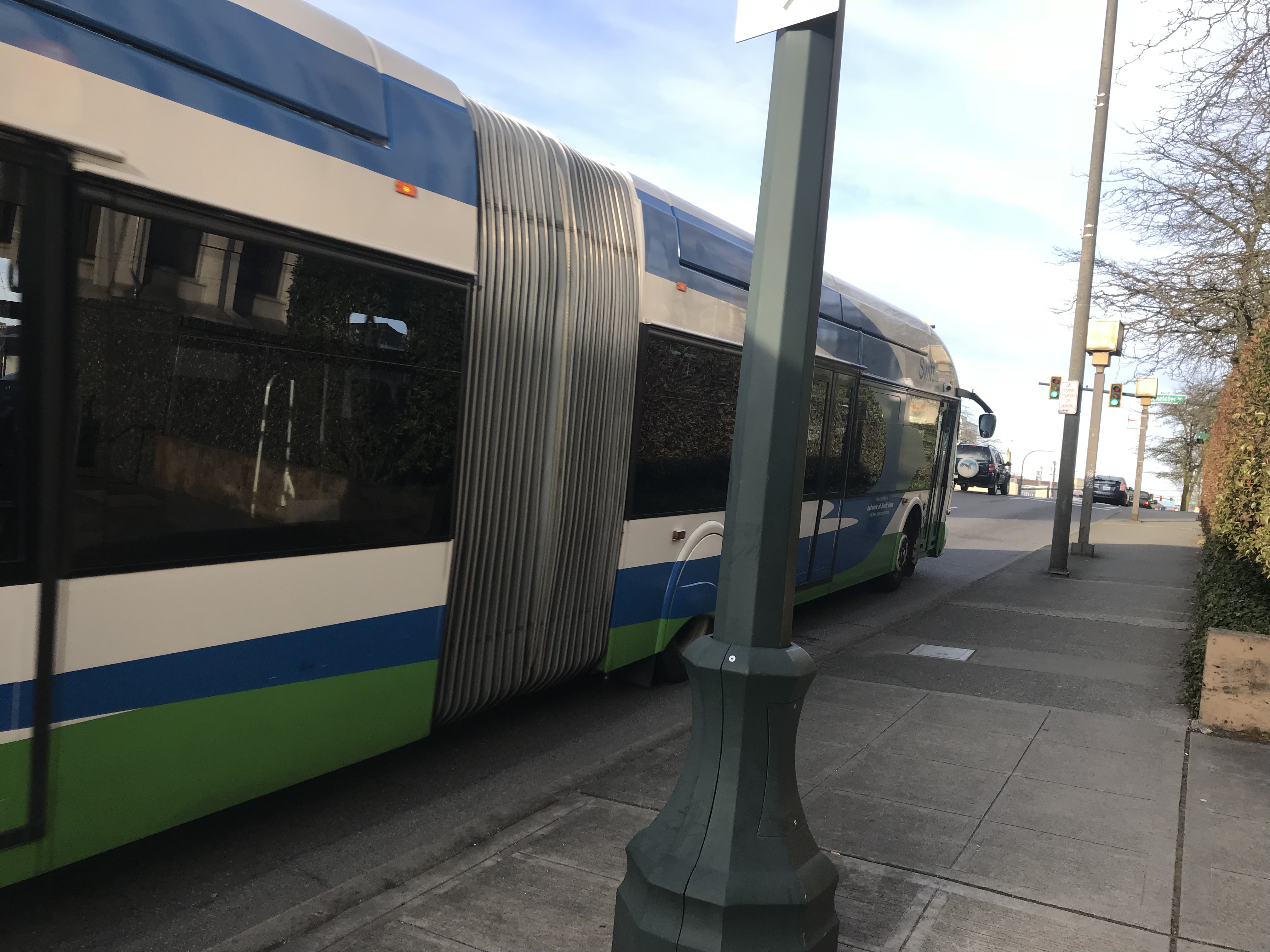 Snohomish County transit riders will see service vastly improve over the next year. Community Transit plans to launch the Swift Green Line next spring and make its existing core routes work better in the fall and next spring. A total of 49,000 new annual service hours are proposed for addition, which would represent a 12% service increase to Community Transit.

The bulk of this would go to the launch of the Swift Green Line, which is projected to have a transformational impact on ridership. Community Transit reports that its existing bus rapid transit line, the Swift Blue Line, has widely outperformed other routes on a ridership-per-trip basis and absolute terms. About 20% of all ridership on Community Transit network is funneled onto Swift Green Line buses.

The bean counters at the transit agency project that the 12% service increase will actually result in a 20% ridership increase by 2023 if all things stayed the same. That means another 1.8 million riders could be boarding buses from the service changes. In the first year, Community Transit expects to see ridership growth around 750,000.

This weekend, transit agency will rollout modest service improvements that had already been programmed for implementation.

Perhaps the most key feature of the proposed fall 2018 service change is the restoration of 10-minute frequencies on the Swift Blue Line. Falling ridership and tough financial straits during the recession force Community Transit to curtail and reduce service dramatically. The Swift Blue Line saw frequencies cut from every 10 minutes to every 12 minutes though span of service was maintained on weekdays. The frequency boost will apply to weekdays between 6am to 7pm. Buses will continue to run at 20-minute frequencies at other hours and on weekends. A new early morning trip will be added during the 4am hour on weekdays.

Other Community Transit routes planned for improvements in the fall including added service and reroutes.

Route 413, a Lynnwood-Downtown Seattle service, would get 13 midday and afternoon trips to improve span of service for riders. Four trips will be in the late-morning period to Seattle while nine trips to Lynnwood would be spread across the early afternoon and late evening.

Two small routing changes would be made to Routes 109 and 196 to improve access to residents, business, and local bus service.

In the spring, Community Transit plans to make massive service improvements. The banner change would the introduction of the Swift Green Line between Canyon Park in Bothell and Seaway Transit Center at Boeing/Paine Field, which is currently under construction. The bus rapid transit service will be frequent with approximately the same level of service as the Swift Green Line. Buses will run every 10 minutes during the weekday daytime and every 20 minutes at other times of the day and on weekends.

Added service will go to Routes 107, 227, and 247. Each route would get one new roundtrip. Existing trips could be adjusted. Route 107 would also receive a new stop at the intersection of Mukilteo Speedway and SW 84th St to provide access to the local heritage museum and businesses. To enhance access and connections to the Swift Green Line, Community Transit would also have Routes 107, 227, 247, 271, and 280 terminate at the Seaway Transit Center.

Fare Changes on the Horizon

Community Transit is looking toward a general fare increase, which could take effect on October 1, 2018. The fare increase would be $0.25 for local buses and dial-a-ride services. New fares would be $2.50 for adults (aged 19 to 64), $2.00 for youth (aged 6 to 18), and $1.25 for eligible reduced regional fare passholders. Community Transit also plans to consolidate fares on commuter routes by eliminating fare overrides and origin/destination-specific fares. This was approved last year and is also set to go in effect in October. All commuter route fares would be $4.25 for adults, $3.00 for youth, and $2.00 for eligible reduced regional fare passholders. For many riders, the commuter fare changes also amount to fare increases.

Community Transit will accept public comment on the service change and fare change proposals through April 6th. The transit agency will also hold a public hearing is scheduled on Thursday, April 5th before the Board of Directors at 3pm, which be at the main headquarters.