An important part of my advocacy for lidding Interstate 5 includes letting folks know about successful lid projects around the country. Lid I-5’s co-chair Scott Bonjukian often refers to Dallas’s Klyde Warren Park (KWP) as the gold standard of freeway lid parks. After a brief visit this past Monday, that lofty pronouncement may not be far from the truth. The park, a bit over five acres (making it about the same size as Seattle’s own Freeway Park, also a lid park), was completed in 2012 over State Highway Spur 366. Nearly half of KWP’s construction cost was paid for through private donations, with the remainder funded through various government grants at the local, state, and federal levels. There is a ‘friends of’ organization which supports the park and manages its programming. Details can be found here. The lead designer was OJB Landscape Architects. Even though the visit was around 3:00pm on a Tuesday afternoon, and the lunch crowd had since disappeared, the park was well used by a mix of families, couples, and individuals all enjoying the park’s mix of both active and passive uses.

KWP is a linear park following Dallas’s street grid. It is one block wide and three blocks long. One street was closed in its western section, while on its eastern section the street remains open to motor vehicles. The larger of the two sections, the western, contains the park’s large pavilion, water feature, restaurants, and playground. On entering its western gateway, it quickly becomes evident that this is a successful space. Its edges are well defined by both plantings and buildings yet they are sufficiently transparent and inviting to prompt anyone to enter. A large extent of the border includes a crushed stone path shaded by broadleaf trees, necessary for providing shade from the Dallas sun. Cafe tables dispersed along the path allow visitors to both seek relief from the heat and be silent sentinels for the expanse of turf that is the majority of the park’s interior, Great Lawn. Beyond the park’s edge, numerous shining glass towers remind visitors they are in the center city and add borrowed elegance.

KWP has several other ingredients that I believe make for a successful, urban park. It provides spaces to look at that involve people doing things. These include the high-ceiling, Muse Family Pavilion which is the park’s performance stage–or, as was the case the day I visited, a shady respite from which parents could watch their children play either in the Great Lawn or in the adjacent fountain. Both the lawn and the fountain form the heart of the park. The Pavilion, which is the central and easily identifiable structure of the park both anchors and mediates the uses between fountain and lawn.

Across a street in the remaining eastern third of the park are a series of more intimate spaces, which includes the allée of trees that defines the park’s southern boundary as well as seating that is nestled in more intimate plantings composed of flowers, denser shrubbery, and bench seating. Reflecting the cozy atmosphere of this section, more intimately scaled activities are housed here including foosball and table tennis, the latter in its own small pavilion.

One neither needs to play table tennis, wade in the waters, nor play a pick-up game of soccer in the Great Lawn to enjoy the park. Should you wish to simply stroll, there is the aforementioned and very lovely allée of trees. Having had the good fortune to stroll among the great parks of the United States and Europe, this pathway leaves little to be desired. Its now mature trees, ample seating opportunities, and classic crushed gravel path are complemented by perfectly spaced, and by appearance, custom designed light poles whose gentle arcs not only enhance the space’s intimacy but also harken to the crescent pathway across the Great Lawn. For the more leisurely-minded,  several carts with books, magazines, and newspapers, sponsored by the Dallas Morning News, are available at the edge of the lawn.

Should your visit include dining there are several choices, including the regularly scheduled food trucks and a fine looking restaurant. Generous outdoor seating areas also provide the requisite shaded area. We did not have a chance to take in any of the food options, but, should they be of the same caliber as the park’s design, you can bank on their being first-rate.

Urban, public open spaces have a mixed rate of success in the United States. Being a nation founded on limited government, property rights, and the low taxes that result, many open spaces suffer from deferred maintenance and are undercapitalized to ensure they are properly staffed. Furthermore, the post-war move to the suburbs drained their user base, passive surveillance, and advocates. In New York City, where I lived previously, Central Park is supported by the Central Park Conservancy which pays for all of the upkeep and most of the capital expenses for the park. Similarly, Portland’s lauded Pioneer Courthouse Square is run by a non-profit which programs the space for 300 events a year. This stewardship and management pays off. Klyde Warren Park, too, has it benefactors.

In addition to the largess of the father of the park’s namesake, the park has many private supporters and derives at least part of its operational budget from the leases of the two restaurants, the food trucks, as well as the many planned events including a summer concert series; however, Klyde Warren Park’s current excellence and future prospects are indicated in a more telling and important ways. KWP’s neighbors prior to its opening were the many office towers that continue to contribute activity and visual delight to the space. More recently, and perhaps more importantly to the park’s long term health, are the recently completed and under construction residential towers sprouting on all corners, which will ensure KWP will receive both the active and passive stewardship it deserves.

This is a cross-post from John Feit’s personal blog, 3+. The featured image is by the author. 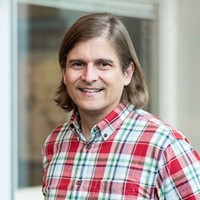 John Feit’s architectural career spans 25 years, five cities, and both US coasts. He has been fortunate to work at AIA National Firm Award practices as well as an ASLA Landscape Firm Award winner. The same passion he maintains in design exploration is evident in his embrace of the heterogeneous landscapes of the Western United States, which he has photographed and explored by bicycle, foot, and telemark skis. Equally lured by urban landscapes, he is a frequent visitor to the world’s great cities as well as those in the Pacific Northwest, both of which he has extensively written about. John is an avid reader of architectural, cultural, and economic history, and is an environmentally and ethically inspired vegetarian. He lives on Capitol Hill, Seattle, with his partner of 25 years, Emiko as well as the occasional foster cat(s). 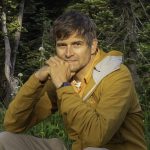