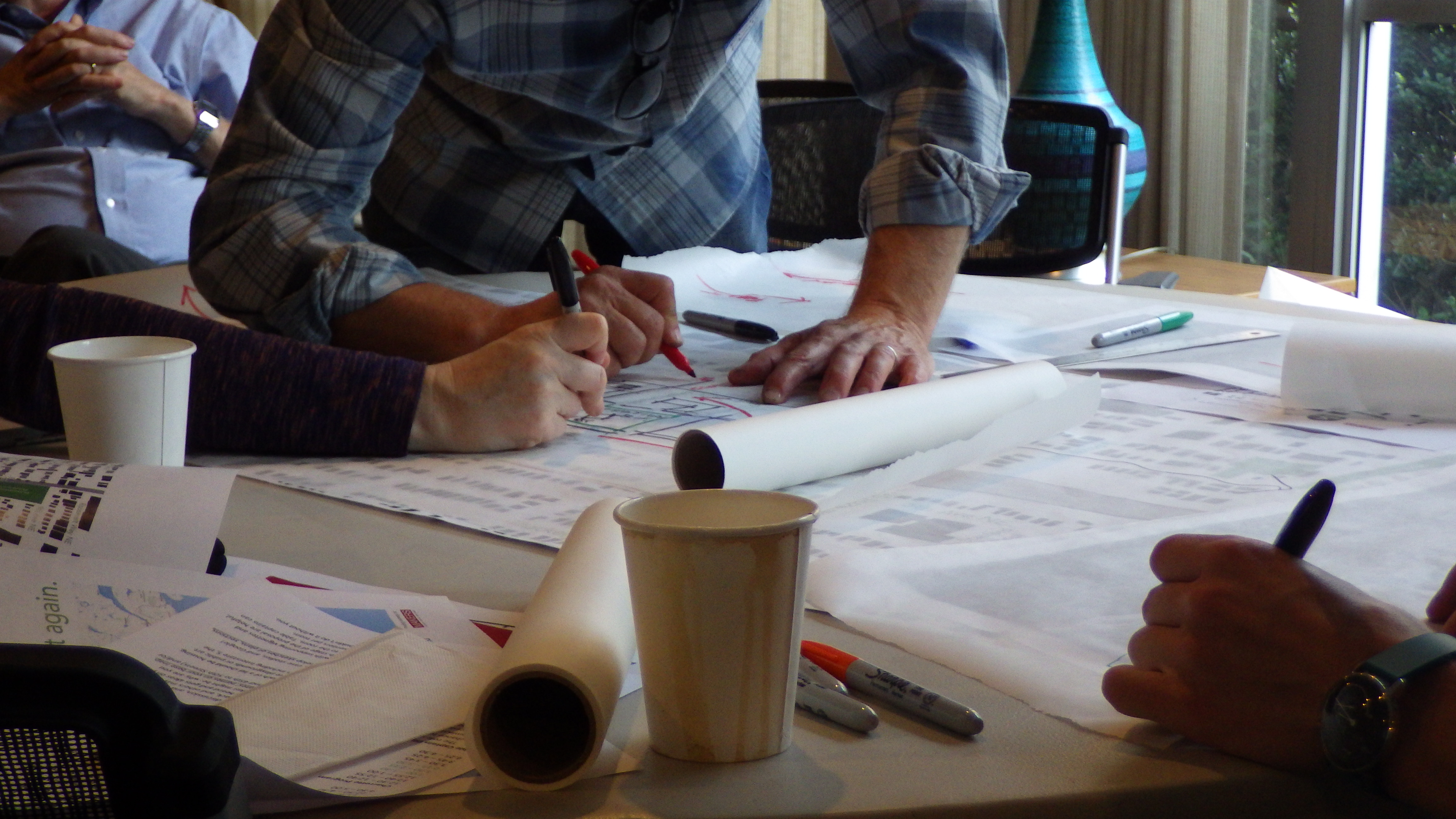 Lid I-5 has been awarded a $48,000 grant from the Seattle Department of Neighborhoods to further our campaign of reconnecting communities divided by Interstate 5. With this funding we will deliver to the community visionary urban designs that captivate the imagination, address some of the city’s most pressing needs, and strengthen our outreach efforts. Called the Central Hills Triangle Collaborative (CHTC), this initiative focuses on lidding I-5 in the heart of Seattle. The designs will be crafted by four teams who will design parks, affordable housing, bicycle and pedestrian trails, and non-residential development. We hope you can contribute to this yearlong effort!

Lids are bridge-type structures built of concrete or steel above recessed transportation corridors. Numerous examples exist within King County alone—including Seattle’s Freeway Park and the original Convention Center—and there are dozens more nationwide. For approximately half the cost purchasing comparable downtown land, lids support a wide variety of development types while simultaneously enhancing neighborhood connections and reducing noise and air pollution impacts. With recent reports that Interstate 5 cannot be widened without further damaging the urban environment, the best alternative to the status quo—a concrete scar in the middle of our most dense and vibrant communities—is to lid the freeway with parks, affordable housing, community facilities, and other public and private uses.

We’re committed to a bottom-up and community-driven process. To that end, we are embarking on the CHTC program to continue the dialogue and build a shared vision.

The CHTC teams will be composed of advocates (Clients) and design professionals (Consultants). Teams will develop conceptual lid programs, landscape designs, and building forms. To capture the breadth of land use possibilities, the CHTC has three study areas and will involve four teams:

The CHTC kicks-off with a charrette open to the public on Saturday, January 13th, 2018, followed by three collaboratives (public meetings) at the 30%, 60%, and 90% design phases, allowing teams to update the community and receive feedback. Teams will conclude their efforts by finalizing and rendering their designs for a citywide open house and present their visions to the community, elected officials, and the press. Teams will receive a stipend to partially cover expenses related to this concluding effort.

In a separate but parallel effort, Lid I-5 has helped secure a $1.5M deal with the Convention Center for funding a comprehensive lid feasibility study. This study is part of an $80+ million public benefits package negotiated by the Community Package Coalition, an unprecedented alliance of neighborhood groups and nonprofit advocacy organizations.

The public benefits package will be reviewed by the Seattle Design Commission on Thursday, November 2nd at 1:30pm in Seattle City Hall room L2-80. The Commission is anticipated to make its final recommendation on November 16, after which the package will go to Seattle City Council for review and approval early next year.

Lid I-5 is a community organization working to continue the effort of lidding Seattle’s freeways for parks, housing, community facilities, and other public uses. They are sponsored by the Seattle Parks Foundation, a philanthropy-based organization that encourages public-sector investment and private-sector giving to help create, activate, and care for public spaces throughout Seattle. For information visit www.lidi5.org.

Board member Scott Bonjukian is Co-Chair of the Lid I-5 Steering Committee.

Lidding I-5 in Downtown Seattle: Design Guidelines and Moving Forward