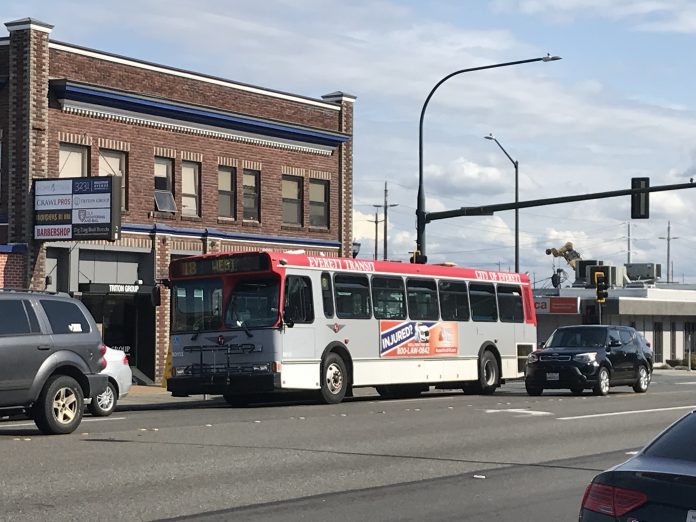 Everett Transit is in the midst of a painful service restructuring planning process. Fresh off its long-range planning effort to develop a path to a more expansive, more frequent network, the transit agency is now proposing significant rollback of service, including deletion of routes and trimming service, while drastically increasing fares on riders. Everett Transit faces the unfortunate realities of growing service costs, meager tax revenue growth, stagnant ridership, and expensive capital outlays necessitating a hard internal look at how to keep people moving.

Everett Transit wants to create a “sustainable growth network” that could eventually grow into a robust and well-used frequent transit network. To get there though, the plan would sap away up to 10% of service hours, cut down on the number of vehicles used, and strip away service on many corridors as a means to reduce costs, be more efficient, and set up service that theoretically could easily be built upon as the city and system grows, but that seems very far off. Last week, Everett Transit’s released its six-year transit development plan that affirms long-term service reductions while its countywide partner Community Transit will grow over the next six years, with a 36% service increase just through 2022.

The service changes would shake out in various ways to attempt to maintain some semblance of coverage and regular service to communities:

Also under the proposal, regular adult fares would skyrocket from $1.25 to $2.00 in just two years. Youth fares would rise from $0.75 to $1.50, too, and a new low-income fare category would be created by January 2020. Fares are admittedly low in comparison to peers like Community Transit ($2.25 for adults), King County Metro Transit ($2.75 for adults), and Pierce Transit ($2.00 for adults), but the kind of fare increases that Everett Transit is considering seem punitive by nearly doubling the cost to ride what is largely infrequent, indirect bus service.

The last fare increase was in 2013, but that was a much smaller 25-cent rise. That had the unfortunate outcome of suppressing ridership growth and actually diminishing ridership by 12% in its wake. Its hard to imagine the proposed fare increases doing anything but gravely depressing system ridership, even despite some measure of relief for low-income riders though an ORCA LIFT-like fare category.

It Doesn’t Have to Be This Way

Fare increases alone will not solve what is fundamentally a tax revenue problem and challenges of administering a legacy network. To remedy this, Everett Transit could look to a package of tax and fee increases or consider options to merge with Community Transit to gain abundant efficiencies.

Everett still has remaining taxing authority and could go to voters with a ballot measure to increase the local sales tax by 0.3%, which would more than solve the financial problem. A back-of-the-napkin estimate shows an additional $10 million in revenue for just the first year, or a 40% increase in overall funding since about 80% of revenues alone come from the sales tax. Other revenue options that could be considered include:

A plan also not on the table is merging (annexation) or contracting. Everett Transit is a rare oddity in the region of a consolidated municipal transit service provider operating almost wholly within the bounds of a single city. Community Transit, the countywide transit service provider in Snohomish County, is a local partner. Merging or contracting service with Community Transit could be another way to resolve essentially all of the problems that Everett Transit faces, though to different degrees depending upon the method:

While the planners at Everett Transit have tried to develop a responsible plan given the numerous financial and legacy problems plaguing the transit agency, it doesn’t have to be this way. Additional tax and fee revenue could be collected through various methods and Everett Transit could gain efficiencies by contracting or merging with Community Transit. Fundamentally, riders and constituents should ask for bigger, bolder ideas to be brought to the table before an entire city considers such a massive overhaul of an integral transit network with immense potential. Now through August 20th, community members can have their say on the service restructuring proposal. If they want a better plan for growth, they should make that loud and clear.