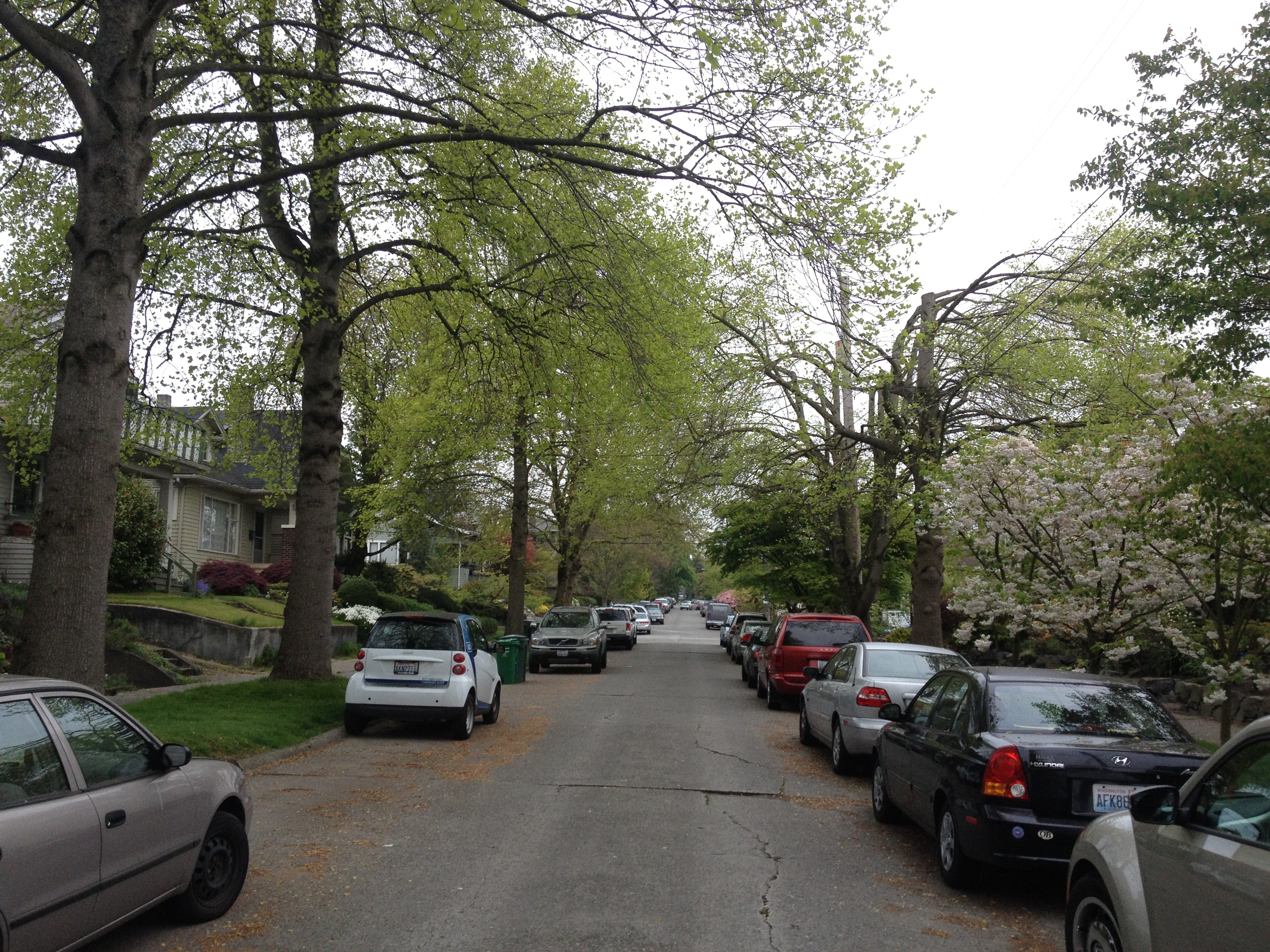 Seattle hopes to tackle the loss of tree canopy through new regulations, which is gradually falling according to recent data. In late August, a draft ordinance was released that takes a wide-ranging approach to protect and beef up the leafy canopy blanketing the city.

At a minimum, non-development removal of significant trees would require a permit from the city with choices for replacement, adherence to minimum tree canopy requirements, or fee payment that would fund off-site replacement. Right now no permit is required in such cases in most zones, except that the number of significant trees allowed for removal in a given year is capped at three. But in practice, this maximum is often violated by property owners. The legislation would also add a new, broad definition of “significant tree,” establish hefty fines for tree removal without permission (up to $45,000 per trees in some cases), and impose new minimum tree canopy requirements.

To streamline the tree protection and tree canopy regulations, the legislation would consolidate nearly all of the provisions to Chapter 25.11 of the Seattle Municipal Code (SMC). Several related provisions are smattered in other chapters and sections of the code. In doing this, existing regulations under Chapter 25.11 SMC would be repealed and replaced with the new regulations and policy direction that the city council would be setting.

Yesterday, the city council held a public hearing on the yet-to-be-introduced ordinance at the Planning, Land Use, and Zoning Committee. Feedback from the public was generally strong with most demanding that the city council seriously address tree canopy loss. How to get there, however, was a matter of debate with some wanting more tree installations in streets, higher tree canopy requirements for urban districts, and different approaches from the ones being offered in the draft legislation.

Generally, most tree removal activities of significant trees would require an approval before the action could be carried out by a property owner. Even emergency tree removals would at least need to involve contact with the Seattle Department of Construction and Inspections (SDCI) within one business after the emergency removal was performed and submission of a tree removal permit application within one week of such removal. The overall framework for tree preservation and tree canopy laws would be noticeably different in several ways:

The legislation is poised to return to the Planning, Land Use, and Zoning Committee on September 19th for further discussion. At that time, Council Central Staff should have a more refined proposal addressing the issues that councilmembers raised during this week’s meeting. This includes things like retaining a limit on three significant trees per year, enforcement provisions, and alternative tree replacement calculation methodology based on ecological value. Several other issues raised by the Seattle Urban Forestry Commission like ability to pay, preserving groves of trees and exceptional trees, and noticing requirements may also find their way into the proposal. No action is planned for the next meeting as it will essentially be a working meeting on the evolving proposal.

Tree Regulation Updates Draft Ordinance by The Urbanist on Scribd