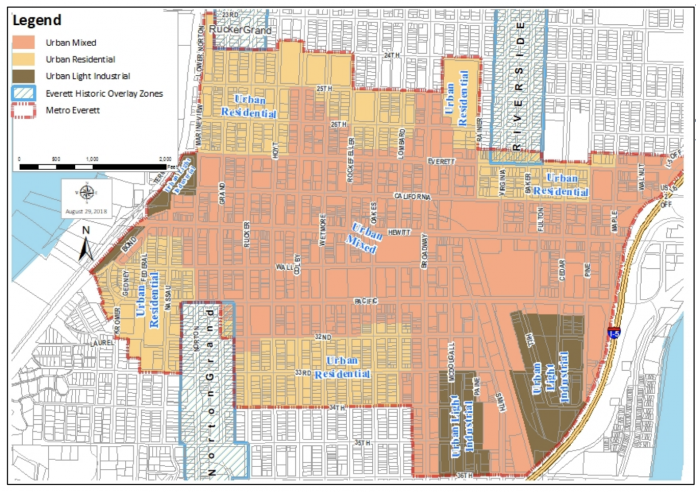 In September, the Everett City Council adopted a comprehensive overhaul to zoning and development regulations in Downtown Everett and several adjacent districts. The adopted changes are fairly similar to the proposal that was highlighted on The Urbanist this past summer. The Metro Everett process was the culmination of dozens of public meetings and community outreach efforts that began as far back as late 2016.

In addition to the changes to zoning and development regulations, the city has opted to cut some of the procedural red tape for development proposal in Metro Everett. Projects may be eligible for further exemption from environmental review under the State Environmental Policy Act (SEPA) if they are located in UR, MR, or ULI zones and consist of mixed-use development, contain 200 or fewer dwelling units, or involve 65,000 square feet or fewer of commercial uses. Increasing exemption thresholds means that projects will be subject to one less element of appeal and scrutiny; instead the established development regulations are intended to adequately address SEPA-related issues.