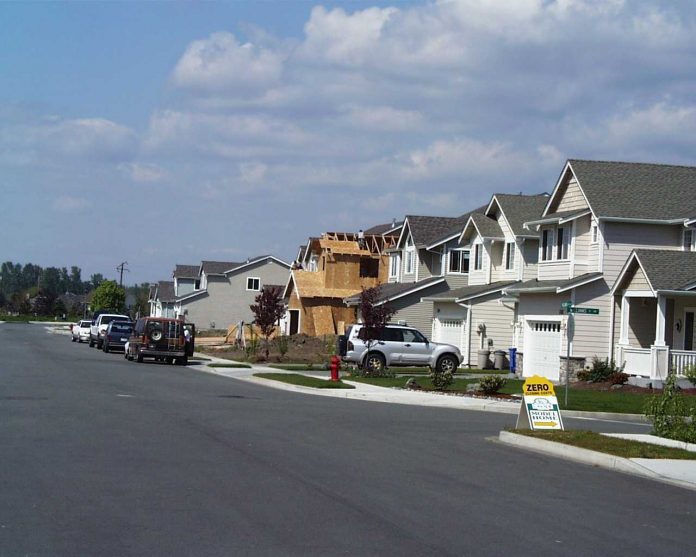 In this month’s Wonkabout Washington, we’re diving into amendments to four of Pierce County’s subarea plans. Specifically, we’re examining the Draft Environmental Impact Statement for amended Community Plans for South Hill, Mid-County, Frederickson and Parkland-Spanaway-Midland, which make up the central unincorporated urban growth area (UGA) in the county. Unfortunately, we believe that the draft Environmental Impact Statement (EIS) for these plans is insufficient in addressing development impacts in the county.

If you are like most Washingtonians, your largest contribution to the global climate catastrophe is the greenhouse pollution emitted from driving around every workday. But we have a plan for that. The Puget Sound region is working to focus growth into existing cities and towns and to invest in local and regional transit and walking and bicycling. This strategy will shorten trips and allow many Washingtonians to walk, bicycle, and take transit more often, reducing our carbon footprints.

Concerns About Impacts on Regional Growth in Pierce County

The draft EIS claims that “Alternatives 1 and 2 would generally focus the majority of future growth into compact areas around major transportation corridors, which are characterized by improved access to services and potentially redevelopable parcels.” This is not the case. Alternatives 1, 2, and 3 will disperse growth over large parts of the community plan areas within the urban growth area (UGA).[1] In each of these alternatives, the capacity of lower density zones will be increased by thousands of housing units. These rezones are spread over larger areas.[2] This is not an effective growth focusing strategy and will lead to more greenhouse gas pollution.

Additionally, Alternatives 1, 2, and 3 upzone land uphill from the Puyallup Valley farmland north and east of the study area.[3] There have already been adverse impacts from uphill development on the agricultural valleys, including increased runoff and land use incompatibilities from uphill uses. But the draft EIS contains no analysis of these impacts. The EIS claims that “[n]o significant unavoidable land use impacts are anticipated under any Alternative” but given the many inadequacies of the land use analysis, the statement is not accurate.

The draft EIS claims that “[t]here are no significant adverse impacts resulting from any inconsistency with adopted state, regional, countywide, County Comprehensive Plan, or community plans policies.” This is false. The EIS is inadequate for failing to analyze consistency with the Regional Growth Strategy and failing to disclose the results of that analysis. More importantly, it is dangerous to increase growth where people will have to drive more and longer distances. This will create more greenhouse gas pollution and undermines our goals to fight climate change.

The Draft EIS Does Not Explain Development Capacity of the Alternatives

We are concerned about the lack of data to support the draft EIS’s determination of the capacity of the alternatives. In a few places, the EIS generally describes some changes in capacity. However, the draft EIS never discloses the residential and employment capacities for the changes and the alternatives as a whole.[6] Instead, Alternatives 1, 2, and 3 are analyzed based on assumed levels of growth. This lack of data on the changes in zoning capacity is a major flaw in the draft EIS. To rectify these flaws, the EIS needs to disclose the changes in zoning capacity and document using actual data how the assumed levels of growth were determined. Again, more growth in areas without transit undermines the regional plan to reduce greenhouse gas emissions and fight climate change.

Finally, the draft EIS needs to better account for potential environmental impacts of the subarea plans. The draft EIS must analyze the greenhouse gas pollution generated by the alternatives but fails to do so. Additionally, we have serious concerns about development impacts on Chinook Salmon runs.

A 2018 analysis by the National Oceanic and Atmospheric Administration and the State of Washington Department of Fish and Wildlife ranked the fall Chinook stocks that originate in the Puyallup River highest in importance as food sources for the southern resident killer whales. In Futurewise’s scoping comments we identified impacts on the Chinook and orcas as impacts that need to be analyzed in the EIS. No such analysis was included. This is a significant deficiency in the Draft EIS. EISs matter because they include the environmental information the Pierce County Planning Commission, citizens that advise the county on land use plans, and the County Council will use to decide whether to approve these amendments.

The EIS needs to be accurate and to clearly explain that the proposed amendments undermine our regional goals to concentrate growth and reduce greenhouse gas emissions. For more details, please read our comment letter to the Pierce County Planning and Public Works Department and stay tuned for future updates on these amendments.