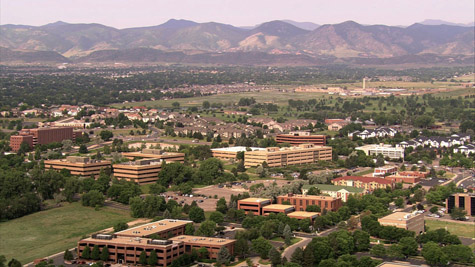 This summer saw two published pieces that are at the center of the struggle over housing in the United States–entrenched, well-off homeowners averse to new neighbors, versus seemingly everyone else.

Michael Hobbes’ Huffington Post article Progressive Boomers Are Making It Impossible For Cities To Fix The Housing Crisis resonated with anyone that has spent 10 minutes at a land use meeting over the last 40 years. It details how even the most basic attempts to push the status quo toward more sustainable, more equitable land use–or safer streets–are stymied by organized, wealthy homeowners. The second piece was an op-ed published in the Colorado Sun, Opinion: By slowing growth, Lakewood enacts Colorado’s strongest climate action plan, a case study in how homeowners feign concern for the environment in order to preserve an environmentally destructive, auto-centric status quo.

In July, the city of Lakewood, Colorado voted to enact a 1% limit on the number of new homes permitted. This vote was seen as a test case for enacting further growth restrictions in Colorado. Lakewood is the fifth largest city in the state with a population of roughly 152,000. To anyone who has been paying attention to the housing crisis across the country, the outcomes of such an act will be quite obvious: home values will continue to escalate, affordability will not improve, rents will go up, commutes will get longer, and homelessness will increase. Sadly, the literature from the “neighborhood group” that pushed this cap readily admits that “maintaining property values” was one of their main goals. Checkmate, homevoters.

Other stated goals of the policy included: “To encourage redevelopment of blighted and distressed areas” and “To avoid increases in crime and urban decay associated with unmanaged growth”–an oft-repeated canard that more residents equal an increase in crime rates. Additionally, the cap does not apply to business and commercial properties. What this means is that the city can continue to add jobs at a staggering clip, but the housing that should be added to balance those jobs in the city will be forced to be located outside the city. This is how most of the Bay Area operates. All it really does is exacerbate the housing-jobs imbalance.

It should also be noted that the City of Lakewood previously had an anti-tenant density limit in place, which is really just a land use regulation designed to keep the number of renters low. This was removed in 2013 and the number of multifamily units took off. This isn’t surprising. Many cities around Lakewood–like Boulder, Aurora, and Denver–also have housing crises or de facto constraints to housing, pushing new residents, children of existing residents, and students even further out.

There are additional bugs in this policy. The Lakewood City Council is now required to approve projects greater than 40 units. In 2018, multifamily projects, which tend to be much larger because of the economies of scale required, were 83% of all permitted units. This effectively will make new housing a project-by-project fight. We know how that plays out in cities, as noted in Hobbes’ piece. Homeowners will trot out any and all arguments to try and kill a project they don’t like or want to be near them. It doesn’t matter if it is luxury housing or affordable housing. The worst part about this? This vote passed with just 12% of the city voting to enact it (18,700 out of 152,000).

Let’s dig a little deeper into the data.

In 2017, American Community Survey report that there were 67,238 dwelling units in Lakewood, with 60% of them being one-family houses. Yes, Lakewood, a post-war boomtown, has a yellow belt problem. There are roughly 27,000 multifamily units and nearly 20% of those units are from the last six years.

If the 1% control had been enacted prior to 2013, fully 2,000 units would not have been allowed to be built in Lakewood–roughly 4,000 residents. Those jobs don’t magically disappear. Those residents still exist, and they need a place to live. If their work or school is in Lakewood, they’re either going to price an existing resident out (such as a renter who works in Lakewood, but can’t afford to pay higher rents) or they’re going to live outside of the city and commute in.

The notion that forcing 4,000 more people to drive into the city for work, life, sports, school–rather than allowing those same people to live in that city–is some sort of climate action plan is preposterous.

In fact, it is the exact opposite of a climate action plan, and here is why.

Lakewood’s own 2015 carbon emissions inventory shows that as it has gotten denser, its carbon footprint has actually gotten smaller. The reason? There are multiple. The grid is getting greener. Jurisdictions enact increasingly more efficient energy codes. Energy companies fund energetic rehabs. Companies modernize HVAC and electrical equipment to save on costs. And maybe most importantly, density enables more transit, biking, and walking.

The Colorado Sun op-ed goes on to claim that the embodied energy of new construction is unaccounted for by cities and so pushing those 4,000 residents outside of the city magically erases the embodied carbon of those homes for the city of Lakewood. This is a magical carbon math. Local limits on housing growth do not decrease global emissions. Even my nine-year-old knows that those 4,000 residents exist. Those 4,000 residents still need homes–homes which require concrete, steel, and wood. And because those 4,000 residents can no longer live in Lakewood (or Denver, or Boulder, or Aurora); they also need more cars, more roads, expanded sewer systems, new schools, new police stations, new fire stations, and new water treatment plants. Homeowners can pretend that these carbon emissions also don’t exist, but the reality is Lakewood’s proclaimed “climate action plan” is nothing but an environmental Ponzi scheme.

People exist. They need jobs. They need places to live. Cities are rapidly densifying–even in countries that have stagnant or declining populations. Climate refugees are a thing and their numbers will only get larger. Failing to provide those homes, in walkable neighborhoods, in cities, in a more affordable and sustainable manner, is not a climate action plan. It is climate arson. It is also tantamount to theft.

My generation, and those after me, will forever struggle to afford the costs of the housing and climate crises brought on by Boomers. But more pernicious than that, the growth cap also feels like a desperate attempt to keep out those who may not look like existing residents. Lakewood is majority homeowner, but the cap is specifically designed to keep out renters. There’s also a long history of xenophobia and racism in the environmental movement. That Colorado’s population is shifting from overwhelmingly White to majority-minority by 2050 feels very relevant to this as well.

When you take all of this in, it becomes pretty apparent what policies like this are designed to do. These policies do nothing of the sort cities need to be doing to address climate change. These policies are a form of climate arson, the effects of which disproportionately fall on the those who can’t afford expensive detached homes, and people of color.