On Tuesday, the Seattle City Council passed legislation that increases the number of tiny house villages allowed throughout the city. The bill, introduced in draft form last August but delayed by State Environmental Policy Act (SEPA) appeal, was sponsored by Councilmember Kshama Sawant.

The new legislation makes a number of changes to the permitting process for transitional homeless encampments, chief among them are:

The bill passed six to one with Councilmember Alex Pedersen casting the lone vote in opposition (Councilmembers Teresa Mosqueda and Lorena González were not in attendance). The public comment period on the bill was well represented by members of the public, residents of Nickelsville, and employees of the Low Income Housing Institute. The bill also drew support from a number of advocacy organizations, from Real Change to the American Institute of Architects (the latter group being one that I am personally involved with).

Once signed into law, Council Bill 119656 has the potential to greatly expand the number of transitional encampments throughout Seattle, although without a provision for new revenue that would fund the construction and operation of new encampments (and with no specific properties mentioned for siting them) it may be some time before tiny house villages start popping up in every neighborhood.

Nevertheless, this week’s vote is a big step forward for the City which currently oversees eight authorized encampments and hasn’t permitted a new one since 2018.

The eight existing tiny house villages are on more solid footing as a result of the bill, and it’s likely that the city will move to open more tiny house villages in the months and years to come. While existing and future villages are the most obvious beneficiaries of this legislation, some of the comments that Councilmembers made regarding proposed amendments to the bill suggest that the door is open to other types of transitional encampments as well.

During their deliberations, Councilmembers mentioned safe parking sites as potential uses that could be permitted under the new ordinance. (Safe parking lots have faced opposition from neighborhood groups and plans for a pilot project in Southeast Seattle were scuttled by Mayor Durkan last year.) Some Councilmembers also expressed a desire to retain the flexibility of the current law which defines “transitional encampment” broadly enough to allow for tents, tiny houses, and vehicles.

An amendment proposed by Councilmember Pedersen that would have narrowed the scope of the legislation to only tiny house villages (to the exclusion of tents and vehicles) was unanimously opposed by the other Councilmembers in attendance.

Another amendment brought forward by Councilmember Andrew Lewis would have required transitional encampments not receiving public funding to abide by the same standards as those that do receive funding (such as providing on-site case management). This amendment failed as well.

Addressing Councilmember Lewis’s failed amendment, Councilmember Lisa Herbold said that she didn’t think it was fair to impose onerous requirements on encampment sponsors that don’t receive City funding: “I just want to honor the many, many years, maybe decades at this point, that transitional encampments have functioned without City funding and recognize that onerous obligations such a case management [can be detrimental to] a more do-it-yourself approach of taking shelter and providing companionship and safety in numbers.”

The desire not to impose stricter operational requirements on encampments raises the prospect that under the new law some unsanctioned encampments might seek to obtain a legal permit, perhaps to avoid sweeps by the City’s Navigation Team. It is also easier to imagine a scenario where much smaller encampments are established and sponsored by religious organizations. While a property that hosts an encampment must be a minimum of 5,000 square feet in size, there is no minimum number of residents and no requirement that the entirety of the property must be dedicated to the encampment use.

It’s hard to overstate how important the involvement of faith-based organizations has been to date. To give just a few examples: one of the early tiny house villages—located in the Central Area at 22nd and Union—is sited on land owned by the Lutheran Church of the Good Shepherd; Camp Second Chance on Myers Way in West Seattle has benefited from the immense dedication of both time and resources by members of Alki United Church of Christ, and Tent Cities 3 and 4 are currently being hosted by Phinney Ridge Lutheran Church and Mary Queen of Peace Parish, respectively.

Should Seattle see an increase in smaller, more informal, less resource intensive encampments seeking permits (sponsored by religious organizations or otherwise) it would represent a new alternative to the current system of relatively large tiny house villages and would perhaps signal a new chapter in Seattle’s story of homeless encampments.

It’s a story that goes back decades but also one which has seen a lot of change in recent years. In a relatively short amount of time, homeless communities in Seattle have transitioned from informal tent cities to City-sanctioned tent encampments to tiny house villages—but a majority of people experiencing homelessness still live outside of the formalized shelter system, often in tents and vehicles on the margins of the city.

It’s possible (and I am hopeful) that the legislation just passed by Council may provide a way of legalizing some of these communities and may protect them from harmful and counterproductive sweeps.

As someone who has volunteered at transitional encampments for years and who has seen tent platforms made of old pallets be replaced by tiny homes, I’ve witnessed the positive effect that close-knit communities can have on residents’ emotional well-being and their sense of dignity. I’ve heard time and again how the support systems that form in tent and tiny house encampments can change lives. I’ve seen the data showing that transitional encampments can be effective at moving people into permanent housing.

By passing this bill, the City Council has made a bet on transitional encampments. Now it’s our turn as the citizens of Seattle to have the compassion and the follow-through to help the residents of these encampments succeed in their journeys out of homelessness. 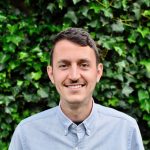 Anton is an architect at Neiman Taber Architects, a mission-based design and development firm that specializes in microhousing and multifamily residential buildings in Seattle. He is also a co-creator of Mighty House, a free, open source tiny house shelter. Anton is a member of AIA Seattle's Public Policy Board and a former co-chair of the Committee on Homelessness. He writes about homelessness on Medium (@adekom).