Earlier this month, the Washington State House Transportation Committee held the country’s first-ever hearing on Clean Cars 2030, a bill that would require all new passenger and light-duty cars sold in the state to run on electricity or hydrogen, beginning with the 2030 model year. Yes, it’s a big idea.

The lead sponsor, Representative Nicole Macri (D-Seattle), initially thought the concept was radical. However, when she learned about what other countries are doing to phase out gasoline vehicles, the urgency of the climate crisis, and the health and economic benefits of the transition, she realized that what the bill set out to do was not just achievable but the right thing for Washington.

Coltura, a Seattle nonprofit that helped draft the bill, is no stranger to this idea. Since 2014, it has been working to accelerate America’s transition from gasoline to cleaner alternatives. Clean Cars 2030 builds on the significant progress made in Washington’s last legislative session toward achieving a 100% clean energy future. Still, gasoline and diesel on-road vehicles are the single biggest source of the state’s carbon emissions.

Many factors show a shift to electric vehicles (EVs) starting in 2030 is feasible, cost-effective, and highly beneficial.

Cost: EV sticker prices are projected to match those of gas vehicles within the next five years, possibly by as early as 2022. By 2030, average EV prices will undoubtedly be on par with gas car prices and may even be lower. As more EVs are purchased and leased, more affordable used EVs will also become available. EV fueling and maintenance is also much cheaper than for gas cars. Fueling an EV in Washington is a quarter of the cost of buying gasoline. EVs don’t need oil changes, tune-ups, and the expensive repairs typical of gas cars.

Range: New EVs already get upward of 200 miles per charge, with 400-mile range EVs coming soon. The 600-mile range Badger electric truck from Nikola Motors is due to hit the market in the next few years.

Charging infrastructure: Gas cars can only fuel at gas stations; EVs can fuel wherever there’s an electrical outlet. Today, 80% of EVs on the road charge at home. Every EV comes with a charger that can plug into a standard 110-volt electrical outlet, adding 30 to 50 miles of charge overnight, an adequate option for many EV drivers. For faster charging, a 240-volt “Level 2” charger, like a home clothes dryer outlet, can be purchased for around $200 and adds about 25 miles of range per hour. For those who can’t access electricity at home or work and for long road trips, high-speed charging is widely available. New technology is providing some cars with 180 miles range in 15 minutes. A national effort to build more charging is already underway.

Grid capacity: Washington sells 302,000 new vehicles per year, accounting for less than 5% of the total cars registered in the state. The National Renewable Energy Lab estimates the electrical grid can already handle electrification of 25% of all vehicles. A study by Seattle City Light confirmed that the grid could largely accommodate the increase in EVs anticipated by 2030 and that any required grid upgrades would be of minimal cost.

Economic impact: Washington uses nearly three billion gallons of gasoline a year, translating to roughly $6 billion flowing to out-of-state oil companies and oil producers. By shifting to EVs, we can keep that money in the state. Households redirecting fuel savings to local spending is forecast to create 16 times more jobs than if the funds were spent on gas. Further, building the electrical system infrastructure needed for EV charging will create many new jobs for electricians and others.

We are at an inflection point where bold policy ideas and private sector innovation can rapidly achieve a clean transportation future. Super Bowl ads featuring electric cars and trucks demonstrate that automakers are ready with exciting new offerings. By setting a clear policy direction, we create the certainty needed for consumers, investors, automakers, the EV charging industry, utilities, and governments to make the major investments required to move toward a clean, low-carbon future. Indeed, to quote Danny Westneat in The Seattle Times, “it’s a ‘fringe crazy bill’ no longer.”

The featured image is by Slowking4 and used via Wikimedia Commons. 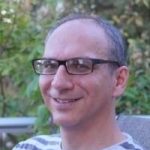 Matthew Metz is the founder and executive director of Coltura. Metz founded Coltura after purchasing his first electric car and wondering why his friends weren't also making the switch. Prior to founding Coltura, Metz founded the Metz Law Group, Jaguar Forest Coffee Company, the Central Area Development Association, and the Central Area Arts Council. He also worked in international development for an NGO in Mexico City. Metz is a graduate of the University of Chicago and UCLA Law School, and is the author of the citizenmetz blog, a blog focusing on the intersection of carbon and culture.