On a crisp afternoon last fall, Douglas Pullen, a 69-year-old Black man, was nearly hit by a white driver during his daily walk through his Seattle neighborhood. Having witnessed this, I (Kate), checked on Mr. Pullen after he was safely on the other side of the street.

Mr. Pullen credited waving his trusty cane for saving his life. He then described times his presence was questioned by police and fellow residents while walking in his gentrifying neighborhood.

We’ve now heard countless such accounts about exercising while Black shared in mourning of Ahmaud Arbery, shot and killed by two white men while running. This comes with significant costs to health and well-being. On top of the threat of violence, Black Americans get less exercise than white Americans, fueling chronic diseases that are now increasing risk for severe Covid-19. To address these unjust disparities, traditional approaches for supporting exercise such as counseling, crosswalks, and pandemic-inspired Stay Healthy Streets just won’t cut it. We must dismantle systems of oppression hindering Black people’s movement.

According to the Centers for Disease Control and Prevention (CDC), only one-quarter of Americans get enough exercise due to various social, community, and policy impediments. But because our country denies Black folks safety, health, social, and economic freedom, Black folks face additional barriers to activity. These include potential violence, incarceration, being more likely to get hit by cars, and lack of “free time.” The resulting heightened vigilance—another barrier to physical activity—likely dampens exercise’s typical mental health benefits. This all forces impossible math: weighing exercise’s long-term benefits against immediate challenges and dangers.

The novel coronavirus pandemic presents Black folks with new hurdles to getting exercise–and mobility in general.

Projected public transit cuts resulting from our hard hit economy will disproportionately affect people of color, who are more likely to rely on public transportation. Our region must ensure transit operators are protected from Covid-19 and compensated adequately for their hazardous work, while maintaining affordable, convenient public transportation.

Meanwhile, cities are creating “slow streets”—Stay Healthy Streets in Seattle—which limit non-essential traffic to increase space for socially-distanced activity. While promising, Black and Brown mobility advocates are calling for a cautious, community-engaged approach to implementing slow streets. In Seattle, some communities of color are asking that Seattle Police Department (SPD) officers not be deployed to oversee these streets, and to increase community engagement to determine how slow streets can ensure meaningful mobility beyond simply expanding recreational opportunities.

Slow streets will be woefully inadequate if not accompanied by comprehensive, Black-led solutions. As made clear in the essential Untokening Mobility Justice Framework, traditional policies and infrastructure such as crosswalks and protected bike lanes aren’t enough and may actually worsen disparities without careful consideration. We must address deeper inequities driven by forces such as segregation, unfair housing policies, unequal political capital, and Washington’s tax code, which takes the most from those with the least.

Still, as is laid bare by the killing of Arbery, none of this will be sufficient without also reforming policies that enable and fuel violence against Black bodies. Just prior to taking his life, Arbery’s killers called 9-1-1 to report their so-called emergency: “a Black male running down the street,” having followed Arbery after his walk through an unoccupied, under-construction home. Our country’s policies and culture of racism not only fueled and enabled their violence against Arbery, but let them walk free for months before being charged with murder.

The Seattle region is certainly not spared the painful costs of violence against Black and Brown lives, leading to pleas for police reform that are only getting louder after police—including SPD—used violence, intimidation, and deceit during protests this week over George Floyd’s brutal killing by a Minneapolis police officer. Even a Black child who attended a recent South King County zoom meeting wondered what type of mask she should wear to reduce novel coronavirus transmission while avoiding being perceived as threatening to police.

The connection between police practices and Black folks’ freedom to move may not be obvious to some. But South Seattle mobility advocates get it. Which is why they’d recently joined the NAACP and others in officially opposing the city’s proposal to prematurely terminate SPD’s remaining consent decree oversight. And it’s why they’re pleased by June 3rd’s news that the city will withdraw its consent decree termination proposal.

Without question, racism contributes mightily to countless factors fueling disparities. And most Americans, regardless of race or ethnicity, could benefit from increased activity. But to achieve true population health, well-being, and justice, the structures blocking free movement by Black Americans must be torn down.

We asked Mr. Pullen why he keeps walking despite the threats he faces. On top of describing health and community connection as motivators, he paused, and said “it’s important for people to see me out here, to see I still belong.”

Authors’ note: Barbara Baquero (University of Washington (UW) School of Public Health, Department of Health Services), Kate Hoerster (UW School of Medicine, Department of Psychiatry and Behavioral Sciences), and KL Shannon (Seattle Neighborhood Greenways) are members of the PATHSS Project Leadership Team. They are partnering with other faculty and community members on a newly-funded project focused on understanding experiences with and solutions for getting from place to place in South Beacon Hill, one of Seattle’s most diverse neighborhoods.

Photo credit: The featured photo is by Kate Hoerster and shows Douglas Pullen with his mask out for a walk in his Seattle neighborhood. His story and picture are included with his permission. 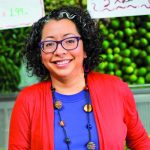 Barbara Baquero is a Latinx public health researcher and associate professor in the UW School of Public Health, Department of Health Services. 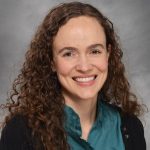 Kate Hoerster, is a white clinician researcher and assistant professor in the UW School of Medicine, Department of Psychiatry and Behavioral Sciences. 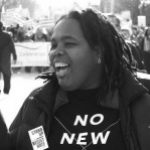 KL Shannon is a Black community organizer with Seattle Neighborhood Greenways. She grew up in Seattle’s Central District and started her organizing career with Jobs with Justice and Mothers for Police Accountability.