For days now, the constant presence of police, armored SWAT vans, “unarmed” but baton-wielding National Guard members, and circling surveillance aircraft have felt like an occupying force in Seattle. But on Monday and Tuesday nights, as tear gas choked the air and flash-bang grenades echoed down the streets of Capitol Hill, my neighborhood was fully transformed into a war zone. There is a horrific irony in seeing the iconic rainbow crosswalks of Seattle’s “gayborhood” engulfed in tear gas on the first two days of Pride Month.

These scenes stand in stark opposition to the peaceful demonstrations on Capitol Hill that drew over 5,000 protestors on Monday, swelling to around 10,000 on Wednesday. In contrast to the police force, about 85% of whom are from out of town, local residents likely make up the majority of these numbers. I can attest to this, as my partner and I joined Sunday’s protest along with countless others who poured out of apartments and houses as we marched past. We were proud to stand alongside Black community members in demanding justice and change.

On Monday night, however, following five hours of peaceful protest at the East Precinct building, videos from multiple angles show that the peace ended after a police officer started an unprovoked tug-of-war over a protester’s pink umbrella. Seconds later, and seemingly with no attempt at de-escalation, officers began pepper-spraying the front line of the protest. Some protesters responded by throwing water bottles and other objects, and police declared a riot, immediately deploying tear gas and flash-bang grenades. This sequence of events, clearly evident from the videos, contradicts the explanation provided in a statement by the Seattle Police Department.

With these images seared in my mind, on Tuesday I felt the need to stand vigil from my rooftop deck in the Pike/Pine corridor. Training binoculars on the East Precinct, my phone taped to its eyepiece to record video, I observed the tense equilibrium as protesters chanted “Drop your weapons” from behind a barricade. Earlier that day, residents watching atop their nearby building had been told by police to leave. With officers commanded to keep their body cameras off, I worried police provocation like that on Monday could go undocumented.

I watched from above as the skirmish repeated itself that night. For five hours, protesters at the East Precinct had shown a remarkable ability to self-regulate, ejecting an individual who had tossed a water bottle. But close to midnight, objects were again thrown at officers. Videos suggest protesters attempted to remove the agitators and de-escalate. Despite being heavily protected by riot gear, the police quickly turned to pepper spray and flash-bang grenades, followed by tear gas.

Discussing the footage, City Council member Andrew Lewis has pointed out that protesters’ First Amendment rights are undermined when agitation by a few individuals leads to police dispersing an entire crowd. We must not forget that fear of police aggression has rendered First Amendment rights inaccessible to many in our communities, particularly people of color and younger students, from the start.

Those fears are only reinforced by the excessive and negligent tactics and crowd-control devices used by police on Monday and Tuesday. Footage from Cal Anderson Park captured the moment an errant flash-bang grenade hit an NBC News correspondent. Another video recorded a police projectile exploding in the face of a sleeping homeless man. Yet even with careful deployment, these devices are dangerous and indiscriminate.

At a Wednesday City Council meeting, one resident testified that his three-month-old child was foaming at the mouth and nose as tear gas filled their apartment near the East Precinct. Exposure to tear gas, particularly within closed settings such as inside the densely-packed apartments of Capitol Hill, may lead to eye scarring and glaucoma as well as long-term breathing problems, according to the CDC. It also leaves those exposed at higher risk of contracting respiratory illnesses, such as Covid-19. Flash-bang grenades and similar percussive devices produce intense heat and can release shrapnel, and Seattle’s Community Police Commission recommended in 2016 that use of these “less-lethal” tools be suspended.

During a time of rising concern over inappropriate use of force by police, we should all be disturbed by reports of aggressive language used by officers on Capitol Hill. A Washington State Patrol officer was recorded on Tuesday telling his colleagues, “Don’t kill them but hit them hard.” An official apology was later issued. In another incident that night, an officer is heard on a scanner saying, “Shoot ‘em all, just f***ing shoot ‘em.” An investigation is underway.

On Monday, shortly after Police Captain Brian Grenon took a knee as a gesture of goodwill to protesters at the East Precinct, he distanced his colleagues from the Minneapolis police officers responsible for the murder of George Floyd. A video captures him insisting that “those officers don’t represent the Seattle Police Department, and we don’t want to be lumped in with them.” Unfortunately, his statement rings hollow after the irresponsible use of force that followed later that night.

When pressed on the recent actions of police on Capitol Hill, Seattle Police Chief Carmen Best has deflected, repeatedly referring to the formal investigative process of the Office of Police Accountability (OPA) and the need to review all evidence. But OPA has now received over 15,000 complaints, which will take considerable time to process. As Mayor Jenny Durkan struggles to offer even the smallest concessions to protesters, demonstrations in Capitol Hill will likely continue, as they should. My neighborhood–and those who exercise their First Amendment rights within it–cannot wait. Our safety is at stake. We deserve answers and accountability. 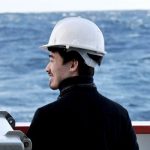 Ethan C. Campbell is a Capitol Hill resident and a PhD student in the School of Oceanography at the University of Washington. You can find him on Twitter at @ethan2sea.