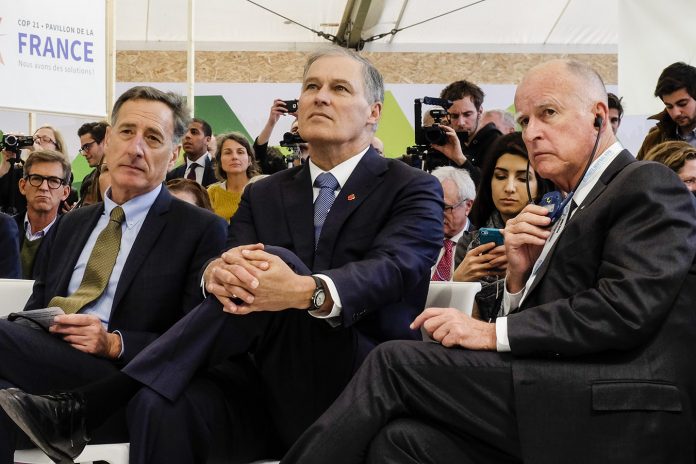 On October 14th, Governor Jay Inslee issued another extension of his eviction moratorium and rent freeze through the end of the year and also prohibited utility shutoffs until the Covid-19 crisis is over. The Governor’s previous eviction ban had been set to expire the following day.

“We don’t need more housing insecurity in this moment of uncertainty during this pandemic,” Inslee said while announcing the extension.

The fact that Washington state has been under a rent freeze for nearly all of 2020 seems like it has been getting relatively scant attention, which is understandable with everything else going on–from an unchecked deadly pandemic to a president openly flirting with a violent takeover if election results aren’t to his liking.

Even the historic step of a rent freeze might not be enough with tens of thousands of Washingtonians out of job or working reduced hours–a problem greatly exacerbated by the Covid recession. This is particularly true after federal relief payments–which boosted unemployment payments an extra $600 per week–expired at the end of July without renewal. The Republican-run U.S. Senate blocked extending benefits and meanwhile has turned focus on confirming Amy Coney Barrett as Supreme Court Justice in record time, which threatens to solidify the right-wing corporate majority on the court, which would limit opportunities to extend worker and renter rights in the future and spell the end for federally-guaranteed reproductive rights.

Washington state does have $100 million in rent assistance to distribute, but it’s not clear how much of that money has actually made it to tenants yet. “In early August, the state announced it was releasing $100 million in CARES Act money as rent assistance to be distributed by local governments. The money has been allocated to cities and counties, but the amount of money distributed so far wasn’t immediately available Thursday,” Jim Camden reported in the Spokesmen.

Some tenant advocates are looking beyond eviction moratoriums to rent forgiveness in order to help tenants who have fallen behind on their rent get caught back up. The eviction ban allows rent payments to pile up, but it doesn’t do anything about ultimately being able to pay all the back rent. The Tenants Union of Washington State and Be:Seattle are pushing a local Cancel Rent campaign (dovetailing with national efforts) and have a petition circulating.

“Although this is a step in the right direction, the moratorium extension does not protect our communities from crushing housing debt, violent displacement, and ongoing racist and predatory evictions and gentrification,” the Tenants Union said on their Cancel Rent webpage. “In 65 days, the emergency eviction moratorium will expire and without bold action, Governor Jay Inslee will be unleashing a mass wave of catastrophic evictions, foreclosures, and housing debt in Washington. In June alone, over 247,000 renters were not able to pay rent and collectively accumulated millions of dollars of debt. To protect Washingtonians’ health during a global pandemic, we must fight to ensure all our neighbors are able to stay sheltered and emerge without insurmountable debt.”

Rep. Ilhan Omar introduced a cancel rent bill in the U.S. House, and if Democrats succeed in taking the senate and presidency, a bill like that might stand a chance. For now Senate Majority Leader Mitch McConnell and the President block any hope of a major federal rent relief package from advancing.

Governor Inslee’s latest proclamation on evictions includes a few new stipulations and clarifications. There is an exception to the eviction ban for tenants whose behavior “imminently hazardous to the physical safety of other persons on the premises is included among the existing permissible reasons for seeking to evict a tenant.” The order also authorizes landlords to send advance notices of future rent increases “in limited circumstances, as long as the notice clearly provides that the rent increase will not go into effect until after the moratorium expires.”

Moreover, the order tightens up the exception in cases of owner occupying the unit by “requiring that any 60-day notice to vacate if an owner intends to occupy or sell the premises must be in the form of an affidavit signed under penalty of perjury.”

The Seattle City Council had already taken the step of extending its eviction moratorium through the year back in May. The emergency powers of the Governor are broader, though, so it appears only he can issue a rent freeze, unlike the Mayor or Council.