Oh, how I loved my car. The ability to zip around the city of Seattle and into the nether regions of the Eastside left me with the feeling of complete freedom; the ability to reach my destinations just in time for my appointments, dates, or events was exhilarating. I, mistress of my auto domain with a killer sound system, was on top of the world.

I was born with epilepsy or developed it within the first three years of my life. As a child, I had petit mal seizures–the kind of seizure where I would simply space out for a few seconds. Then, as a young girl growing into puberty, I developed grand mal seizures–convulsions, which were not well controlled with medication. There were several periods of time when I was not able to drive–a time before there was any serious discussion of “mass transit” in the Pacific Northwest.

Then, miracles of miracles, I slowly grew out of the grand mal seizures. I felt I had beaten the rap. It’s over. The epilepsy was gone! Or so I thought. Adulthood found me completely oblivious to any of the warning signs that the insidious epilepsy was still with me.

When I was 40 years old, my doctor encouraged me to consult with a neurologist to assess my seizure medication. Despite trying all sorts of medications, it became clear that I was still having seizures.

I became aware that my condition had morphed from grand mal seizures to drop seizures. The dawning realization that the seizures were most likely never going to be completely controlled meant doing the unthinkable: sell my car and use the Metro Transit system.

Selling my independence was difficult. The loss felt like a step down in status. I could no longer drive. Who rides the bus, I asked? Weird people? Where do the buses go? Why did it take so long to get to my destination? How come I had to make transfers? Why is the wait so long for the next bus to come along? Do I really have to ride the bus? I confess to a certain amount of snobbery when it came to riding the bus.

Then one day, something changed. I noticed all the professionals and students getting on the bus with me. All of us headed to destinations unknown to each other. These riders were reading books, playing with their cell phones, chatting with their seat-mates, or simply enjoying the view. So, I started bringing my book. Then, I ceased worrying about the traffic or how long it would take to get to my destination. I relaxed. I discovered there were more bus stops within walking distance of my house! Waiting for a bus wasn’t really that long and look at all those bus routes! I became a whiz at navigating the Metro online trip planner. I could go anywhere! My freedom was back.

I have been seizure free for almost two years, finally, at age 65. Legally, I can drive again. But I am not interested. I like the freedom of having so many travel options available to me. Busing takes me wherever I want to go. The quick light rail ride downtown or to the airport feels so cosmopolitan. The Metro pass also pays for ferry rides. And for the far-to-reach places, Amtrak is fabulous. No car payments, no car insurance, no oil changes. Life is good.

If you think this editorial is a plug for the continued expansion of public transportation, you’d be right. Our world is getting smaller every day with huge population explosions happening in our cities. Mass transportation makes sense. I am profoundly grateful that local transit is so user friendly for King Country residents. It has allowed, for me, living as normal a life as possible. 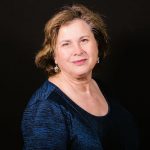 Martha Garrett, violinist, is active in regional symphonic orchestras, the Auburn Symphony Orchestra (ASO) and the Lake Washington Symphony Orchestra (LWSO). She received a performance degree from Western Washington University with additional studies at the NW Music Academy in Detmold, Germany. Garrett maintains a violin studio in NE Seattle and serves as the interim Executive Director for the LWSO. Her professional associations include the American Federation of Musicians Union, AFM Local 76, the Seattle Music Teachers Association, and the Suzuki Association of the Americas.