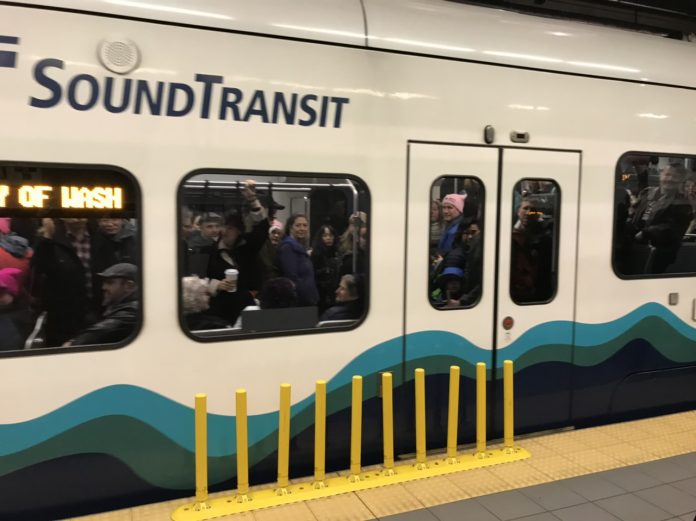 The financial outlook for Sound Transit has greatly improved over the second quarter of the year. On Thursday, the Sound Transit board of directors were briefed on updated financial projections. Helped by an improving economy, the affordability gap through 2041 for Sound Transit 3 (ST3) has come down another $1.4 billion since April. The affordability gap now stands at $6.5 billion; earlier this year, it was as much as $11.5 billion. With the new financial projections, realignment of the ST3 program could be a little easier and perhaps a little less painful.

During the meeting, Board Chair Kent Keel said that project timelines would be able to move up a little in his realignment plan. “The $1.4 billion improvement in our financial outlook means, in my mind, that we can improve upon the estimated completion dates for projects,” he said. “So as an example, staff tell me that we can improve the delivery of dates of all of our Tier 2 light rail projects and their supporting systems by a full year. This means we can finish the entire ST3 light rail program, including the infill stations, one year earlier than we anticipated with a $7.9 billion affordability gap.”

Keel also said that the improved Tier 2 schedule approach — of a four-tiered plan — was just one option and that he was interested in hearing if any boardmembers had differing ideas in how to allocate the new financial capacity.

Based upon the Tier 2 improved schedule approach, that could mean Link light rail projects are delivered as follows:

Still, Keel’s plan means that many ST3 projects could be delayed by many years and in some cases decades barring additional financial capacity.

Staff explained during the meeting how the financial forecast changed since the spring. The big help was rebounding tax revenues, which were projected to be $2.1 billion higher through 2041 than before. This was somewhat countervailed by higher projected inflation for capital and operating costs, which rose $400 million in the model, and other factors. Underpinning this has been big injections of money into the economy with the federal recovery packages and people going back to work. In fact, Washington’s unemployment rate shrunk to 5.3% in May and gross domestic product rose 6.4% in the first quarter of the year (up from 4.3% in the fourth quarter of last year), according to staff.

Not factored in the new financial forecast are potential savings from a basket of Transportation Infrastructure Finance and Innovation Act (TIFIA) loans that the agency is refinancing this month. Lower interest rates could help shave off another $380 million in costs, if the agency gets lucky on the closing dates and rates.

However, staff cautioned that there are potential financial risks ahead. Two of the big ones are inflation indexes that the agency expects to go higher in the fall, hitting construction and right-of-way costs. Staff also emphasized that the “long-term tax revenue forecast highly uncertain,” which is a point that has been repeatedly noted in similar briefings in the past. After all, financial projections made 20 years out are usually just best guesses. Additional risks to the financial outlook also include still-low consumer confidence, recent inflationary trends, possible federal interest rate movement, and many federal recovery package tools coming to an end in the months ahead. But passage of a major national transportation package could be on the verge of happening and be a big financial boon.

Nevertheless, King County Councilmember Claudia Balducci is still working on her plan, which she has said could “hold to schedules far more closely and in many cases maybe exactly that we proposed in the ST3 program.” The timing of her plan being delivered has not yet been disclosed, but she has said she’s getting close.

Organizations like Sierra Club, Seattle Subway, Transit Riders Union, and Disability Mobility Initiative are perhaps sympathetic to Balducci’s effort and are actively campaigning for no project delays. The Sierra Club has even put out a petition campaign to rethink ST3 realignment. But how things will shakeout beyond Keel’s realignment plan remains unclear and with little time left.