Across the country, climate change-fueled extreme weather events are causing increasingly frequent power outages and are presenting a growing threat to our nation’s energy infrastructure.

Last winter, Texas’s electrical grid failed spectacularly following an unexpected, deep freeze while this summer’s heat and drought fanned the flames of California wildfires, forcing power cuts across the Golden State. In September, Hurricane Ida knocked out power for more than 1.2 million people across seven states, and the latest Gulf Coast storm left thousands in the dark in Texas.

In response to the new reality of frequent extreme weather events, we need to address the underlying cause —climate change— as well as find better ways to respond to these crises. By transitioning from fossil fuel-powered transportation to electric vehicles, we can slow down and better prepare for climate change — at the same time.

A fully charged Proterra ZX5 transit bus can store up to 660 kilowatt-hours of power — enough to provide electricity to an average American household for more than 20 days. These “batteries on wheels” have the potential to become a key part of emergency response plans, improving local disaster resiliency.

Currently, many households are forced to rely on portable gas-powered generators to provide electricity. If used indoors, these generators can cause deadly carbon monoxide poisoning within minutes. Tragically, carbon monoxide poisonings often spike after severe weather events, meaning that lingering power outages can be one of the deadliest parts of a storm or fire. Electric vehicles offer a safer alternative to these portable generators.

For electric vehicles to effectively distribute power, however, electrical infrastructure needs to be designed in a strategic way. Buildings and grids must have the capacity to both send power to and receive power from electric vehicles before the technology can perform this role.

Beyond disaster relief, electric vehicles will play a crucial role in preventing more disasters from happening in the first place. Numerous studies have shown that replacing fossil-fuel powered vehicles with electric models, even though most of our energy supply is not yet renewable, would result in a dramatic reduction in transportation-based carbon pollution.

Emissions from millions of fossil fuel-powered cars and trucks are directly contributing to the climate crisis — increasing the risk of weather disasters like hurricanes and wildfires. Electric motors use energy more efficiently than internal combustion engines, and can be powered using renewable solar and wind energy.

As part of their response to the climate crisis, Congress and President Joe Biden are currently discussing investments to support electric vehicles. The bipartisan infrastructure deal includes $7.5 billion in funding for electric vehicle charging stations across the country, and $2.5 billion for electric school buses.

That’s a great start, but we need to do more. Congress should provide $25 billion in funding for electric school buses to jumpstart the transition. We also need funding to upgrade other publicly-owned vehicle fleets like transit buses and postal delivery vehicles.

Public electric vehicle fleets can’t come quickly enough. In the short term, we need them the next time disaster strikes to save lives and get back on the road to recovery. Over the long term, transitioning to electric vehicles is necessary to ensure a safer, more livable climate for our planet’s future. 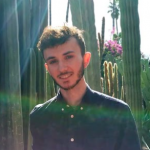 Mac Dressman is an associate on the Electric Buses for America campaign with grassroots nonprofit advocacy group PIRG. He currently lives in Chicago, Illinois and is interested in social change, sustainability and urban planning in the U.S. and abroad.