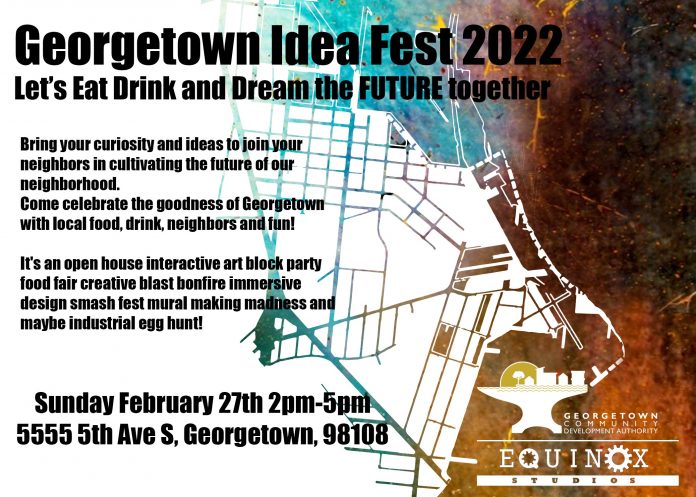 As one of the few places in Seattle where industry rubs elbows with homes and small businesses, Georgetown is one of city’s most distinctive neighborhoods, a place for makers — people who dream up, design, build, and fix things. The neighborhood has long attracted people drawn to its industrial grit, can-do spirit, and, in keeping with proximity to industry, affordable housing and commercial spaces. But increasingly Georgetown has begun to suffer from the same lack of affordability impacting the entire Puget Sound region. In response, the Georgetown Community Development Authority (GCDA) was created with the goal of ensuring the neighborhood can continue to offer affordable housing, commercial spaces, and jobs to the people who make it exceptional.

Recently GCDA has announced plans for its first affordable mixed-use development which will bring 150 affordable homes and commercial space to 402 S Lucille Street, a quiet area of the neighborhood. Project design will be undertaken by Jackson Main Architecture, but before plans get formalized, GCDA wants the community to weigh in on what they want from the new development, which will be permanently affordable through a community land trust model. Plans are for 100% of homes to be affordable, with most set aside at 60% of area median income (AMI) and below, with some homes to be targeted lower at 30 to 40% AMI. There are also plans for artist live/work spaces to be incorporated into the future building.

Construction could start in spring 2023 if planning and permitting goes smoothly, and the building could be open as early as fall 2024, GCDA hopes.

“We want people to come out with their pens, ideas, and dreams,” said Samuel Farrazaino, on the founders of the GCDA and the creator of Equinox Studios, which operates as a tenant-owned interdisciplinary artist and maker space spread over three buildings. Equinox Studios also hosts many notable neighborhood events, including Georgetown Carnival.

To collect community feedback, GCDA has created an online survey, which will be available through March 11th. However, in partnership with Equinox Studios, GCDA is hosting the Georgetown Idea Fest 2022, on Sunday, February 27th from 2:00-5:00pm.

Farrazaino said that the invitation is open to everyone and that he hopes the event will attract the diverse spectrum of people who care about Georgetown. “We need industry folks, property owners, and people living on the street to come out. All the people living, working, and dreaming here, the more people the better. We need to get people talking about how we are doing this so we can do it in a core community-engaged way,” Farrazaino said.

The event will be family-friendly, offer food and drink, and in keeping with the high jinks Equinox Studios’s events are known for, Farrazaino alluded that there may be “a surprise adrenaline-inducing experience.” Considering Equinox Studios hosted a “crane truck circus show” last summer, readers should interpret adrenaline literally.

The community feedback will be incorporated into the development plans filed for the Early Design Guidance process with the Seattle Department of Construction and Instructions (SDCI) and Seattle Department of Neighborhoods. GCDA is particularly interested in learning what kinds of businesses and services people want to see on the ground-floor commercial level. As a neighborhood currently without a full-scale grocery store, although Maruta Shoten — a grocer focused on Japanese imports — is a treasure, but which is also lacking in other major services, such as childcare, GCDA wants to find out what needs hold top priority among community members.

GCDA hopes to use its community land trust to create more affordable housing and workspaces in Georgetown in the future, and they aspire to use the Lucille Street development as a model for inclusive development. Industrial and residential development have been at odds at past in Georgetown, but Farrazaino hopes that a different path can be forged moving forward. He was disappointed to see the current proposed Draft Environmental Impact Statement (DEIS) for Seattle’s Industrial and Maritime Strategy includes so little space for residential development in industrial areas because with industry much cleaner and safer than in the past, Farrazaino fears that keeping the two separate could have spiraling negative consequences.

“Residential development has been seen as a threat to industrial lands, but the downside is that then we get all these other uses, and there is no money to clean up the land for the future. In the meanwhile, it makes it not affordable to build modern manufacturing in the city, which is a slow sort of cancer that will push out industry and jobs,” Farrazaino said.

Like Ileana Preuss, author of “Recast Your City,” who was interviewed by The Urbanist’s Ray Dubicki last year, Farrazaino envisions a future in which housing can sit atop maker-spaces and other industrial uses. The last thing he wants is for the industry that has defined Georgetown for over a century, to disappear.

In a time of challenging growth, Georgetown continues to inspire people to care its about its community, and new developments like the one GCDA plans for 402 S Lucille Street offer hope that all the diverse attributes that make the neighborhood special can flourish in the midst of change.