SPU’s justification for water main extensions relies on misunderstanding of Seattle Municipal Code. The results can be absurd: $800,000 in water main work for a $700,000 duplex, for example.

Permitting systems exist to ensure consistent and predictable outcomes, a benefit for applicants, neighbors, and the city as a whole. Those consistent outcomes are achieved via municipal codes which limit the authority of the jurisdiction’s permit power. Ideally, all permitting staff should be trained on how to read, harmonize, and interpret municipal code. However, in the City of Seattle, staff too often rely upon administrative informational handouts, city website pages, and reports in lieu of code.

The phrasing within these alternate sources are once-removed from the City Code. This is a major issue because it allows bureaucratic drift, an unofficial expansion of the rules that comes from practice being untethered from the law. This article speaks to how SPU (Seattle Public Utilities) asserts non-code supported – and very costly – water main extensions by directing the user to administrative documents and away from the binding language of the code.

Seattle Municipal Code (SMC) section 21.04.061 allows SPU to require an extension of water mains for new development. However, the same code clearly limits this authority.  A water main extension for a new development may only be as long as the parcel frontage along a street.

The straightforward phrase within the SMC is, “The standard distribution water main shall be constructed in the abutting street to the extent of the parcel boundary.”  The important concept here is the meaning of the word “extent.” The wording is limited to only extending the water main to the extent of the parcel boundary. Below is an exhibit of what that phrase means relative to the property boundary abutting the street for the parcel located at 1215 S. Concord Street.

As I discussed in an earlier article, a permit to build a duplex is being sought using the flexibility of the Seattle ADU/DADU code recently codified in 2019. The cost to build the duplex is estimated at $700,000. SPU is requiring the applicant to install 500 linear feet of 8-inch diameter ductile iron water main at a cost of $800,000. Such an absurd and disproportionate burden is a “dealbreaker” that will result in the applicant abandoning the project and losing much needed Seattle housing.

The code does not say to install a water main connecting from two intersections over, past a dozen other properties, and continue to the furthest extent of the applicant’s parcel boundary. Such should be a capital improvement paid by SPU’s required fees, not a condition. A proportional requirement would be allowing the development to extend a much less expensive, and much shallower, 1-inch residential feed to the property. This is what has happened when developing every neighboring property.

During a meeting on November 14th with the both the SPU Deputy Director of Project Delivery and Engineering Branch and a Performance Liaison with Mayor Bruce Harrell’s office, both asserted that the phrasing of the code granted the city the right to require a 500-foot water main installation to the property and across the frontage. Also attending the meeting was Aliesha Ruiz, the Seattle government affairs coordinator for the Master Builders Association of King and Snohomish Counties.

This is how the bureaucratic drift unfolds in Seattle. SPU directs the permit applicant away from the actual rules stated in the code and instead asserts the use of administrative handouts, website language, and reports. Such secondary documents do not accurately convey the correct phrasing and intent found within the code. These documents include Client Assistance Memo (CAM) 1201, SPU’s website, and even incorrect information within a report to the Council.

A City of Seattle webpage rearranges the words found within the code and creates phrasing that conveys a completely different outcome. It states, “A water main extension, (WME) or system improvement will be required if a parcel requesting new water service does not abut a standard distribution or suitable water main.” Blatantly missing is the qualifying and significant word “extent.” By excluding this word, SPU has created its own astounding interpretation that does not reflect the actual language of the code.

I pointed this out to the meeting attendees; my concern that the word extent was being confused with the word extend was confirmed.

Both the deputy director and the performance liaison asserted that the phrasing of the code granted the city the right to require a permit applicant to extend a water main 500 feet to the property and across the frontage. Again the code verbiage states “the standard distribution water main shall be constructed in the abutting street to the extent of the parcel boundary [emphasis added] as required by the utility for the orderly extension or efficient gridding of the public water system.”

Creating administrative handouts and website phrasing with incorrect language has allowed SPU to assert unsubstantiated and costly water main upgrades as a condition for permitting much needed housing projects. Many unsuspecting users of the permit system rely upon the City to execute the permit power entrusted to them in accordance with all laws and codes when in fact Seattle has created a system to assert a desired outcome as opposed to that allowed per code.

Few if any users of the City of Seattle permitting system would think to question a City Client Assistance Memo or a City website. Amazingly, SPU has not only pulled the wool over the eyes of permit users, it appears they may have successfully done the same to the City Council.

Within a 2018 report titled Developer Charges and Funding Requirements Seattle Public Utilities presented the City Council a review of eight other utilities in the region. SPU provided a number of findings including: “Infrastructure requirements. All utilities require the developer to pay the costs of the mainline extension in cases where a main does not abut the parcel.”

On the contrary, all utilities do not require this. The limitation placed on water purveyors can be found within state law, as I confirmed with Scott Smith, PE, District Engineer for Silver Lake Water and Sewer District in Snohomish County. He stated that both cities and water districts operate under Revised Code of Washington RCW 35 (Cities and Towns) and RCW 57 (Water-Sewer Districts).

Under these rules, the only reason where a water purveyor can require extensive water main installation is if the water supply demands of the project are significant and a water main is needed to meet the water flow demands of a the project. However, that is not the case for the duplex project cited herein. The water service can be provided with standard water meters and small 1-inch supply lines to each duplex unit.

SPU has thus far succeeded in normalizing non-code supported water main extension via incorrect drift from the code to administrative guidelines. How this verbiage was apparently released without review by the city attorney(s) leads to concerns about the checks and balances of the three branches of government: judicial, legislative, and executive. The concern is whether or not the executive branch is ensuring the legislative intent is reflected. Any alternate wording should be reviewed by the judicial branch of the city attorney’s office to ensure the administrative documents and websites correctly convey the binding language found in the code.

As an engineer, it is my role to advocate for my clients within the boundaries of best practices and sound engineering. It is not sound engineering to extend an 8-inch diameter pipe for two houses, and allow the accumulation of stale water sitting in a dead end water main extension to be delivered to water consumers. It is not a best practice to arbitrarily demand a duplex drop 500 feet of iron pipe into the ground when every neighbor has a 1” direct service line. It’s not good public policy for an agency to contradict the city council’s stated intent to build accessory dwelling units by jacking up the cost of construction with ridiculous conditions.

The City does not have the authority per their own code to require a water main installation beyond the extent of the property boundary abutting the street. Capital improvement water main upgrades beyond the authority allowed per the city code must cease immediately.

Seattle Mayor Bruce Harrell along with his inner circle of advisors must ensure SPU administers the permitting task assigned to them in compliance with the rule of law per the specific verbiage within the Seattle Municipal Code. The Mayor’s office needs to rein in the management within SPU and stop the practice of bureaucratic drift. The City does not have the authority per their own code to require a water main installation beyond the extent of the property boundary abutting the street. 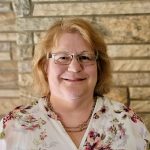 Donna Breske is a licensed Professional Engineer in the State of Washington. She owns Donna Breske & Associates and with her staff provides land use consulting and civil engineering design for numerous infill projects within multiple jurisdictions in the Puget Sound Area. She has a Bachelor of Science in Civil Engineering from the University of Washington and an MBA from Seattle University. She is married to her husband Fred with whom they share two adult children. She grew up in Seattle and is passionate about eliminating absurd impediments from permitting departments and ensuring consistent and predictable outcomes.