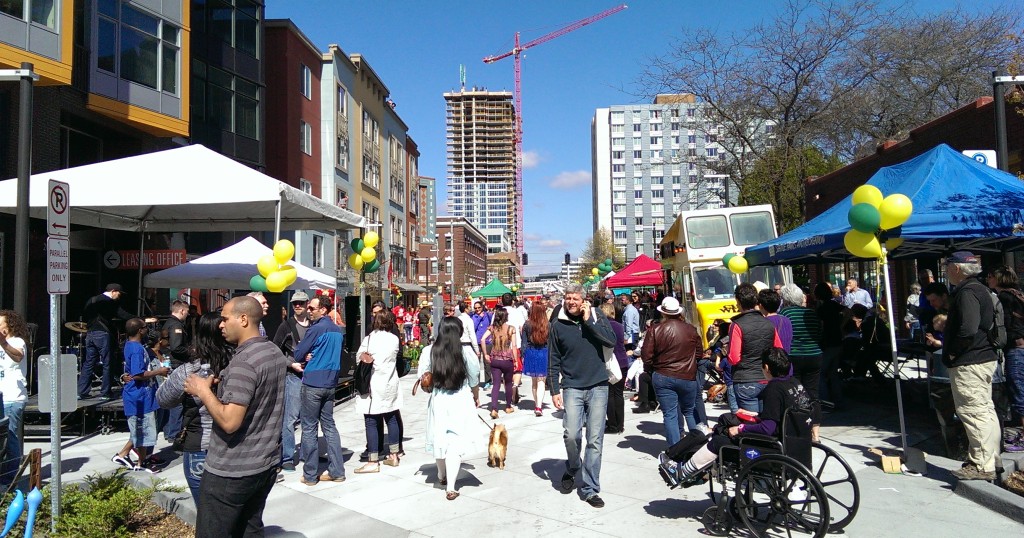 We’re nearing a year since the opening of the 4-block Bell Street Park between 1st and 5th Avenue in the Belltown neighborhood of downtown Seattle. New businesses have opened, traffic patterns have been changed to facilitate pedestrian flow, and consequently more and more people flock to the area.

Later today, the community organization Friends of Bell Street Park will organize an event to solicit feedback from the public on what kind of art should call the park home and what types of events and practices to use for activation. As it is so early in the development of the park, any idea is fair game and has a chance of implementation. The stated goals for art and activation are:

If you can’t attend, you can also provide feedback online at bellstreetpark.com.