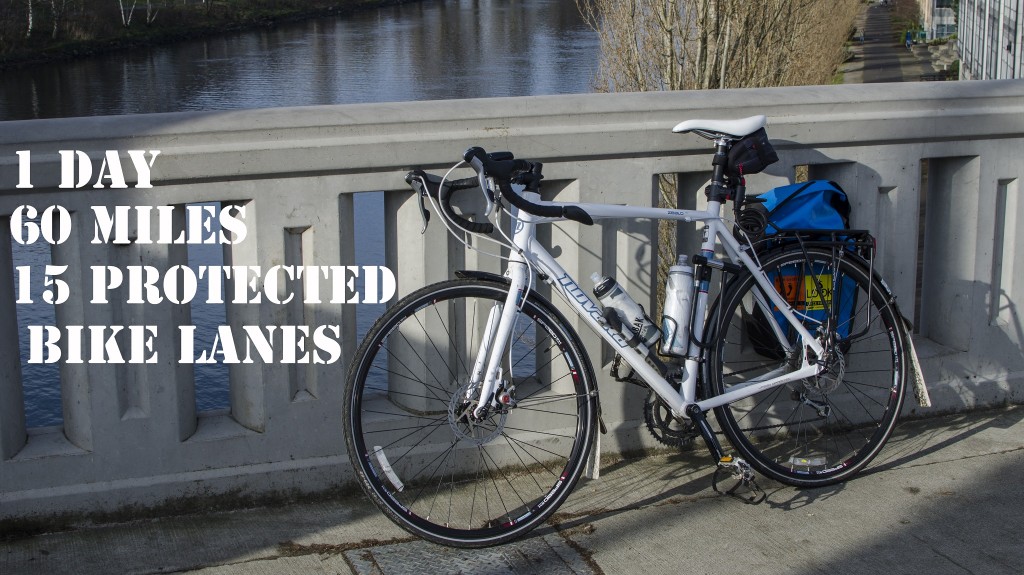 On the beautiful day of January 25th, I set out on an interesting bike trip: hitting all of Seattle’s protected bike lanes in one ride, in one morning. My route would take me 60 miles from the Eastside to Seattle and back to the Eastside, climbing many hills and biking on many great trails, streets, and of course, protected bike lanes in the process (see my route on Strava).

Here’s a rundown of all the protected bike lanes that I rode on: Connection: On the popular Yesler Way bike route from the Central District to Downtown. Distance: 5 blocks for now, to be 25 when fully opened

Connection: Connection for Northeast Seattle to the Burke Gilman at NE 40th St and the University Bridge, eventually to Downtown. Connection: Built as part of the Burke-Gilman detour through UW, also connects the “regular” Burke-Gilman to UW. Connection: Connects Downtown Seattle with First Hill and beyond. Connection: Also part of the route that connects Downtown Seattle with First Hill.

Did I miss any? Let me know what I should ride next in the Comments! And have fun riding your bike around those Protected Bike Lanes!