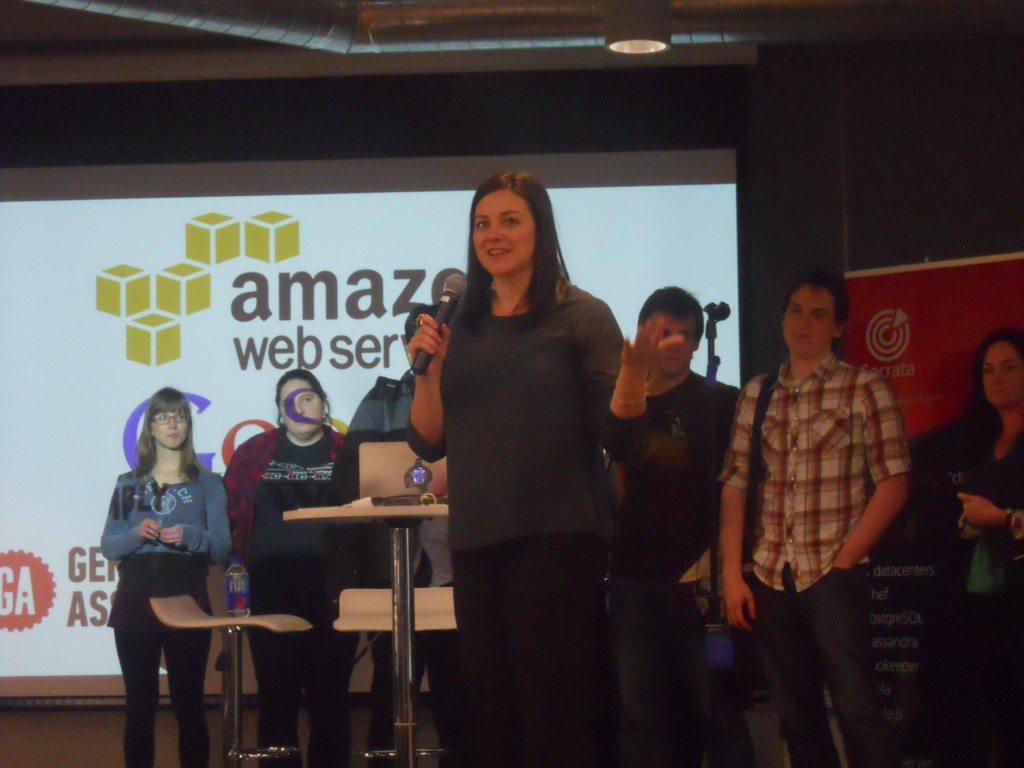 At the end of Seattle’s Hack the Commute on Sunday night the judges selected three potentially game-changing software applications for further development. Over the weekend 14 volunteer teams of data scientists, transportation experts, designers, and software developers created prototypes of smartphone tools that could improve the travel experience across all modes in the city. While nearly all of the teams’ work was innovative,  the top three discussed here will get additional support and will refine their presentations during a championship round next month.

Team Hackcessible was motivated by the information gap facing the 30 million Americans who have trouble walking, using stairs, or are confined to wheelchairs. They are severely hampered by broken elevators, sidewalk closures, steep hills, curbs, and cramped bus stops that do not enable lift ramp deployments. Hackcessible would help this undeserved community by identifying the easiest ways to get around on foot or with mobility devices. The app places layers of existing public datasets over a Google Maps background. It would also enable users to self report changes or problems they encounter on the streets.

The app by Geo Hackers for Good saw an opportunity in the 120,000 new residents Seattle is planning for over the next 20 years: Getting them to adopt sustainable commute patterns before they even move here. The app works by matching newcomers’ job locations with neighborhoods within their ideal commute distance and by mode of travel. If a new South Lake Union employee prefers a 30 minute or less bus commute, for instance, the app’s visualization might stretch north to Roosevelt and south to the International District. The team’s proposal also included driving and bicycling options. The success of this app could depend on the city partnering with businesses to share with employees.

Slugg could finally break through the considerable barriers to carpooling: lack of trust, convenience, and reliability. The app is based on current location and user profiles, which require real names and which company users work for. Drivers passively indicate when they’re leaving, where they’re going, and how many passengers they can take. Passengers actively browse a list of nearby drivers and sign up for a seat through the application. It would be geared toward people on the 9-5 schedule working within a few blocks of each other, but it could potentially be used by casual travelers. It might be improved by partnering with other car services like Uber and Lyft to offer ride guarantees. It could also list bus routes as alternatives if something doesn’t work out.

These top three apps could prove to be transformative for tech-savvy Seattlites, but it will be critical to also develop websites, phone lines, and other mediums for those without smartphone access. Hack the Commute’s impressive collaboration among multiple transportation agencies and technology companies will probably ensure all options are explored. And, perhaps more importantly, they are applicable outside of Seattle and could be useful for urbanites across the globe.

In no particular order, here are the other proposals that were developed. These teams were no less impressive and will also be encouraged to update their work over the next month. The championship round is April 29th at Seattle City Hall. Keep an eye on the project website for the registration link.

Future updates will be posted on the progress of all of these ideas and the results of the championship round on April 29th.