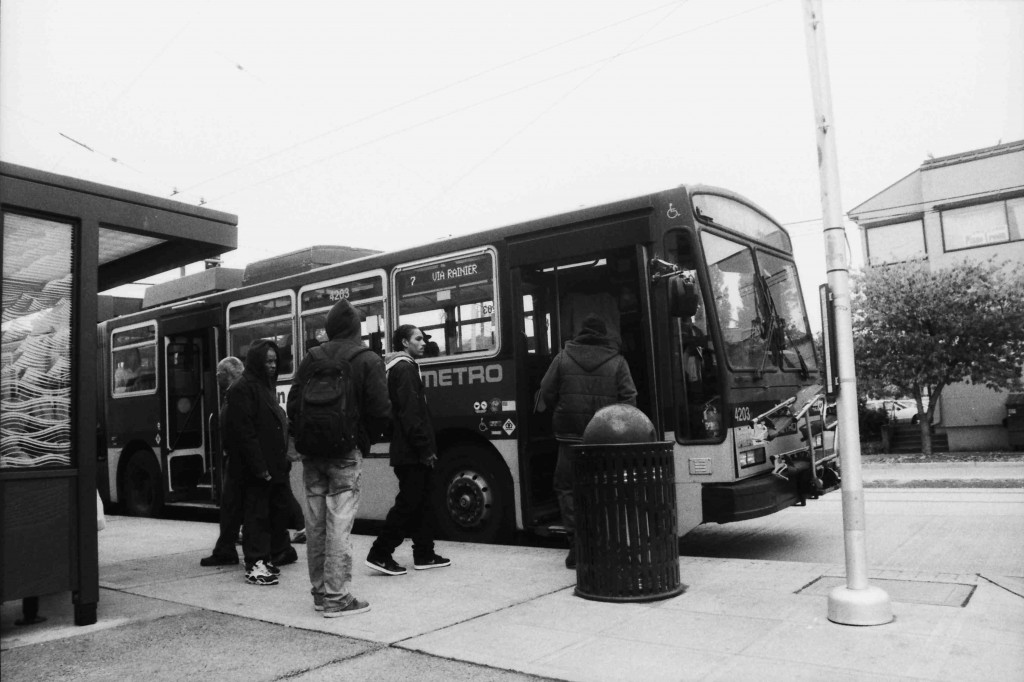 “How’s it going?” I nod to a man clad in brown and black.

To me he then directs his full attention, saying, “and how are you doin’?”
“Fantastic, man! Busy but great, you know!”

“Man,” he says, shaking his head with a grin equal parts impressed and amused, “you are the best! You got one of the best attitudes of anybody out here….” He continues praising me to the high heavens while I go through the “aw shucks” routine, resisting the compliments. I have no idea how to take such kind words. He tops it all off with a joyful exclamation– “man, I don’t even LIKE paying the fare! But when I see you, man,”
“The wallet come out?”
“Yeah man, I be happy to. I THOUGHT it was a good day, ’til I stepped on your bus and realized it was a GREAT day!” Turning to the fetching young thing next to him, he says, “isn’t he something?”

“Coming from you that’s an honor,” I say in response, meaning I can see how truthful he’s being. He has no reason to butter me up. I praise his good spirits as well, and we continue up the roadway, exuberantly.