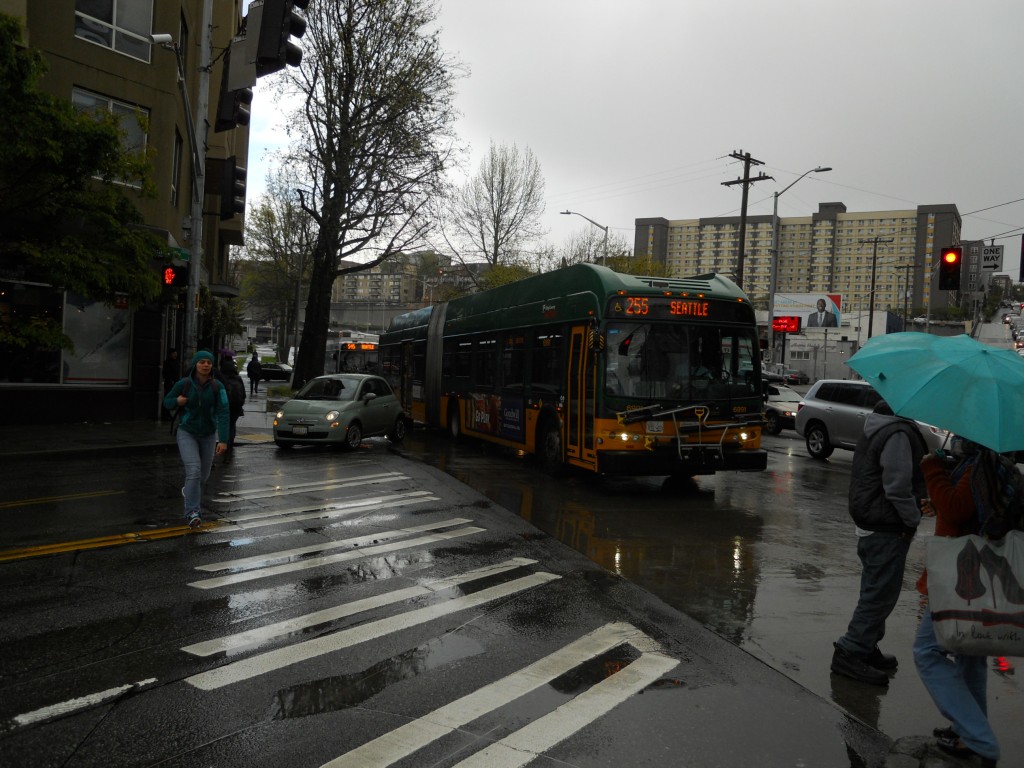 Today, King County Metro released a more refined “Alternative 3” for how bus service could be restructured around Seattle’s two new light stations, opening in early 2016. This proposal is a hybrid of two earlier options and incorporates a wide variety of public feedback. And, critically, this version includes Prop 1 service hours approved by Seattle voters in 2014. Throughout May, Metro and Sound Transit are conducting another round of public outreach to see where tweaks can be made, and then a final proposal will be sent to the King County Council this summer and implemented March 2016. Check the Metro website for more information on that.

Metro staff heard the most excitement for Alt 1 in northeast Seattle, where several routes are proposed for consolidation, realignment, and boosts in frequency. There was less consensus for either Alt 1 or 2 in the Capitol Hill area. Alt 3 is a compromise among competing interests but provides a much simpler network that will provide convenient connections to the new light rail stations.

This is a summary of the major changes in Alternative 3 north of the Ship Canal.

There will be extremely frequent service to the UW Link station from the University District and Roosevelt; with the 45, 48, and 67, a bus to the station will come by every three to five minutes during the morning and afternoon weekday peaks. These three routes would run down The Ave, which I still have reservations about due to 15th Avenue’s capacity. The routes would be rerouted 3 to 4 blocks away to the Roosevelt/11th corridor on Saturdays to detour around the University District Farmer’s Market.

However, having 15th Avenue lose bus service between 50th and 65th Streets may support the idea for a street reconfiguration that would see the addition of new protected bike lanes. Buses may also avoid delay from SDOT’s proposed reconfiguation of the Cowen Place intersection.

This is a summary of the major changes in Alternative 3 in central Seattle.

Service levels on the Pike/Pine corridor are kept at their current levels.

Metro is no longer proposing any route changes for the Eastside. They did not receive an adequate amount or direction of public feedback from those communities. Similarly, Sound Transit has toned down their proposed routing changes for SR-520 express routes, but is making some notable tweaks.

The 540, 541, and 542 will all stop at the UW Link station. Alternatively, riders from any of those routes could transfer at an SR-520 freeway station to the 545, which will continue to serve Downtown Seattle.

This refreshed proposal is a much clearer and robust transit network than the earlier alternatives. This network quickly connects many residents with the two new Link stations while also preserving some alternate options for getting to Downtown, the region’s primary employment center and travel destination. More information and details are available via YouTube in the Talk with Ted Day series and on the U-Link Connections website. Metro is accepting feedback via surveys, emails, phone calls, and public events through May 31. The online survey can be found here.

Article Note: This article is a cross-post from The Northwest Urbanist.

Editor’s Note: The route 545 notes have been corrected. Turnbacks for the 545 were discussed in earlier meetings but were not in the final proposal. Additional a link the online survey for collecting comments has been added.