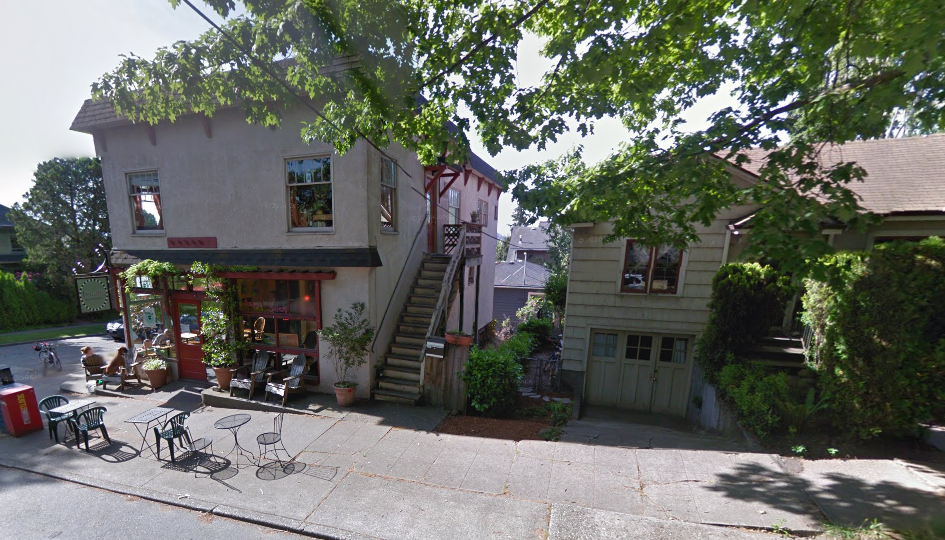 After a bold release by The Seattle Times yesterday, we learned that a series of possible changes to building typologies could be on the way for Seattle’s single-family residential zones. Danny Westneat, a columnist with the newspaper, wrote a short piece about the issue in his weekly column. Westneat described members from the Housing Affordability and Livability Agenda (HALA) Committee as pushing him to not publish the piece. I largely sympathize with the logic to publicize these big policy proposals; a public debate is important. But, his article illustrates exactly why some things have to be discussed in private before a final version is released.

The Seattle Times decided to go with an extremely inflammatory headline: “Get rid of single-family zoning in Seattle, housing task force says in draft report.” But that doesn’t accurately capture the meaning of the draft proposal.

Imagine reactions people might have after reading the headline. Urbanists were probably excited at the bold step. I thought it likely meant more building types and density in single-family residential zones. Westneat described the changes as possibly eliminating a “defining feature” of “Seattle’s strong neighborhood feel.” This latter reaction is much closer to the Seattle Times’ commentators:

Westneat gets both the tone and the facts wrong. While the HALA Committee does recommend abandoning the term “single-family zone,” understanding the details is critical. First, I’m going to examine the claim provided by Westneat:

Most dramatically, the committee is considering a recommendation to do away with single-family zoning — which for a hundred-plus years has been the defining feature of Seattle’s strong neighborhood feel.

To begin, the proposed changes would likely only apply to Urban Villages and/or their surrounding areas. This is nowhere close to eliminating the 65% of zoned land in Seattle devoted to suburban-style housing. This isn’t radical. It’s also unclear how a place can be an Urban Village while only allowing suburban housing types and virtually no other uses. A more accurate headline might state, “HALA Committee Recommends Actually Allowing Urban Villages.”

Furthermore, many of the areas that would be subject to change already see building and land use variety. Many areas zoned for single-family residential have varied character. They have commercial businesses, medium density residential, and larger buildings that were grandfathered in or exempted; buildings and uses that don’t actually meet the current zoning requirements. Single-family residential zones don’t even meet the traditional meaning of the term, allowing for institutional uses, home businesses, and even people who aren’t related to live together (gasp!). Again, the minor proposed changes to building typologies is barely a change at all, let alone a radical step.

Secondly, it is hard to see people lumping Mayor Ed Murray and Councilmember Kshama Sawant together politically. The only way that makes sense is through the vacuous suggestion that Seattle’s character is dependent on suburban homes rather than diverse people, uses, and business. Weastneat echos this idea when suggesting that this would change the bedrock of Seattle’s neighborhood character. What neighborhoods is he thinking of anyways? It certainly isn’t Georgetown, the International District, Capitol Hill, Columbia City, or many others with a wide spectrum of uses and building types.

Thirdly, Seattle definitely hasn’t maintained its “strong neighborhood feel” for over a hundred years because of single-family residential zoning. Zoning arguably didn’t even exist until the 1920s and it definitely didn’t act as a force to shape Seattle’s neighborhoods into single-family detached structures until much later.

Lastly, Westneat’s article completely fails to grapple with the reality of maintaining suburban-style zoning. Commenters are quick to decry the possibility of becoming New York or San Francisco but apparently ignore the alternatives. Should Seattle be more like Dallas, Houston, or Phoenix? Do single-family residential zones actually serve an important purpose that outweighs the drawbacks? Westneat doesn’t address this explicitly.

As it currently stands, many areas of the city don’t allow new construction to build fundamental needs for our daily lives. They legally exclude nearly all buildings and uses besides suburban homes. Yet on the flipside, they allow home businesses, grandfathered uses, institutional uses, and much more. Are we doing more harm or good when we prevent new corner grocery stores in 65% of the city? Or taking the view of density opponents, if there are so many negative side affects to multi-family zoning, why is it acceptable for only a small portion of the city’s population to bear the brunt of this burden? These are the real questions we need to grapple with and sort out. This is the purpose of a public debate. Supposedly this is why Westneat published his piece, but he completely glossed over all of the important context.

What The Proposal Actually Says

As Westneat notes, the proposal begins by articulating some of the problems with the current zoning in Seattle. For starters, the term single-family residential zoning is not very accurate. Furthermore, the term has a long history of exclusion. There are good reasons to depart from this practice. Overall, the proposal isn’t too radical and focuses on just a few areas of low density residential areas:

To get more detail on how the draft was put together, you can read through the actual votes on specific proposals. Contrary to The Seattle Times‘ headline and tone of Westneat’s article, this is extremely preliminary and a relatively small step.

Westneat and The Seattle Times would have a hard time coming up with logical reasons a city should plan for suburban-style zoning, but this conversation wasn’t even attempted. Instead, Westneat’s article avoids the journalistic responsibility of grappling with costs, benefits, and alternatives. This is similar to Westneat’s previous articles criticizing the police and transit agencies without actually articulating an understanding of the problems faced by these organizations.

In truth, many people choose to pay more for less housing so they can access urban benefits. These benefits are largely unavailable in single-family residential zones and suburban neighborhoods. Many of those neighborhoods aren’t economically accessible to a vast number of people because they fundamentally limit the amount and diversity of housing. Westneat mentions this through quotes of committee members, but instead saves his editorializing to remark on how dramatic this proposal is.

The city must be in the business of expanding access to urban benefits, and single-family residential zones are one of the biggest obstacles to this goal. They restrict the number of people who can live in the city and they restrict the areas that can even have urban benefits. This is at the heart of the draft proposal. This isn’t to say we should follow the inflammatory suggestion of The Seattle Times article and eliminate these zones. But reform is critical. These changes have been bitterly opposed at every turn, with analogies to rape and neighbors crying during public testimony. It’s likely this irrational opposition is at least partially due to inflammatory framing. Staff at The Seattle Times should be asking themselves today if they think inflammatory clickbait is more important than educating readers.