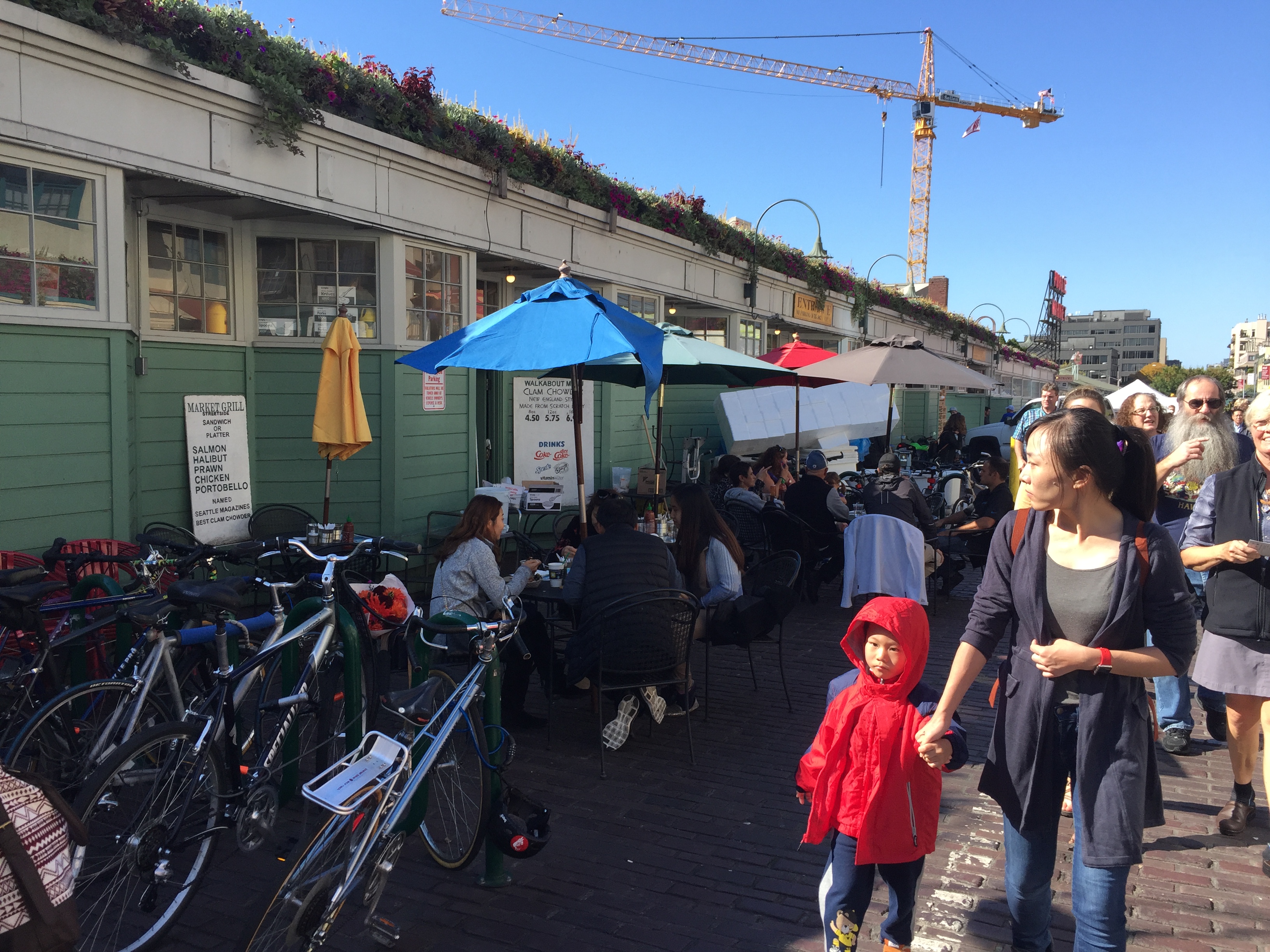 Two researchers, Xi Zhu and Cynthia Chen, from the University of Washington released a new study last year to determine what factors affect the rates of walking and biking amongst different income groups. Their research reaffirmed findings of similar studies that show an increased propensity to walk or bike for people living in denser neighborhoods where access to local jobs, services, and other amenities is abundant. In the Seattle area, this propensity to walk or bike is held in common amongst urban dwellers regardless of income status. But it’s from there that the data quickly diverges between low- and high-income groups.

Zhu and Chen based their research on a 2013 survey sent to households throughout King County. Astonishingly, the survey asked respondents over 100 different questions ranging from the quality of their built environment to how they make transportation choices. Using a locational sampling methodology, researchers were able to isolate their research to the highest and lowest density residential neighborhoods near the State Route 520 corridor.

Amongst those surveyed, researchers determined that the median annual household income fell between $60,000 and $80,000 for respondents. Broken into low-income and high-income groups, the researchers found that the median annual household income for low-wage earners was between $40,000 and $60,000 while for high-wage earners it was more than $140,000. Looking at household demographics, the data suggests significant differences between income groups:

Researchers were able to establish specific reasons for walking and biking between income groups:

The table below shows these attributes definitively.

Fundamentally, the research boils down to two key themes for the respective income groups:

Researchers suggest that policymakers should see this study as both encouraging and challenging. It’s clear that the built environment dictates how individuals will respond with walking and biking habits. However, low- and high-income households respond very differently. In the case of low-income households, walking and biking rates increase with community density and accessibility. Yet, as their economic situation improves, their propensity to walk and bike is eroded due to higher motorized vehicle ownership. Meanwhile, high-income households are only sensitive to the aesthetic qualities of communities, meaning that increasing walking and biking rates amongst that group would require investing in neighborhood beautification.

So then, if these are the factors at play, what do we do to increase walking and biking amongst all income groups?