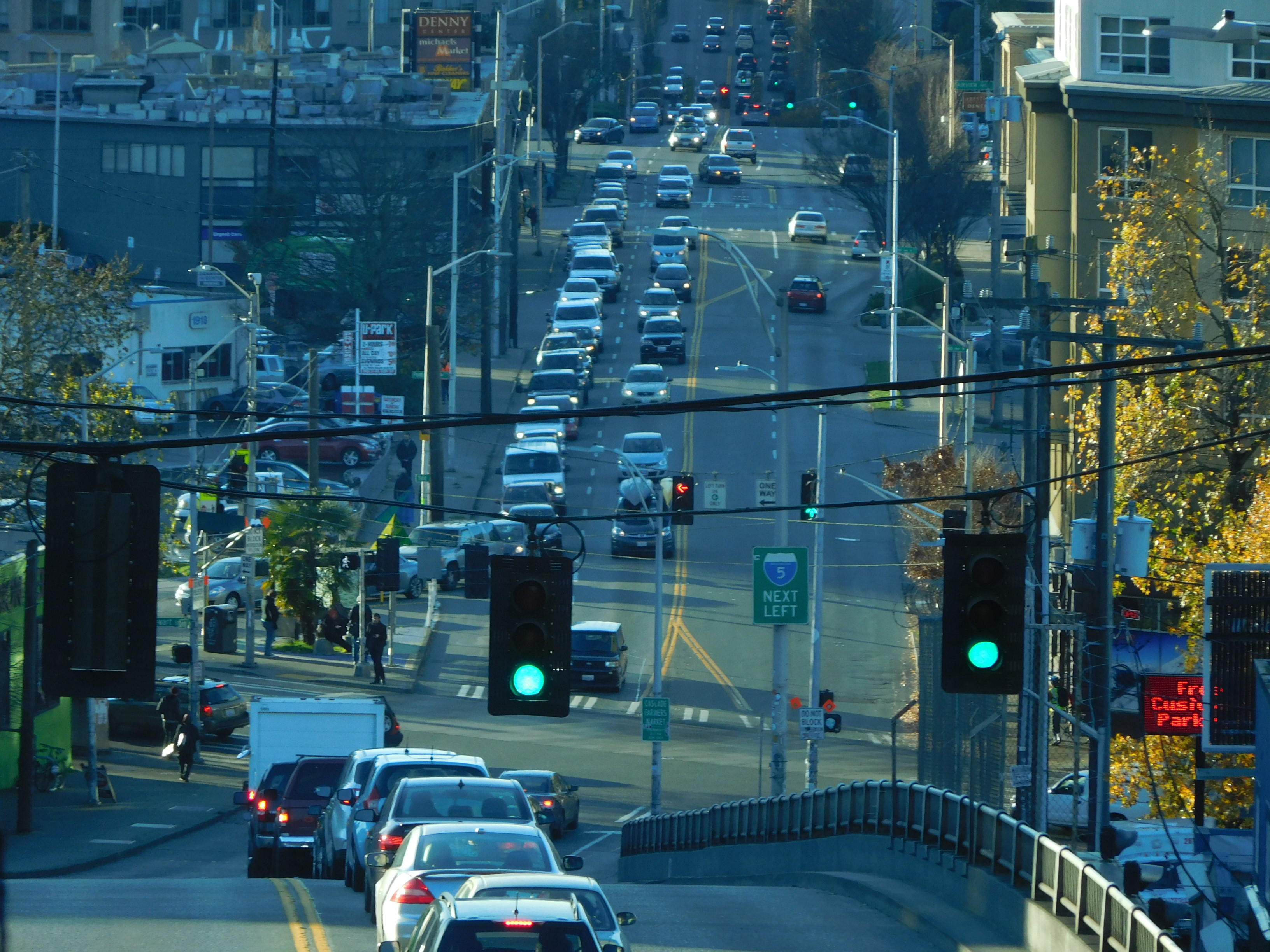 King County Metro (Metro) is working with the Seattle Department of Transportation (SDOT) on a plan to improve travel times and reliability for the Route 8. The plan focuses on a series of crucial chokepoints for the route along Denny Way. Metro is utilizing grants from the Federal Transit Administration (FTA) & the Federal Highway Administration (FHWA) to pay for the project’s estimated $1.4 million cost. The money will be used to fund a broad series of improvements on Denny Way between Queen Anne Ave N (Uptown) and 15th Ave E (Capitol Hill). The improvements have been identified by Metro, but the exact details about how and when to implement them are still being worked out between Metro and SDOT.

These improvements will occur after Metro has split the 8 into two routes this coming March: the current Route 8 will terminate at Mount Baker Transit Center and the new Route 38 will take over the portion of the current Route 8 between there and Rainier Beach. Splitting the route in two should also improve reliability somewhat, but Denny Way will still remain the route’s Achilles heel.

In general, the tools that Metro is looking at to speed up Route 8 are:

And while not directly tied to this project, the improvements that are currently being put into place along Westlake Avenue for benefit of the South Lake Union Streetcar and Route 40 will also benefit Route 8. That project will establish new roadway restrictions, including no right turns onto Denny Way from Westlake Avenue. This change will preempt vehicular traffic from turning in front of Route 8 when it is sitting at the Westlake Avenue intersection during a red light phase.

SDOT has recently made traffic signal adjustments to the intersections along Denny Way, in anticipation of the improvements in South Lake Union.

The Priority Bus Corridors are the routes or segments of routes that are not good candidates for a higher quality bus rapid transit (BRT) treatment that a RapidRide+ route might receive, either because SDOT does not think the ridership along that route warrants it or because the street(s) where that route runs would not accommodate itself well to the improvements that would be needed to provide higher quality BRT service.

Of these identified Priority Bus Corridors, the one that would yield the highest benefit in terms of reduced travel time compared to the current service is the corridor of Route 8 between Uptown and Capitol Hill. The TMP estimates that if the targeted improvements are implemented, travel time would be reduced by 22% for riders going from one end of the corridor to the other.

A 22% time savings is a better travel time improvement than three of the seven new proposed RapidRide+ bus corridors. This is particularly remarkable due to the fact that RapidRide+ improvements are accompanied by off-board payment and all-door boarding that reduce dwell time, in addition to separating buses from traffic or allowing buses to jump a queue of cars. Improvements to priority bus corridors will only be roadway improvements. In other words, money spent on this corridor is a much higher value investment than in other places in the transit system in terms of capital improvements.

The TMP identifies a much larger cost to improve the corridor: $40 million. The $1.4 million project cost here is a much more targeted improvement focused on the most time-sucking bottlenecks.

These are based on the analysis of seconds saved:

The main time saver for the route will be a bus lane along eastbound Denny Way between Fairview Ave N and Stewart Street. Metro has presented several options to SDOT to rechannelize the corridor to allow a bus lane, but the one that it analyzed in terms of travel time was a long bus lane created by converting a westbound lane to an eastbound general purpose traffic lane, and turning the center lane into a bus lane. This option would require the removal of one westbound bus stop, shown on the map below on the north side of Denny. (Note: Pontius Avenue N is not shown on these maps between Minor Ave N and Stewart St as that street is planned to be subsumed by the Denny Way substation City Light project, which ironically had planned a substantial improvement to the same bus stop.)

Another option is to purchase right-of-way from the developer of the property to the south of Denny on this block, currently in the works to become home to twin 35-story towers containing a hotel and residential complex. This would allow the two westbound lanes to remain, and still provide the space to add a long bus lane by moving the I-5 queue lane further south. This should provide the same amount of time savings as the long bus lane option, and allow the westbound bus stop to remain where it is.

The right-turn-only lane option would only open up the area directly in front of the Stewart/Denny stop and is the weakest option.

SDOT and Metro are also considering a way to divert I-5 traffic to make Denny less congested and allow the 8 to move more freely around Stewart. This option would not include a bus lane, and would involve closing Yale Ave and diverting traffic to the freeway via a street like Minor Avenue. Even with this option, a bus lane should still be considered. This option was not considered among the initial set of options and only came to be considered fairly recently.

The estimated travel time savings as a whole, during peak hours and assuming the longest bus lane option, are about a minute and a half on average per trip eastbound and a minute westbound. But the real value in these improvements will come with making Route 8 much more reliable than it is now. By providing a way to remove impediments along the length of Denny Way that slow down the bus a little bit each time, and by allowing the 8 to bypass the traffic queuing onto I-5, the bus you are catching should become much more dependable, all along the 8 route from Queen Anne to Mount Baker. Transit riders should be pleased with progress being made to improve the 8 on Denny, as this route will become even more important than it is now with the opening of Capitol Hill station.

The changes are very encouraging for users of the corridor, though they should be expedited as much as possible as this area experiences such rapid growth. Investments that are being made in transit service could have a much bigger impact if high-ridership corridors moved more quickly and efficiently.