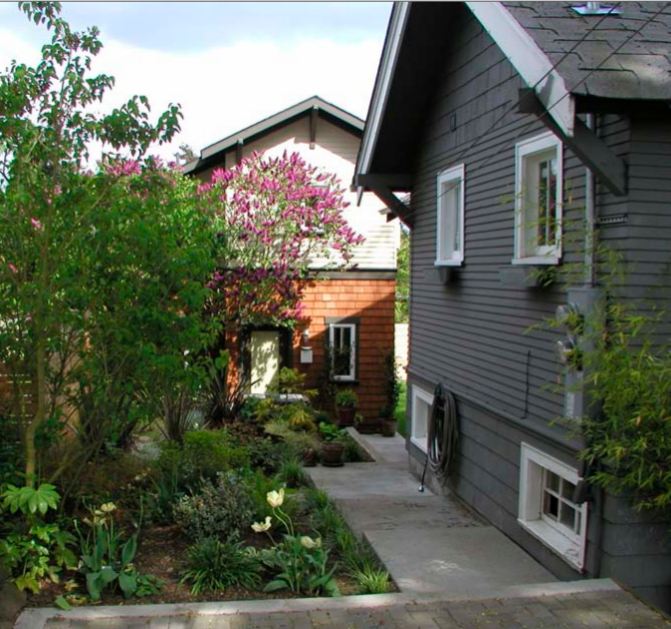 Backyard cottages (also known as mother-in-law cottages, detached accessory dwelling units, or DADUs) are a great way to increase density in a neighborhood without tearing down existing housing stock or altering the character of a neighborhood. Because they’re located in a backyard, they’re often not even visible from the street. They’re naturally small, as they must fit within the footprint of an existing lot with a house on it. Seattle additionally limits their size to no more than 800 square feet. As Seattle seeks to increase its absolute housing stock to combat rising rents, backyard cottages provide a comfortable and low-cost option for individuals and small families.

I bought my home in 2014 with the intent of building a backyard cottage on the property. The property is a mere 4,080 square feet, with a large flat backyard that is mostly wasted space. The plan was to buy a small, prefabricated, and super-insulated (to Passive House standards) house. We would install it and move into it while we brought the main house up to Passive House standards as well, adding insulation and ventilation. We would then move into the main house while my parents (who are currently living on the East Coast, and want to move closer to us) move into the backyard cottage.

Unfortunately, Seattle’s backyard cottage requirements proved too onerous for us to move forward with building one. The requirement of an additional parking space was a bit irritating (especially considering that my family lives car-free near the future Roosevelt light rail station), despite the fact that we do technically have two parking spaces. But more frustrating than that, it was the owner-occupancy requirement that made us scrap our backyard cottage plans.

The owner-occupancy rule requires that we sign a covenant with the City promising that we would spend at least half the year living on the property. In the case that either my wife or I wanted to spend more than six months out of state in any year, we’d need to ask the City for permission. If we didn’t get permission, we’d either need to stay put, rip out the pieces that make it a separate cottage (including plumbing and electrical fixtures), or risk excessive fines. We could easily imagine situations where a family member with health problems meant we’d need to live outside of Seattle for half of the year.

This rule turns a backyard cottage from a feature into a liability. It applies to anyone we might sell the property to. This lowers our property values, as the property is less appealing to someone who would need to either sign the covenant or rip out the cottage after they acquire the property. It also lowers the number of prospective buyers, which could be truly problematic in a down market. I know it’s hard to imagine a slowdown in Seattle’s red-hot housing market right now, but they do happen!

The rule also stifles any sort of local backyard cottage building industry. Shipping a house long distances is expensive. We found plenty of prefab house suppliers in other cities, but Seattle only had a few local prefab makers. Those local prefab house suppliers all had buildings bigger than 800 square feet with the exception of one (who wouldn’t return our emails or calls). After reading more about the owner-occupancy rule, we understood why.

Instead of moving into a backyard cottage, my parents will likely need to buy a separate house or condo. This will further diminish Seattle’s available housing stock, increasing rents and housing prices. If Seattle wants homeowners to build backyard cottages, it should examine why people are not currently doing so instead of worrying about developers exploiting theoretical loopholes.

The Office of Planning and Community Development will hold a public meeting tonight (Wednesday, February 3rd) to discuss backyard cottage regulatory changes. It will be held at the Wallingford Community Senior Center from 6pm to 7.30pm. Weigh in on the issues with City staff, including Councilmember Mike O’Brien.